The UK has delayed new assessments on goods arriving into Northern Ireland from Great Britain after tensions but the EU has refused to do the same. International Trade Secretary Liz Truss urged the EU to work with ministers to resolve the problem.

“I strongly encourage them to work with Lord Frost, to be grown up and reasonable about this and make sure we have got proper working arrangements to make trade flow over the borders,” she said.

Trade figures show exports of UK goods to the bloc dropped by 41 percent in January as the Brexit transition period came to an end, but freight levels returned to normal levels in February.

Lord Frost, who negotiated the Brexit deal, said a “unique combination” of factors made it “inevitable” that there would be some unusual figures in January.

He said “caution” should be applied when interpreting these statistics.

“As well as changes to our trading relationship with the EU, we also saw: evidence of stockpiling late last year,” the Cabinet Office minister said. “This meant less need to move goods in January.Act like grown ups! Furious Liz Truss tells EU to stop petty game over border checks 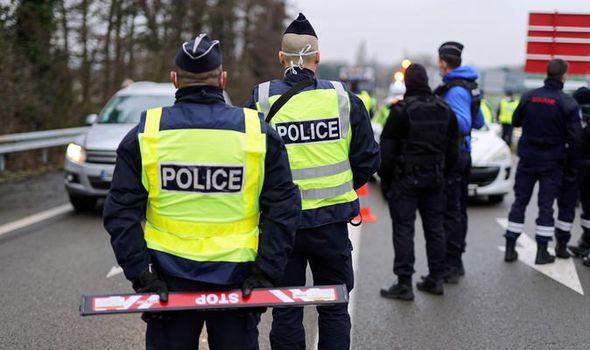 “These effects are starting to unwind. The latest information indicates that overall freight volumes between the UK and the EU have been back to their normal levels for over a month now, ie since the start of February.

“We are supporting firms through this period. Many businesses have made the changes needed to trade effectively with the EU, but we are focused on providing active and extensive support to others who need to adapt.”

The UK economy shrank during lockdown by 2.9 percent but the fall was lower than the 4.9 percent economists had predicted. 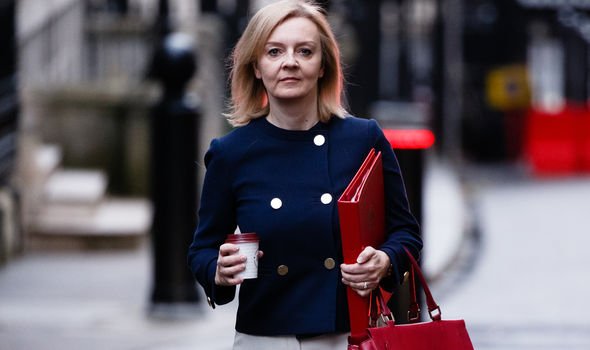 Jonathan Athow, from the Office for National Statistics, said: “The economy took a notable hit in January, albeit smaller than some expected, with retail, restaurants, schools and hairdressers all affected by the latest lockdown.

“However, increases in health services from both vaccine rollout and increased testing partially offset the declines in other industries.

“Both imports and exports to the EU fell markedly in January, with much of this likely the result of temporary factors. Returns from our more timely surveys and other indicators suggest trading began to recover towards the end of the month.”