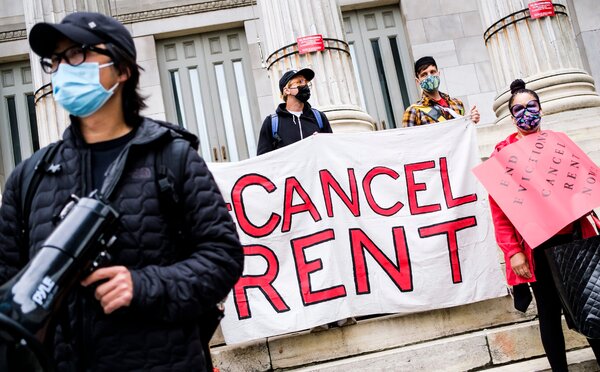 A federal judge on Wednesday struck down the Centers for Disease Control and Prevention moratorium on evictions enacted by Congress last spring and extended by President Biden until June 30.

In a 20-page decision, Judge Dabney Friedrich of the U.S. District Court for the District of Columbia, who was appointed by former President Donald J. Trump, ruled that the Department of Health and Human Services had exceeded its authority when it imposed the freeze. The moratorium had been enacted under the Public Health Service Act of 1944, which gives the federal government the power to impose quarantines and other measures to deal with health emergencies.

“The question for the court is a narrow one: Does the Public Health Service Act grant the C.D.C. the legal authority to impose a nationwide eviction moratorium?” wrote Friedrich, a one-time staff member to former Senator Orrin Hatch and was appointed to the court in 2017. “It does not.”

A White House spokesman did not immediately comment on the ruling.

The CARES Act, passed in March 2020, included a 120-day moratorium on evictions from rental properties participating in federal assistance programs or underwritten by federal loans.

On August 8, 2020, Mr. Trump extended the moratorium through an executive order, citing the possibility that evictions could spread the virus by forcing a large number of families to relocate to new shelter — or double up in overcrowded situations.

Shortly after taking office, President Biden extended the moratorium. He did so over the objections of landlords, real estate agents and residential apartment trade associations who argued that the freeze was an unfair interference in the free market, despite the inclusion of billions in emergency housing assistance in recent congressional relief packages.

In November, the Alabama Association of Realtors and a similar group of real estate agents in Georgia filed a lawsuit, claiming that the moratorium, and similar ones passed by states, shift the burden for rent payments “from the tenants to landlords, and that landlords across the nation stand to lose billions collectively if the ban is extended into 2021.”

Groups representing tenants have argued that the moratorium, while not universally effective, has prevented thousands of evictions of low-income tenants, especially among women-led households that are often the most likely to fall behind in payments.

The Biden administration has been stepping up pressure on the nation’s biggest residential landlords following reports that apartment building owners were seeking to evict tens of thousands of renters despite the moratorium.