The government has done a U-turn on its plan for certain groups of pupils to go back to school after many headteachers refused to do so. We ask schools what the obstacles have been. 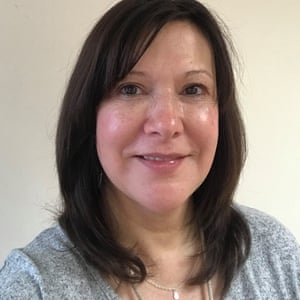 ‘I had sleepless nights’

“We were all set to open on 1 June and I had informed parents we would. We had figured out the practicalities: the ‘bubbles’ the children would go in, the teachers who would work in each classroom and the outdoor space we would spread out in, to keep to social distancing rules. We even bought a marquee where staff could eat at lunchtime.

But then I got the information from the independent Sage group, which said waiting until 15 June would halve the risk to children. I had sleepless nights that weekend. I didn’t feel I could ignore that advice. I became really uneasy – I didn’t feel convinced or sufficiently well-informed to make that huge decision – and I asked for a governing body meeting to discuss it. My governors were very supportive of a delayed wider reopening so I contacted parents again and explained that I had changed my mind. Now we are keeping the decision under review.

Other primary schools in my area reopened more widely to pupils on 1 June and I totally respect the decisions those heads made. But the idea didn’t sit well with me. I’m concerned not just about staff passing the virus on to children and vice versa, but it leaking out into the wider community and affecting vulnerable adults and grandparents.

I’m anxious to get the children back into school. I’m concerned about their education but I’m actually more concerned about their mental health and wellbeing – I feel they do need to come back. But the health of the whole community weighed more heavily. I thought: if a delay of two weeks halves the risk, then that is worth doing.

Since I made that decision, parents have been extremely supportive. They’re pleased. They know that we just want to keep their children safe.” 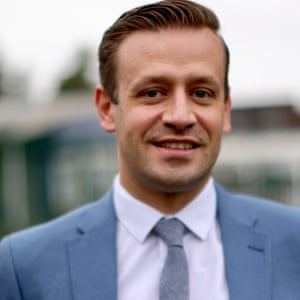 “My governors and I found the advice from the independent Sage group really worrying and also the concerns being raised by the teaching unions.

I have a massive feeling of responsibility for all my staff and I wanted to do this right, not fast. The worst-case scenario for me would be if someone gets ill, or worse, because I didn’t take the right precautions. I feel confident I’ve got the back-up of my local authority, Birmingham city council, which has publicly supported school leaders making their own decisions about when it is safe to reopen.

So I have spent the past couple of weeks risk-assessing all of my staff. Out of 145 staff members, 23 are shielding and another 25 are clinically vulnerable, for example they have asthma, diabetes or are from a BAME background. I’m also concerned about our pupils – we’ve got a lot of children who live in three-generation households. I wanted to have time to find out from parents what their risk level is, individually.

But the biggest obstacle is that I need to make sure that my staff have enough PPE. We work with some of the most vulnerable and challenging young people in Birmingham, who have been excluded from mainstream schools. We’ve got some very difficult primary school-aged children who might regularly need holding, either to comfort them or keep them safe. Sometimes these children do very risky things like climbing or trying to hurt other people, and a small number are known spitters.

That’s the reality of the situation, it’s a reaction you sometimes see from very young children when they get upset. When you’re going to be in very close physical contact with a child like that, you’re going to need PPE: apron, gloves, a mask and goggles or a visor.

We know our kids are better off in school. But I have to ensure we have a consistent supply of PPE before I can decide when we will reopen – and it has been a real challenge to source. I’m still working on it.”

‘We don’t have staffing or space’

“Other schools in my local area did reopen more widely on 1 June, but those schools have more staff and space. It’s more complicated for smaller schools like ours because you don’t have the staff or the space to spread out.

Our parents have really understood that, as a school, we want to do what’s right by their children and make decisions based on our own circumstances, not on what other schools are doing.

I wanted to make sure we were following all the safety guidance from the trade unions. That way, when we do reopen there is no question that we are doing it in the safest way possible.

I decided to speak to all the stakeholders over seven days and fully involve our staff, who have been brilliant, in the planning. We are currently in talks with the teaching unions, who have been great. The unions have asked me to carry out our staff meetings remotely, which I think is fair.

We are also going to make sure that there is PPE for staff if they need to do anything like first aid. That’s not been cheap to source, but it was the right thing to do. We are making sure that we have the right cleaning materials in school and can maintain a 2-metre distance where possible.

Discussions are ongoing between the unions and the local authority, which is one reason why I didn’t feel it would be fair to identify my school: I don’t want to put those discussions in jeopardy. We hope to open more widely very soon.”

‘We don’t have a cleaning service, or enough toilets’

“Our preschool takes place in shared premises: the village hall. Lots of people have keys so we can’t confirm it would be kept sterile. We do not have the toilet facilities you might need to keep groups of children separate, there’s only one male and one female toilet.

We don’t have a cleaning service. Cleaning is normally done by an elderly caretaker, and we can’t ask him to deep clean in the way we would need. We would need to find a company to do that for us daily, and it would be difficult, as a charity, to cover that cost.

We considered whether the children would be better off at home with their parents and their own stuff around them, or at a setting where there’s nervousness around infection control and hand sanitising. Our staff felt it wasn’t in the best interests of our children to reopen. The preschool would be so weird and unlike anything that the children had encountered previously, that we felt it would be more likely to make them anxious or upset than if they stayed at home.

We couldn’t allow parents to come in and settle them, because we have only one entrance. We wouldn’t be able to allow the children to play with all the toys. Normally, we do lots of singing – but we would feel nervous about that, because singing may be an activity with a very high risk transmission.

We also looked at the overall infection and transmission rates. We did not feel confident that the contact tracing and the testing was up and running properly. It felt very rushed.

There are only a few weeks until the end of term. I think the government should have just said: everybody go back in September. That would have given people plenty of time to plan.”