Even a small sample of the Warner Bros. 2021 film slate suggests the studio’s big-screen ambitions: A desert-planet messiah who can kill with a word (“Dune”); a colossal clash between mutant monsters (“Godzilla vs. Kong”); a local hero who whips up frenzied dance routines across uptown rooftops (“In the Heights”).

They’re the kind of movies that families, couples and teenagers once watched on three-story screens from the comfort of stadium-style seats, with the soundtrack’s bass notes rumbling at their feet. But last week Warner Bros. broke with tradition by announcing that it would release its entire lineup of 2021 films on HBO Max — its struggling streaming service — on the same day they were scheduled to appear in theaters.

Hollywood agents and filmmakers were angered by the move — but they may have forgotten something crucial: Warner Bros. belongs to WarnerMedia, which is part of AT&T. And AT&T is a telecommunications company whose interests are sometimes at odds with those of the old entertainment business. Despite joining Hollywood in a big way last year, when it bought Time Warner for more than $80 billion, AT&T may not mind so much if it speeds the demise of the century-old moviegoing habit.

For AT&T, HBO Max isn’t just a convenient way to get films and television shows to the public. Instead, the platform is a key part of its wireless business. HBO Max is included in packages for some high-end phone and internet subscribers, and it exists, in part, to create consumer loyalty to AT&T.

The Warner Bros. films will also play in theaters — but seeing them that way would cost a family of four about $50 (excluding gas, parking and concessions). That makes the monthly $15 fee for HBO Max a steal. Or even a no-brainer. Especially at a time of dread caused by being part of a crowd during the coronavirus pandemic.

The studio’s emphasis on streaming certainly puts AT&T at risk of losing money on its 2021 films. But the box office has already been hollowed out, because of the pandemic, with every major studio stutter-stepping its way into various release strategies. 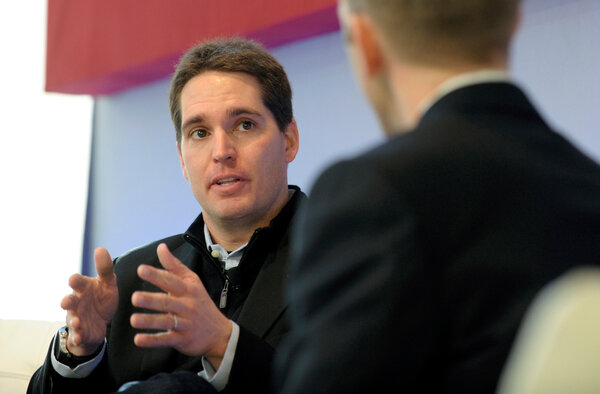 Jason Kilar, the WarnerMedia chief executive who helped craft the strategy, could have settled on a more patient distribution scheme, given that coronavirus vaccines might salvage some of the 2021 box office. Instead, he did something audacious by potentially sacrificing billions in box office receipts to boost the $15-a-month streaming platform.

Mr. Kilar was early to streaming, starting his run as the chief executive of Hulu in 2007. For those who knew him then, his moves at WarnerMedia have not been much of a surprise.

In its early incarnation, Hulu was wholly free, with limited commercial interruptions. It relied on television fare for its content, but it was better than broadcast TV, because it was divorced from network schedules. Watch what you want, when you want, for free.

But Hulu’s many corporate owners — Comcast, the Walt Disney Company and Fox — eventually forced Mr. Kilar to impose a subscription fee when they saw that the service wasn’t making real money. A monthly subscription cost, on top of the ads that were already running on the service, effectively mimicked cable, cutting into Hulu’s advantage.

In 2011, Mr. Kilar got Hollywood’s attention by posting a memo assailing the entertainment industry for failing to take advantage of the internet. He left Hulu to start his own company and eventually found his way back to Hollywood via AT&T, his digital-first approach having impressed John Stankey, who became the telecom giant’s chief executive in the summer.

Mr. Kilar’s latest move has rankled a powerful group: the talent, whose back-end payouts are contingent on box office earnings. And the fact that WarnerMedia kept its plan under wraps until the unveiling didn’t help.

“We see an opportunity to do something firmly focused on the fans, which is to provide choice,” Mr. Kilar wrote in a blog post announcing the move.

Mr. Stankey, his boss, vigorously defended the change in strategy on Monday. “I think when we just are being really honest about this, there’s a win-win-win here,” he said at the UBS banking conference.

He added: “We think it’s a great way for us to penetrate the market faster and quicker.”

The director Christopher Nolan, who made “Tenet” for Warner Bros. and is known as a proponent of theatrically released movies, swiftly condemned the studio’s plan to release its movies simultaneously in theaters and on HBO Max.

“Their decision makes no economic sense, and even the most casual Wall Street investor can see the difference between disruption and dysfunction,” he said in a statement Monday to The Hollywood Reporter. He went on to call HBO Max “the worst streaming service.”

But a strategy that strikes auteurs and cinema die-hards as dysfunctional makes perfect sense to Mr. Kilar and Mr. Stankey. AT&T’s primary focus is its wireless service, a $71 billion business. WarnerMedia generates half that.

More important, the wireless industry brings in significantly more money than the entertainment business — and it does so in a much more efficient manner. AT&T’s wireless division makes three times the pretax profit brought in by WarnerMedia.

Mr. Kilar did not endear himself to the entertainment establishment during his time at Hulu, and now he seems to have aggravated the content creators who make Hollywood run. But the company he works for has very little in common with other entertainment outfits.

For AT&T, HBO Max isn’t just a way to make money, but serves as an incentive to keep phone customers from defecting to its rivals. Every 1 percent of customers who stay glued to AT&T is worth about $100 million to the company.

A pricing war among AT&T, Verizon and T-Mobile has lowered mobile phone bills and cut into profits. Wireless providers have taken to stealing subscribers away from one another — a costly practice that includes discounting.

AT&T still wants HBO Max to be as profitable as possible. But even if its balance sheet suffers, the platform can still be valuable if it helps the company hang on to wireless subscribers.

In the streaming competition that has heated up in recent years, HBO Max finds itself up against some serious heavyweights. Netflix is closing in on 201 million customers around the world, with nearly 70 million in the United States. Disney+ has had a fast rise to more than 73 million. Hulu, also controlled by Disney, has about 37 million.

As of this week — six months after its introduction — HBO Max had 12.6 million subscribers, or “activations,” as the company calls them. Those subscribers are, in effect, getting free tickets to the 2021 slate of Warner Bros. films. And it’s not just them — their family members are also able to watch, as well as anyone else who shares their login information.

People who are interested in seeing “Wonder Woman 1984” or “Dune” without risking a trip to a movie theater have a strong incentive to plunk down $15 for a month of HBO Max. They can watch what they want to see and quickly cancel. Or maybe they will stick around for all 17 films on the 2021 slate.

But how will AT&T make up for the inevitable loss of revenue from theatrically released movies?

WarnerMedia’s average box office revenue tops about $1.8 billion annually, according to estimates by the research firm MoffettNathanson, an amount that the studio must split with theater chains. That means AT&T will have to make up about $900 million in 2021 film revenue.

To be sure, AT&T will rake in some box office dollars next year. But the pandemic has dampened even the best-laid marketing plans. When WarnerMedia released “Tenet” in theaters in September, the $200 million project generated only about $57 million domestically.

It will also make some money through online rentals and purchases, as well as in cable syndication.

Mr. Kilar could come out ahead, pleasing Mr. Stankey and AT&T shareholders while potentially upsetting much of the Hollywood establishment. He only needs to get five million more HBO Max customers to make up for box office losses (or 60 million customers only paying for a single month). That would be on top of the 25 million subscribers it’s already on pace to gather by next May.

But solving the market may not be as easy as it looks. HBO Max is the most expensive streamer, at $180 a year.