(Reuters) – U.S. stocks were higher in late afternoon trading on Friday but had bounced between losses and gains as bargain hunting following a sharp losses a day earlier was offset by continued worries about the economy. 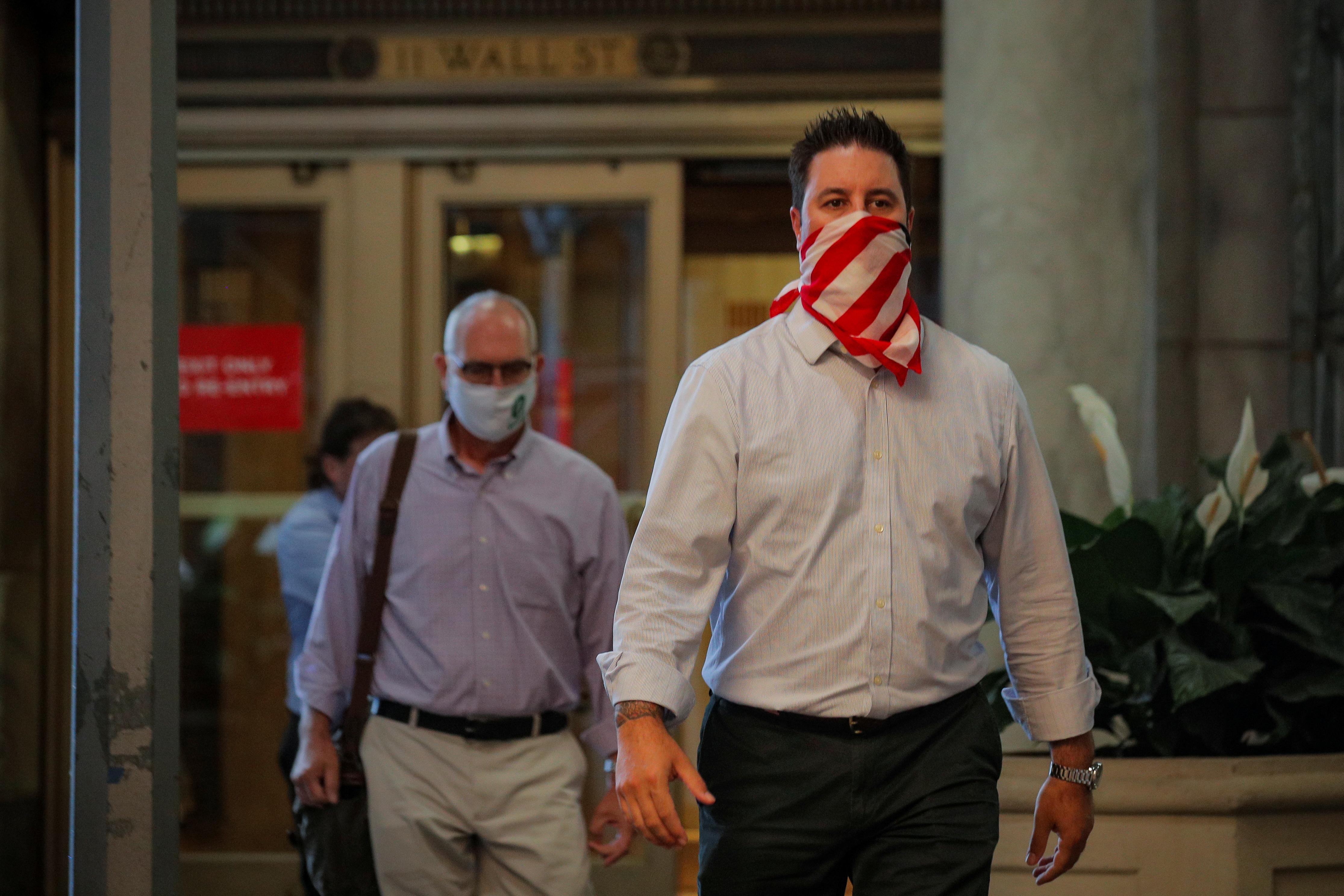 The S&P 500 was on track for its worst week in nearly three months after falling 5.9% on Thursday, its biggest daily percentage drop since mid-March.

The Federal Reserve’s indication earlier this week of a long road to recovery and rising COVID-19 cases in the United States have cast a pall over investor bets on a swift economic rebound.

“Yesterday was a massive down day… so I think short-term investors probably came in today looking for a bounce,” said Willie Delwiche, investment strategist at Baird in Milwaukee.

Earlier this week, the tech-heavy Nasdaq .IXIC confirmed it had been in a bull market since March 23 and the S&P 500 briefly tuned positive on the year.

On Friday, the S&P 500 .SPX was moving above and below its 200-day moving average, a closely watched technical level that was last at about 3,013, as volatility rose.

Financials .SPSY were providing the biggest boost to the benchmark S&P 500.

“It would be dispiriting to close lower today going into a weekend. I’d be hesitant to make too much of it, but you don’t want see evidence of a renewed pattern of selling,” Delwiche said.

Advancing issues outnumbered declining ones on the NYSE by a 1.96-to-1 ratio; on Nasdaq, a 1.65-to-1 ratio favored advancers.