NEW YORK (Reuters) – Big swings in stock and bond markets since March have helped big Wall Street banks weather the coronavirus downturn better than they otherwise might have, but their trading-revenue gains are unlikely to last. 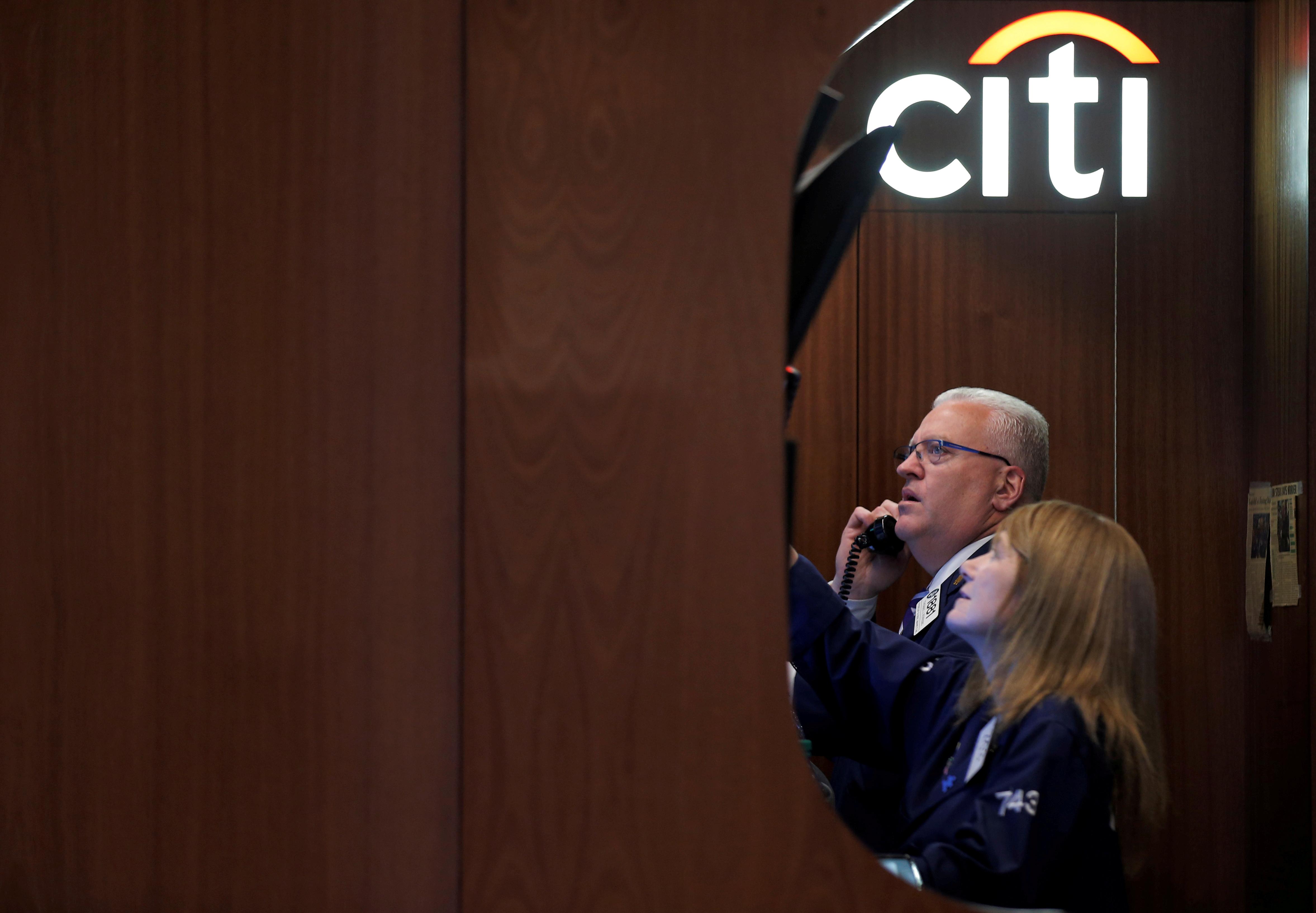 On Tuesday, JPMorgan Chase & Co (JPM.N) and Citigroup Inc (C.N) reported upticks of 77% and 48% in quarterly markets revenue, respectively – far better than what many analysts had predicted. It was the second consecutive period of major trading increases, as investors reacted to a changing portrait of how severe the pandemic might be, as well as government stimulus programs to prop up economies and markets.

But markets are likely to be much less bountiful for bank income statements in the months ahead, executives said.

“Assume it is going to fall in half,” JPMorgan Chase Chief Executive Jamie Dimon said on a conference call. “We don’t assume we have these unbelievable trading results going forward.”

Similarly, Citigroup expects the mega-gains it has seen in its markets business, particularly bond trading, to “normalize” in the second half of the year, Chief Financial Officer Mark Mason said.

In the first half, trading generated $13.4 billion in revenue for Citigroup. That was about one-third of total revenue, up from one-quarter in the first six months of 2019.

At JPMorgan, trading accounted for $18.7 billion in revenue through June, representing about 30% of total revenue, up from 22% in the comparable period last year.

Analysts expect similar trends at Goldman Sachs Group Inc (GS.N), Morgan Stanley (MS.N) and Bank of America (BAC.N) when they report results later this week. However, they are not putting much weight behind such a volatile business line – especially as banks are preparing for a wave of pandemic-fueled loan losses.

“No one is expecting trading to sustain anywhere near these levels,” Evercore ISI analyst Glenn Schorr said.

The trading-revenue renaissance, brief as it may be, follows a decade of structural and regulatory changes that made the business far less profitable for banks.

It has been a strange turnaround to celebrate, since it coincides with a global pandemic that has so far killed at least 572,945 people, and crippled parts of the economy.