WASHINGTON (Reuters) – U.S. private payrolls increased less than expected in June and employers announced more than 170,000 layoffs, strengthening views that the labor market and broader economic recovery from the COVID-19 pandemic would be a long slog. 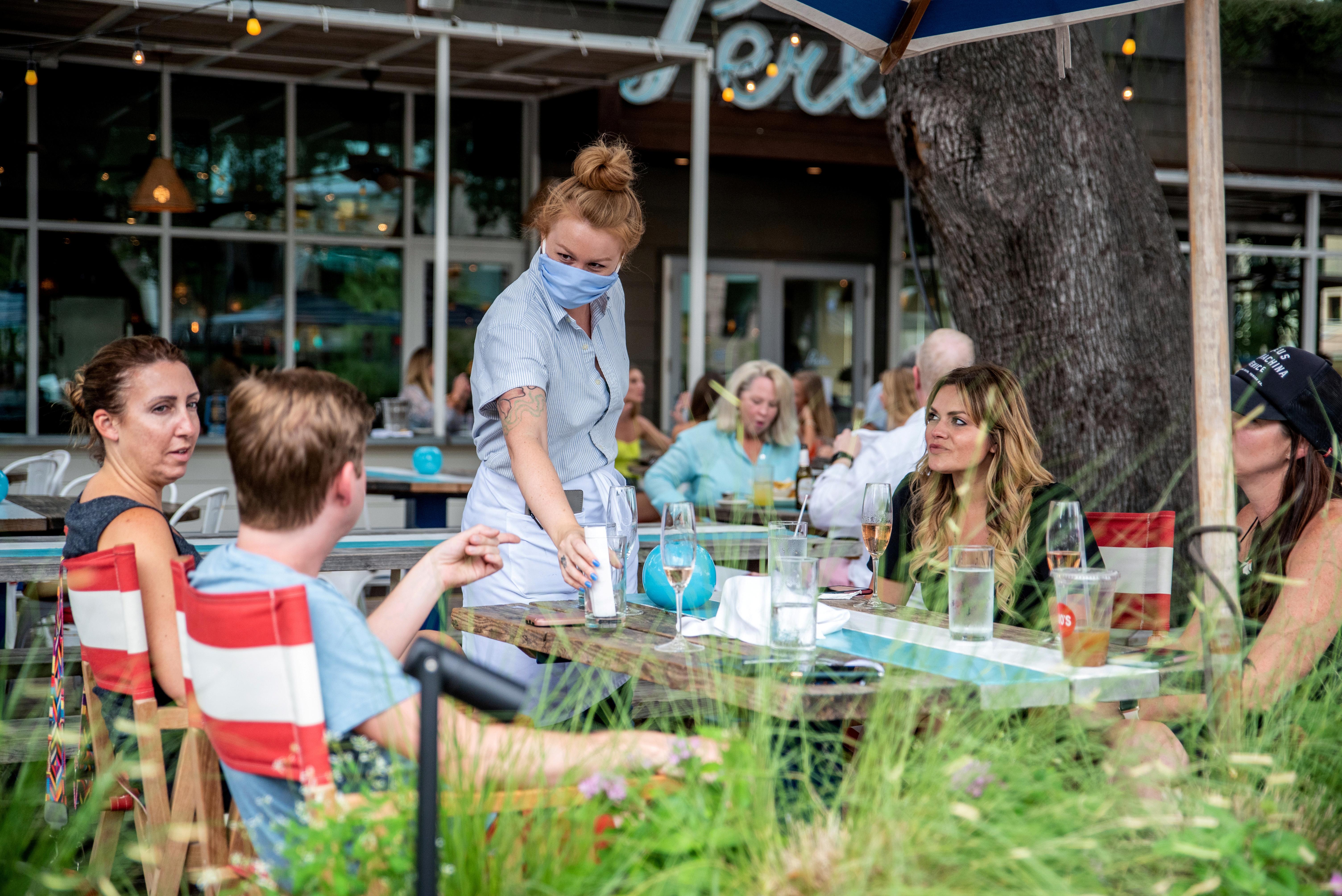 The recovery is also under threat from surging coronavirus cases across large parts of the country, including the densely populated California, Florida and Texas. This has prompted authorities to scale back or pause reopenings, which could unleash a new wave of layoffs.

The economy slipped into recession in February.

The ADP National Employment Report on Wednesday showed private payrolls increased by 2.369 million jobs last month. Data for May was revised up to show payrolls surging 3.065 million, in line with a surprise rebound in job growth reported by the government, instead of tumbling 2.76 million as previously estimated.

Economists polled by Reuters had forecast private payrolls increasing by 3.0 million in June. (Graphic: Rebounding from the COVID-19 crunch, here)

Job growth has rebounded mostly as companies rehired workers laid off when businesses were shuttered in mid-March to control the spread of the respiratory illness. But some companies are struggling with weak demand forcing them to lay off workers.

A separate report from global outplacement firm Challenger, Gray & Christmas on Wednesday showed employers announced 170,219 job cuts in June. Though layoffs last month were down 57% from May, they jumped 306% compared to June last year.

“We are beginning to see the impact of the recession spreading to companies that were not directly impacted by the virus,” said Andrew Challenger, senior vice president at Challenger, Gray & Christmas. “At the same time, companies that attempted to reopen but were only able to attract a fraction of their pre-COVID customers are closing down again. Meanwhile, a number of high-profile companies are filing for bankruptcy.”

According to Challenger, Gray & Christmas, layoffs totaled an all-time high of 1.238 million in the second quarter, up 257% from the January-March period.

Stocks on Wall Street opened lower. The dollar was steady against a basket of currencies. U.S. Treasury prices fell.

The ADP report, jointly developed with Moody’s Analytics, was published ahead of the government’s more comprehensive employment report for June scheduled for release on Thursday. U.S. financial markets and the government will be closed on Friday in observance of Saturday’s Independence Day holiday.

The ADP report has a poor track record forecasting the private payrolls component of the government’s employment report because of methodology differences. It failed to predict the rebound in job growth in May. The government nonfarm payrolls count is compiled from a survey of businesses while the ADP figures are derived from ADP payroll data and other inputs.

According to a Reuters survey of economists, the employment report will likely show private employers hired 2.9 million workers in June. That would lead to nonfarm payrolls increasing by 3 million on top of the 2.5 million created in May.

Still, payrolls would be about 16.6 million below their pre-pandemic level. The jobless rate is forecast dipping to 12.3% from 13.3% in May.

Employment gains in the ADP report last month were led by the leisure and hospitality industry, reflecting the reopening of restaurants and bars. There were strong job gains in the healthcare and construction sectors. But mining payrolls fell and manufacturing employment increased moderately. (Graphic: Where the jobs are and aren’t returning, here)

“While the jobs recovery is encouraging, it’s disconcerting that it’s solely based on the rehiring of workers by businesses reopening,” said Mark Zandi, chief economist at Moody’s Analytics. “Mass layoffs continue. The hiring related to businesses reopening will dry up and we might see a weakening in job growth.”