WASHINGTON (Reuters) – Weak demand is forcing U.S. employers to lay off workers, keeping new applications for unemployment benefits extraordinarily high, even as businesses have reopened, buttressing views the labor market could take years to recover from the COVID-19 pandemic. 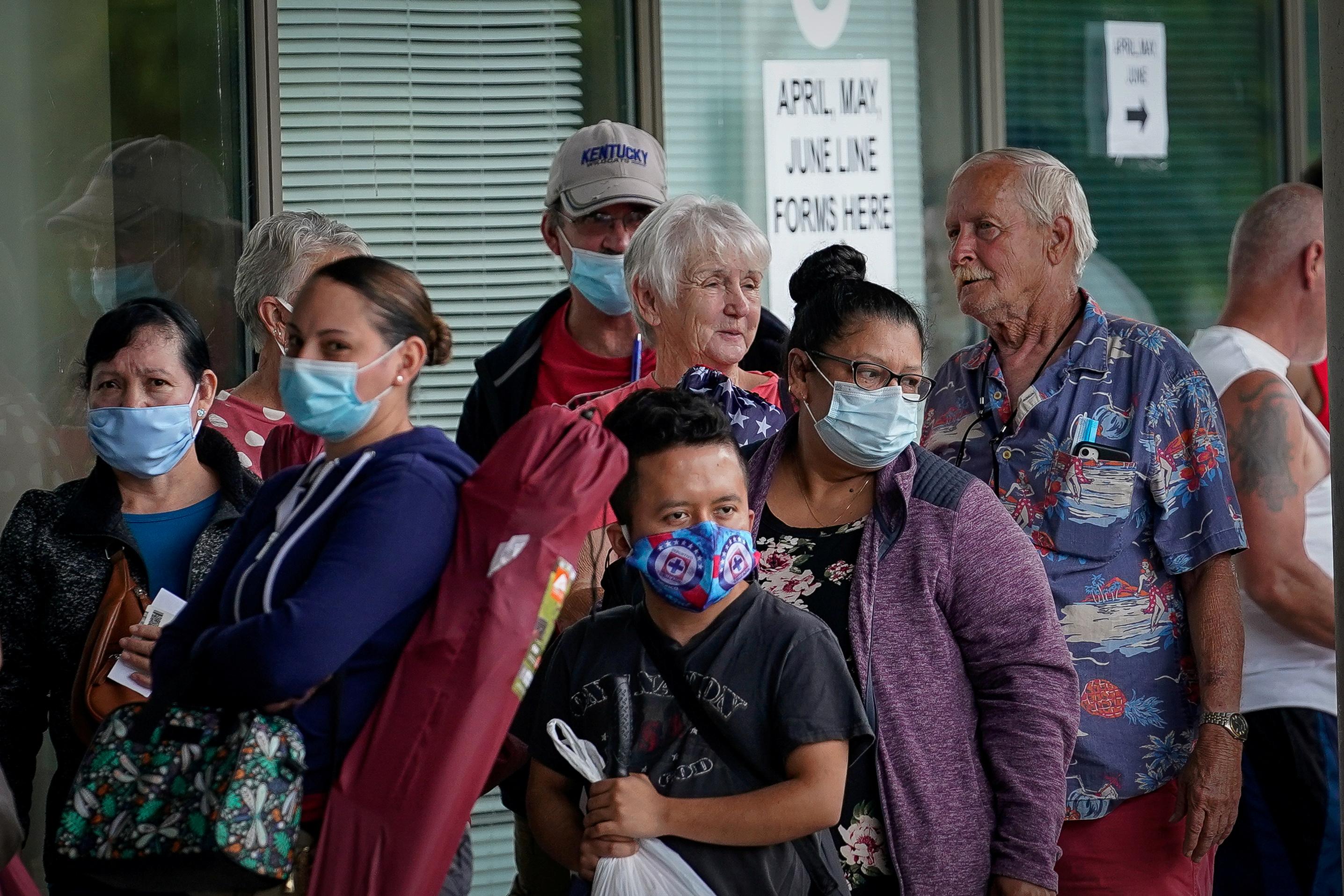 A resurgence in confirmed coronavirus cases across the country, linked to the reopening of businesses, is also dimming the outlook. Roughly 29 million people were collecting unemployment checks at the end of May.

The Labor Department’s weekly jobless claims report on Thursday, the most timely data on the economy’s health, is unlikely to show a big improvement, more than a month after many businesses resumed operation after closing in mid-March in an effort slow the spread of the respiratory illness.

Companies are hiring, but others are cutting jobs at nearly the same pace. The economy slipped into recession in February.

“There were some businesses that tried to maintain their workforce, waiting to see what would happen as businesses reopened,” said Gus Faucher, chief economist at PNC Financial in Pittsburgh, Pennsylvania. “Even as the economy is picking up they are not seeing a lot of demand and are deciding that they don’t need that many workers.”

Initial claims for state unemployment benefits likely totaled a seasonally adjusted 1.3 million for the week ended June 20, down from 1.508 million in the prior week, according to a Reuters survey of economists.

Claims have dropped from a record 6.867 million in late March, but the pace of decline has slowed and they are still more than double their peak during the 2007-09 Great Recession.

From manufacturing to transportation, retail and leisure and hospitality industries companies are restructuring to adapt to a vastly changed landscape, leading to layoffs and bankruptcies. State and local governments, whose budgets have been squeezed by the COVID-19 fight, are also cutting jobs.

Rising coronavirus infections in many parts of the country, including California, Texas and Florida, are likely to hurt employment as some people stay away from restaurants and other consumer-facing establishments, even if businesses are not shut down again.

In a busy calendar for economic data, other reports out Thursday are expected to show a big rebound in orders for big-ticket goods in May and to confirm the U.S. economy shrank at a 5% annualized rate in the first quarter, the biggest contraction since the financial crisis more than a decade ago.

When second-quarter output is reported next month, the pace of contraction could exceed 30%.

The jobless claims report on Thursday is also expected to show a modest change in the unemployment rolls. The number of people receiving benefits after an initial week of aid likely dipped to 19.968 million in the week ending June 13 from 20.544 million in the prior week, according to the Reuters survey.

These so-called continued claims are reported with a one-week lag. Continuing claims have dropped from a record 24.912 million in early May, with economists crediting the government’s Paycheck Protection Program, part of a historic fiscal package worth nearly $3 trillion, giving businesses loans that can be partially forgiven if used for wages.

Progress, however, appears to have waned. The continuing claims data will cover the week that the government surveyed households for June’s unemployment rate.

The measurement of the jobless rate has been biased down since March by people incorrectly misclassifying themselves as being “employed but absent from work.”

The Labor Department’s Bureau of Labor Statistics (BLS), which compiles the employment report, is working with the Census Bureau to correct this problem in upcoming reports.

Without the misclassification problem, the unemployment rate would have been 16.3% in May instead of 13.3% and would have peaked at about 19.7% in April.

“At least so far, hiring firms are barely overcoming the firing firms,” said Joel Naroff, chief economist at Naroff Economics in Holland, Pennsylvania. “We may not see a major decline in the June unemployment rate. Indeed, if BLS finally corrects its misclassification problem, we could actually see the rate rise from the May published rate.”

Economists also say continuing claims have probably stalled because some people who have returned to work have been rehired on a part-time basis. That would allow them to continue receiving benefits while still being on company payrolls.

The government has expanded eligibility for unemployment benefits to include the self-employed and independent contractors who have been affected by the COVID-19 pandemic, including through lost employment, reduced hours and wages.

Part-time workers accounted for two-fifths of the 2.5 million increase in employment in May.