WASHINGTON (Reuters) – The U.S. economy unexpectedly added jobs in May after suffering record losses in the prior month, offering the clearest signal yet that the downturn triggered by the COVID-19 pandemic was probably over, though the road to recovery could be long.

The Labor Department’s closely watched employment report on Friday also showed the jobless rate falling to 13.3% last month from 14.7% in April, a post World War Two high. It followed on the heels of surveys showing consumer confidence, manufacturing and services industries stabilizing. Businesses have reopened after shuttering in mid-March to slow the spread of COVID-19.

“The country has turned the corner from the pandemic and the recession it created for now, but all the workers who lost their paychecks will find it difficult to regain their place in society as many of these jobs are gone forever,” said Chris Rupkey, chief economist at MUFG in New York.

“It took years for the economy to grow enough to find jobs for those unemployed in the last recession, and it will take years again this time to do the same.”

The survey of establishments showed nonfarm payrolls rose by 2.509 million jobs last month after a record plunge of 20.7 million in April. Economists polled by Reuters had forecast payrolls falling by 8 million jobs. They had expected the survey of households to show the unemployment rate jumping to 19.8%.

President Donald Trump, who had a turbulent week amid nationwide protests over police brutality and racial inequality, quickly took credit for the surprise labor market turnaround.

But the improvement was uneven. The unemployment rate for blacks increased one-tenth of a percentage point to 16.8%. In contrast, the jobless rate for whites fell to 12.4% from 14.2% in April. Economists believe the unemployment rate peaked in May, but see it remaining above 10% when Americans head to the polls on Nov. 3.

Stocks on Wall Street rallied on the report. The dollar rose against a basket of currencies. U.S. Treasury prices fell.

Even with May’s rebound, the hole is deep. Part-time workers accounted for two-fifths of the increase in employment. Payrolls are nearly 20 million below their pre-COVID-19 level. The unemployment rate has risen 9.8 percentage points and the number of unemployed is up 15.2 million since February.

The Labor Department’s Bureau of Labor Statistics, which compiles the employment report, also noted a continuing problem with misclassification by respondents. A large number of people misclassified themselves as being “employed but absent from work.” Without this misclassification, the May unemployment rate would have been about 16%. 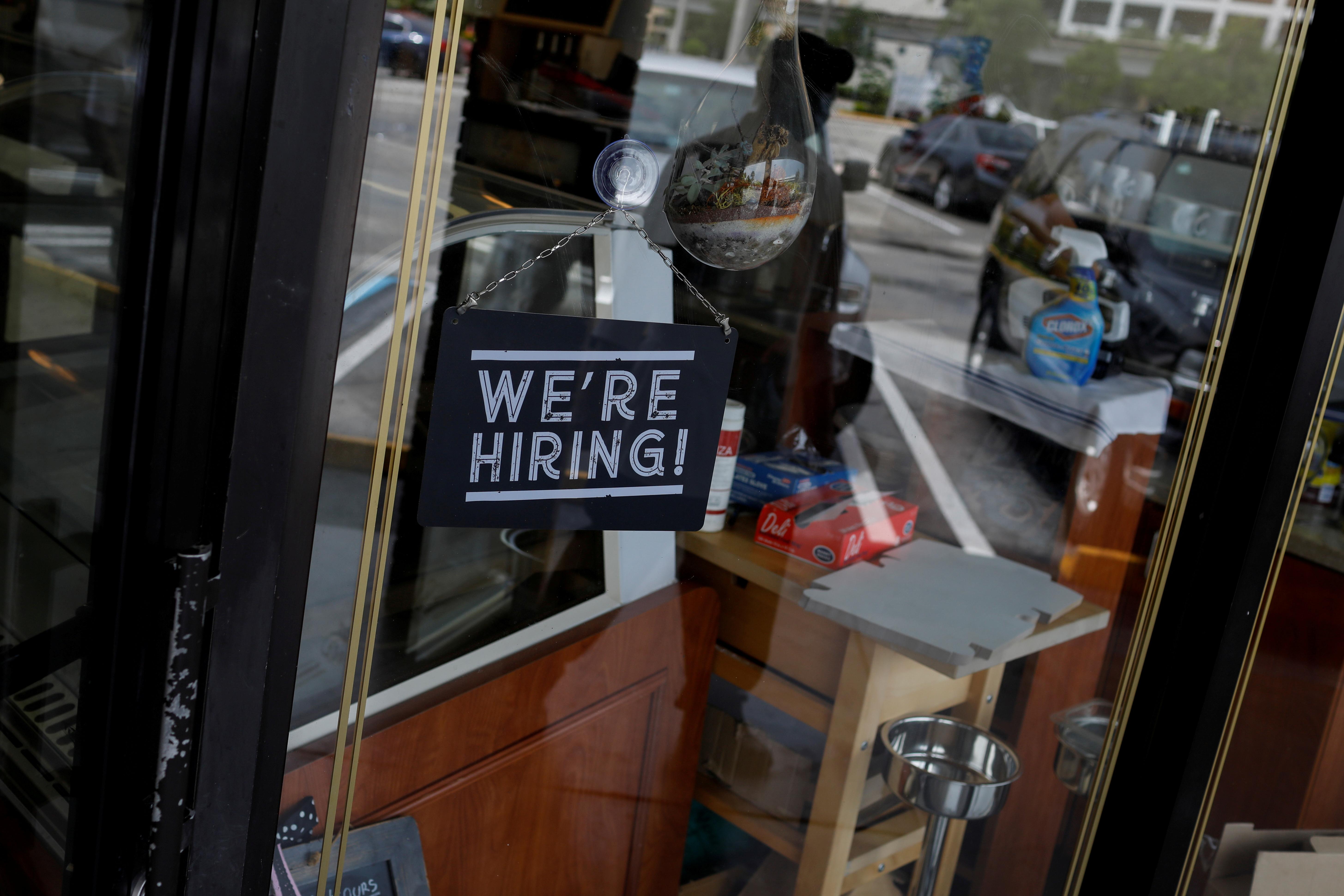 A broader measure of unemployment, which includes people who want to work but have given up searching and those working part-time because they cannot find full-time employment, dipped to 21.2% in May from 22.8% in April.

The sharp rebound in employment is in stark contrast to a persistently high number of people filing weekly claims for jobless benefits.

Economists are split on whether the swift turnaround in the labor market was because of the government’s Paycheck Protection Program, part of a historic fiscal package worth nearly $3 trillion, offering businesses loans that can be partially forgiven if used for employee salaries. The Federal Reserve has also thrown businesses credit lifelines.

“There are some industries and many firms that simply won’t come back, and therefore many jobs that also won’t come back,” said Randall Kroszner, a former Fed governor and now an economics professor at the University of Chicago Booth School of Business.

(Graphic: Which sectors gained jobs in May?, here)

Employment in May was boosted by restaurants and bars, which added 1.4 million jobs after losing 6 million jobs in April and March. But payrolls continued to decline in the accommodation industry in May, with another 148,000 jobs lost. 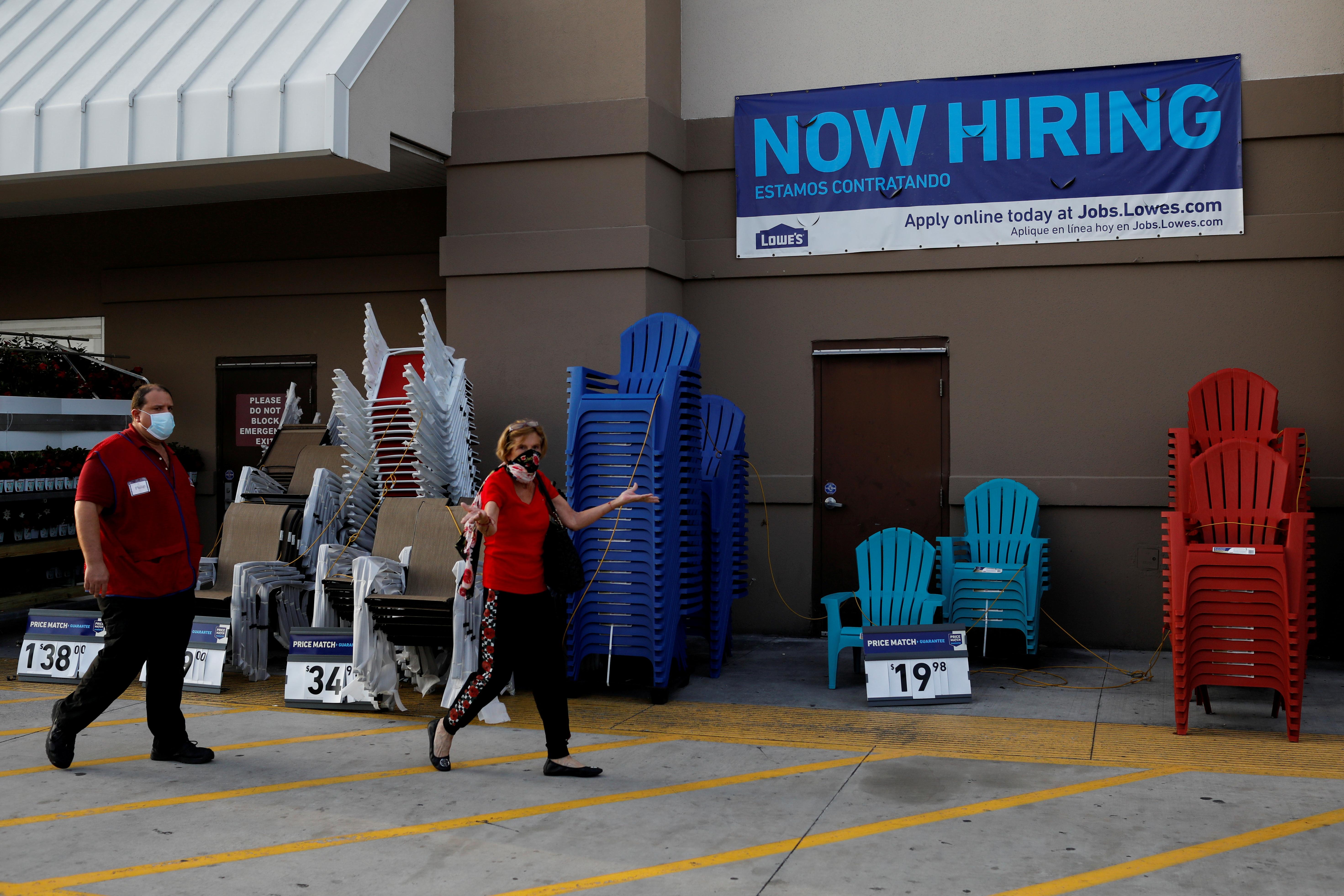 Hiring in the construction industry increased by 464,000 jobs last month, recouping about half of April’s decline. There were also gains in employment in education and health services, retail trade, manufacturing, professional and business services, financial activities and wholesale trade.

But government payrolls dropped by 585,000 in May, with the declines in state and local governments, whose budgets have been crushed in the fight against COVID-19. There were more job losses in the information, mining, transportation and warehousing industries.

The labor force participation rate, the proportion of working-age Americans who have a job or are looking for one, rose to 60.8% last month from 60.2% in April, which was the lowest rate since January 1973. The employment-to-population ratio, viewed as a measure of an economy’s ability to create employment, rose to 52.8% in May from a record low 51.3% in April.

With the rebound in lower-wage industry jobs, average hourly earnings fell 1.0% after shooting up 4.7% in April. That lowered the annual increase in wages to 6.7% in May from 8.0% in April. The workweek averaged 34.7 hours, up from 34.2 hours in April.