WASHINGTON (Reuters) – New orders for key U.S.-made capital goods unexpectedly rose in March, but the gains are unlikely to be sustainable amid the novel coronavirus outbreak, which has virtually shut down the country and contributed to a collapse in crude oil prices. 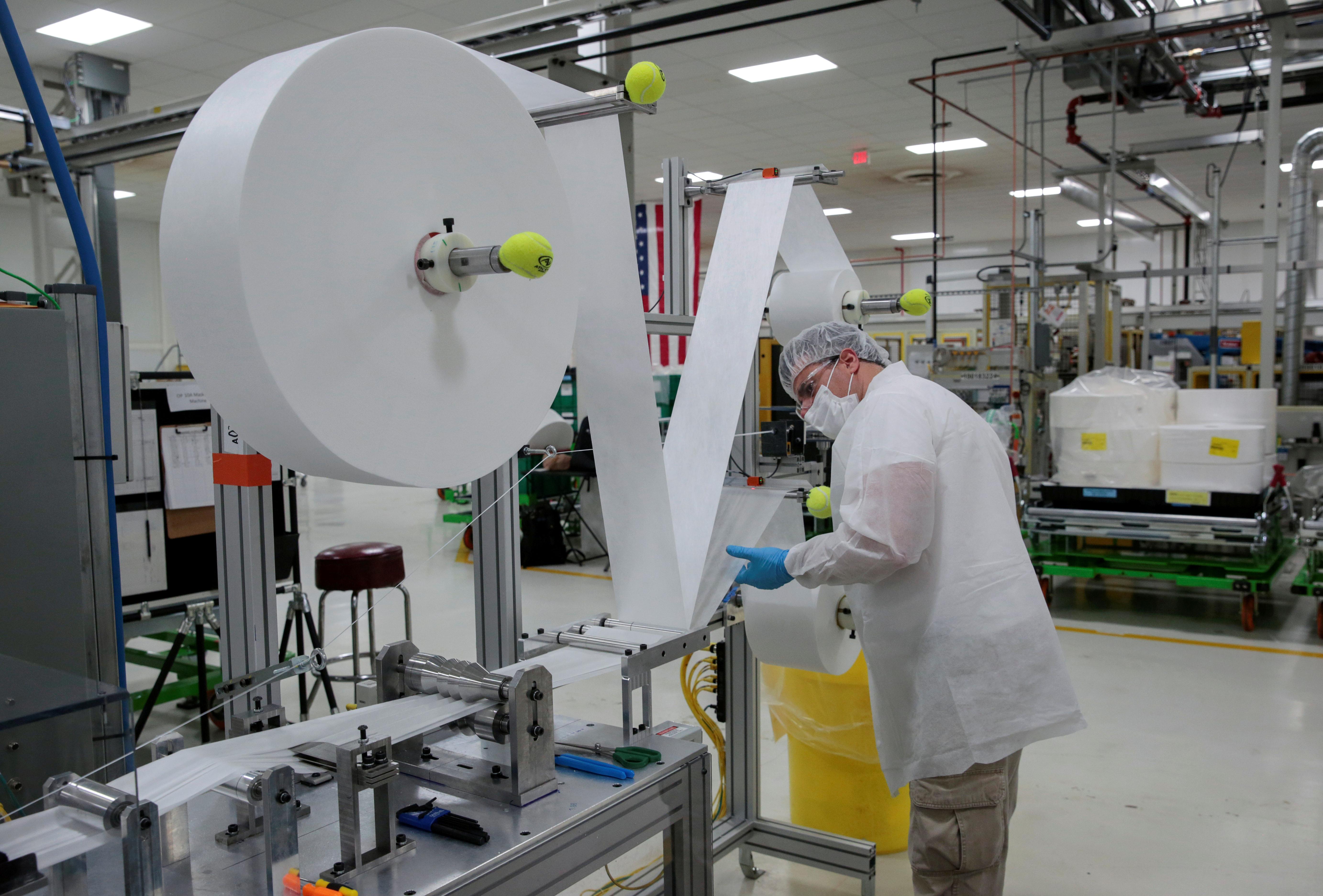 Despite the slight pickup in demand reported by the Commerce Department on Friday, shipments of these goods dropped further last month, suggesting that a downturn in business investment persisted into the first quarter and would contribute to what economists expect will be the sharpest economic contraction since the Great Recession.

“That’s not going to last with company after company saying they are slashing capex in this month’s earnings calls,” said Chris Rupkey, chief economist at MUFG in New York. “If growth isn’t happening there’s no need to buy the equipment to produce more goods if the demand has simply evaporated.”

Orders for non-defense capital goods excluding aircraft, a closely watched proxy for business spending plans, edged up 0.1% last month. Data for February was revised up to show these so-called core capital goods orders falling 0.8% instead of dropping 0.9% as previously reported.

The economic picture is deteriorating rapidly amid nationwide lockdowns to control the spread of COVID-19, the potentially lethal respiratory illness caused by the virus. A record 26.5 million Americans have filed for unemployment benefits since mid-March. Retail sales, homebuilding, business activity and consumer confidence have weakened sharply.

Much of the slump in economic activity occurred in the second half of March when states and local governments ordered nonessential businesses to close and enforced “stay-at-home” orders that have affected more than 90% of Americans.

The deepening economic slump has seen a handful of states, including Georgia, prematurely rushing to reopen their economies this weekend against the advice of health experts. Economists also warn that such steps could unnecessarily prolong the economic downturn, especially if this triggers a new wave of infections as predicted by health experts.

There is also no guarantee that consumers will feel safe to start visiting restaurants and other social venues.

A separate report from the University of Michigan on Friday showed its measure of consumer sentiment dived a record 17.3 points to 71.8 in April, the lowest since December 2011. But sentiment improved slightly from the middle of the month.

“As long as the virus is running wild, a significant segment of the population will either be unwilling to get back into the world or will do so in a limited way,” said Joel Naroff, chief economist at Naroff Economics in Holland, Pennsylvania.

“The generation with the most disposable income is the baby-boomer generation and they are also in the high-risk category. If they get back in the game cautiously, as I suspect will be the case, the V-shape recovery theory falls apart.”

Stocks on Wall Street were mixed. The dollar was steady against a basket of currencies, while U.S. Treasury prices fell.

Demand for business equipment was already tanking, one of the casualties of the Trump administration’s trade war with China, well before the coronavirus hit U.S. shores. That has pressured manufacturing, which declined at its sharpest pace in 11 years in the first quarter.

Business investment has contracted for three straight quarters, the longest such stretch since 2009. With crude oil prices plunging and COVID-19 hitting cash flow at businesses, spending could remain depressed well after the economy reopens.

According to a Reuters survey of economists, gross domestic product probably shrank at a 4.0% annualized rate in the first quarter. That would be the deepest contraction since 2009 and would end the longest economic expansion in U.S. history. The economy grew at a 2.1% pace in the fourth quarter.

The government will publish its snapshot of first-quarter GDP next Wednesday. Economists believe the economy entered recession in March.

The National Bureau of Economic Research, the private research institute regarded as the arbiter of U.S. recessions, does not define a recession as two consecutive quarters of decline in real GDP, as is the rule of thumb in many countries. Instead, it looks for a drop in activity, spread across the economy and lasting more than a few months.

“Looking ahead, we expect the coronavirus will deal a severe blow to U.S. business spending via suppressed global and domestic demand, broken supply chains, depressed oil prices, tighter financial conditions and elevated uncertainty,” said Lydia Boussour, a senior U.S. economist at Oxford Economics in New York. “This will translate into some of the largest pullbacks in capital spending of all time.”

Last month’s gain in core capital goods orders reflected a 1.5% increase in demand for electrical equipment, appliances, and components. There were, however, decreases in orders for machinery, primary metals, fabricated materials and computers and electronic products last month.

A 41.0% collapse in demand for transportation equipment led to a 14.4% plunge in orders for durable goods, items ranging from toasters to aircraft that are meant to last three years or more. Durable goods orders rose 1.1% in February.

Though Boeing (BA.N) said aircraft orders rose in March relative to February it also reported big cancellations of its troubled 737 MAX jetliner, which has been grounded since March 2019 following two fatal crashes.