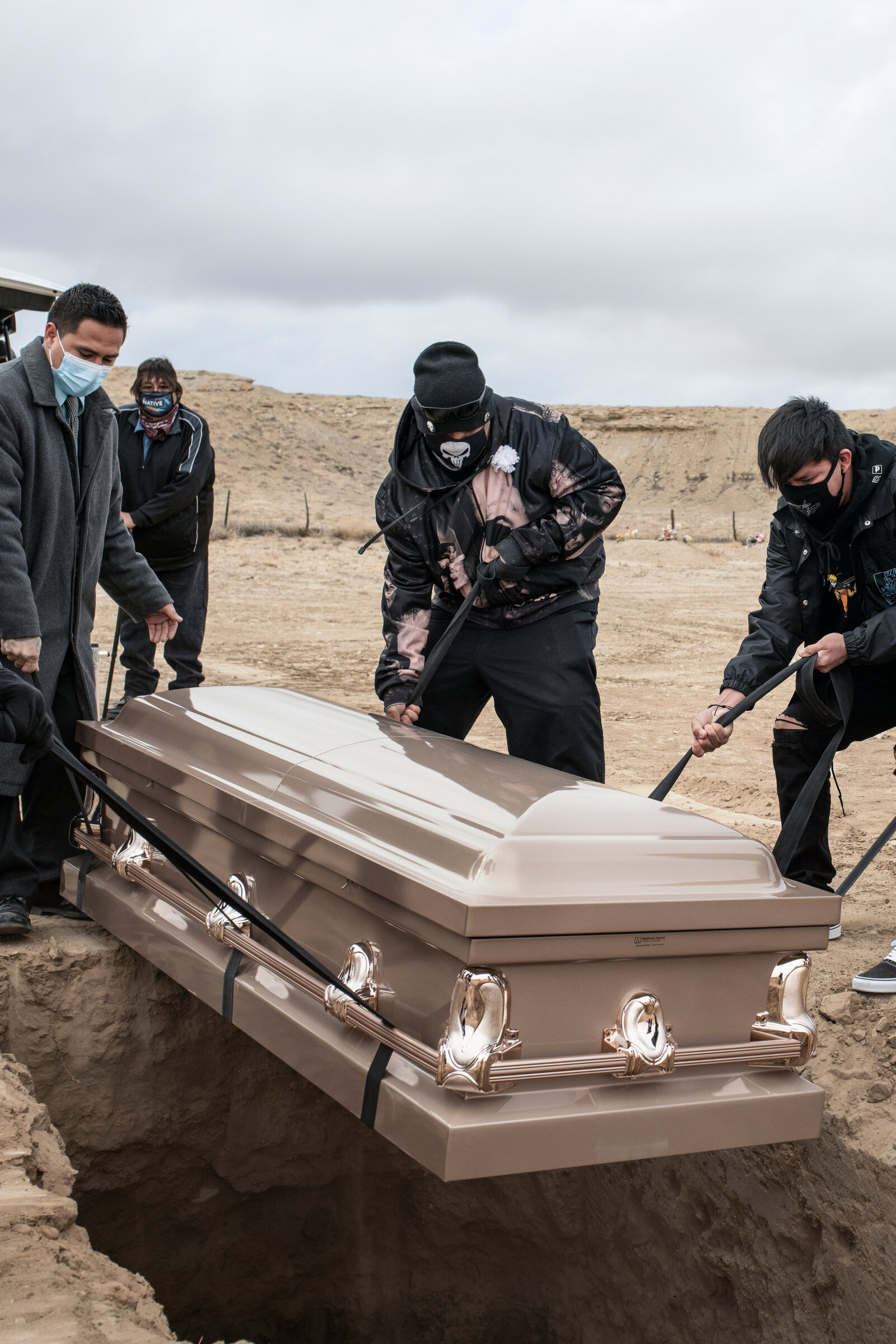 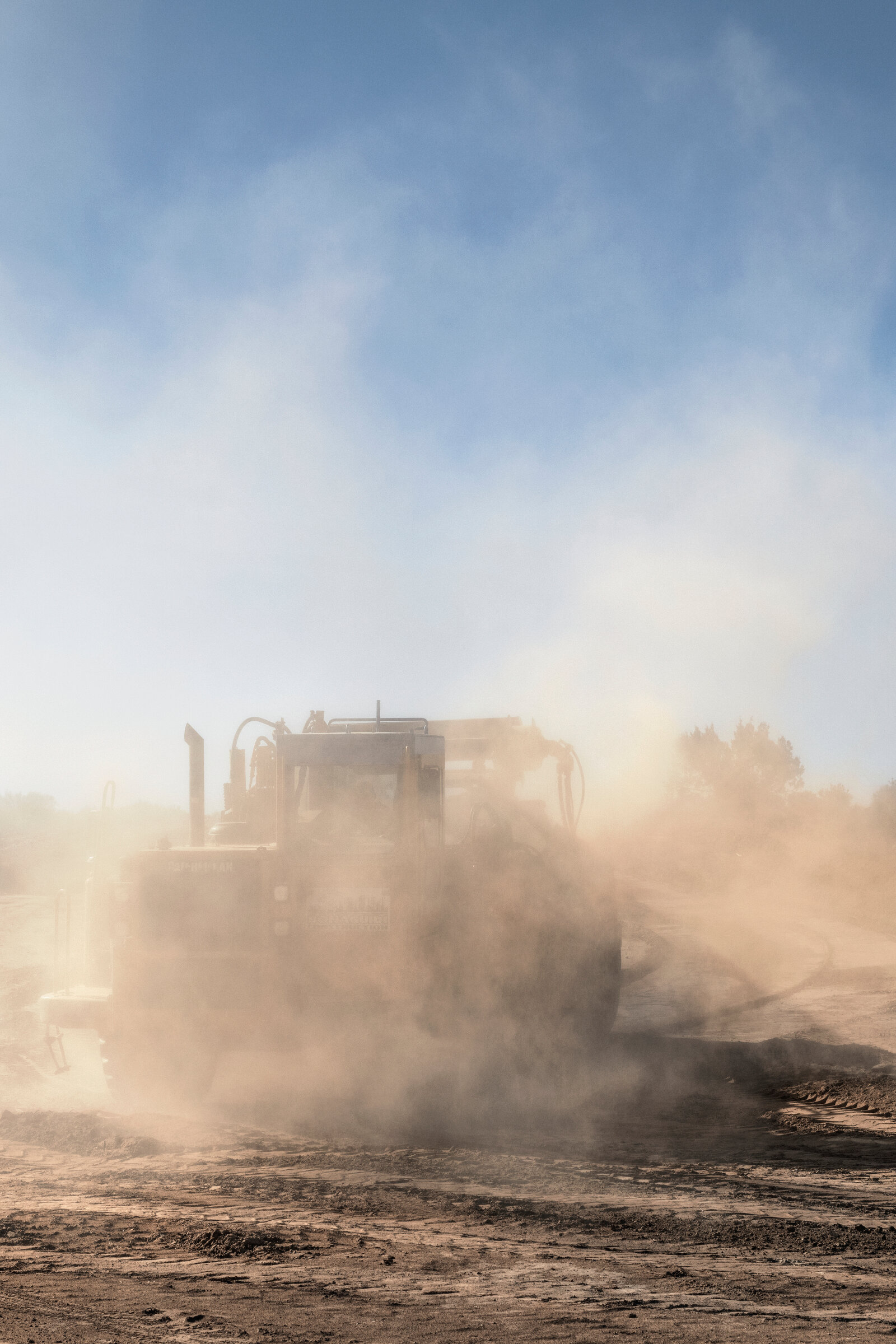 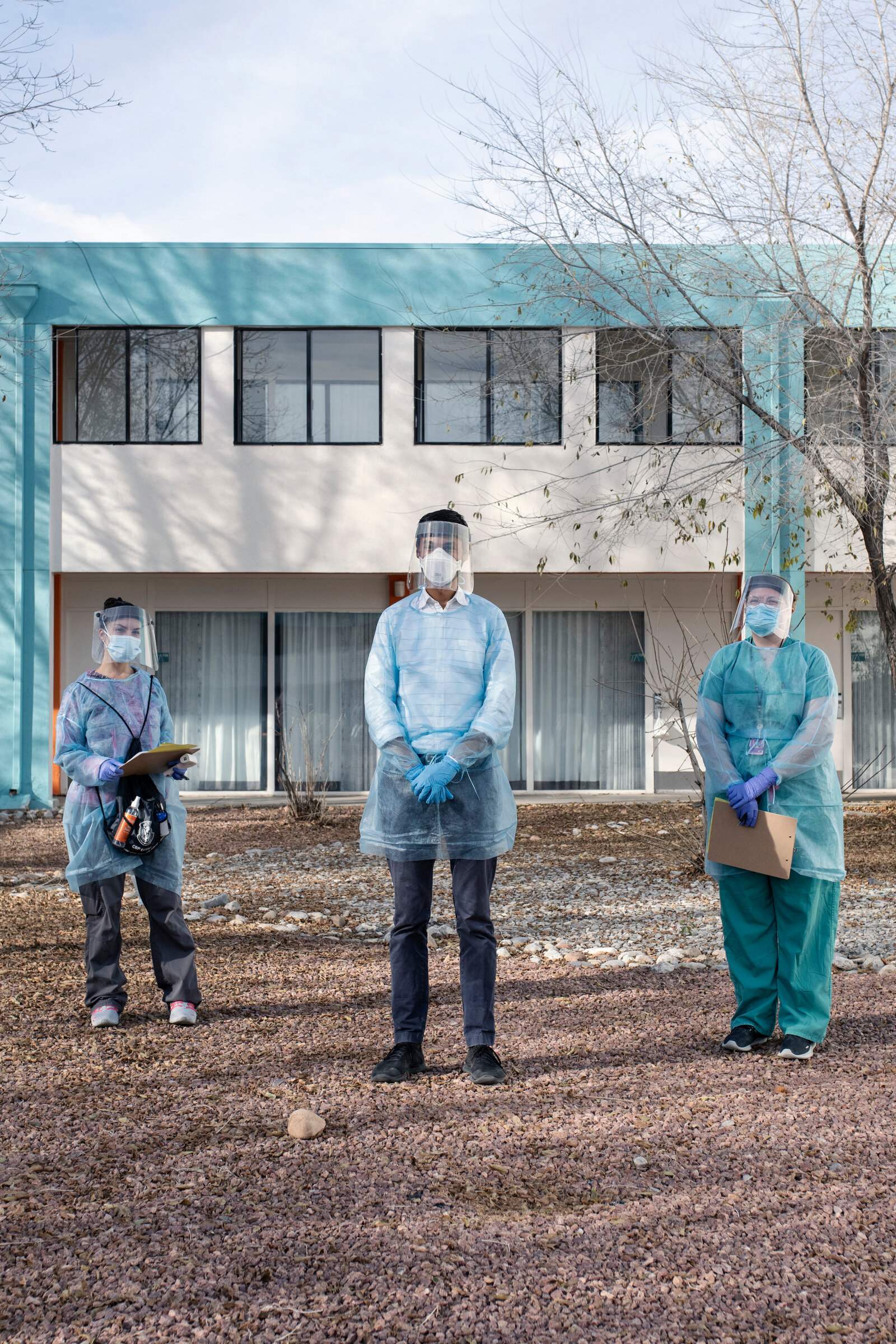 The coronavirus has disfigured Gallup, a small New Mexico town near Native American reservations, that is now one of the hardest hit places in the country.

The virus’s spread upended the local economy, which over the years built up around tourism and the railroad and heavy industry.

Shop owners, residents and aid workers are now trying to figure out how to make it through.

Photographs and Text by Adam Ferguson

Hospitals in Gallup are nearly full. Most stores are empty. The unemployment rate in the county where the city sits is one and a half times the national average. Earlier this month, it had the most cases per capita of any metro area in the United States, according to a New York Times database.

As the pandemic has steadily marched across the country in recent months, places like Gallup have been among the hardest hit. 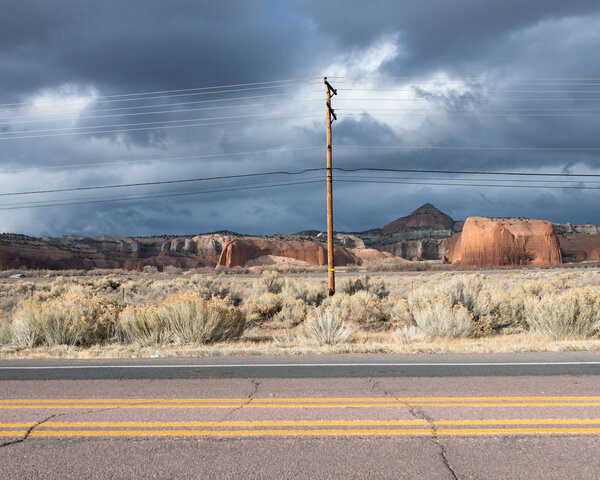 Perched between the Navajo Nation to the north and Zuni Nation to the south, almost half of Gallup’s residents are Native American, according to census data.

Native American communities have been particularly vulnerable to the virus, at one point accounting for nearly 40 percent of all cases in New Mexico, even though those communities make up less than a tenth of the state’s population. And some who have so far been spared by the virus are nonetheless reeling from the consequences of the economic slowdown.

Eric-Paul Riege, a 26-year-old artist, is the son of a veteran and hotel manager and a Navajo mother who taught him the art of weaving. His work has appeared in galleries and collections around the country. But paid projects this year all but dried up.

When I met Mr. Riege, he was working shifts at a diner called Grandpa’s Grill, processing orders for takeout food.

Route 66 cuts through Gallup. The town has relied on tourism to help drive its economy, counting on visitors to shop at local galleries and trading posts selling Native American art and crafts. But limits on activity in the area have made that hard.

When the region was experiencing an extreme wave of virus cases in May, the city locked down, and state police officers and the National Guard barricaded highway exits to prevent people who didn’t live in Gallup from entering town unless it was an emergency.

Last month, long after the barricades came down, trading posts were open but closed for indoor shopping, limiting the chances of anyone passing by to stop and browse.

The iconic El Rancho hotel, where John Wayne and Katharine Hepburn and other Hollywood stars once stayed, was roughly a quarter full.

Gallup is in many ways a relic of conquered Indigenous lands and American expansion. Many of the trading posts, for example, are owned and operated by white people. Those small shops sit in the shadows of McDonald’s, Walmart and other big American franchises, where cars and people often spill out of parking lots now.

Bill Lee, the head of Gallup’s Chamber of Commerce, said there has been a growing economic divide because of the restrictions put in place by local and state officials. Smaller businesses often have to operate with stricter guidelines, including rules preventing in-store shopping, while bigger box stores, especially those deemed essential, could operate with fewer limits. “The governor has chosen winners and losers,” Mr. Lee told me.

When the barricades were erected earlier this year, Walmart was inundated by shoppers stocking up on weeks’ worth of supplies, especially because grocery stores on Indigenous lands are few and far between. The barricades, however, also had the effect of preventing members of Native American groups from coming into town to shop.

Indigenous groups in the area have long suffered from a lack of information and resources.

Even before the pandemic, the Indian Health Service, the government program that provides health care to the 2.2 million members of the nation’s tribal communities, had severe shortages of funding and supplies, in addition to a lack of doctors and aging facilities.

The virus made those weaknesses that much more apparent. 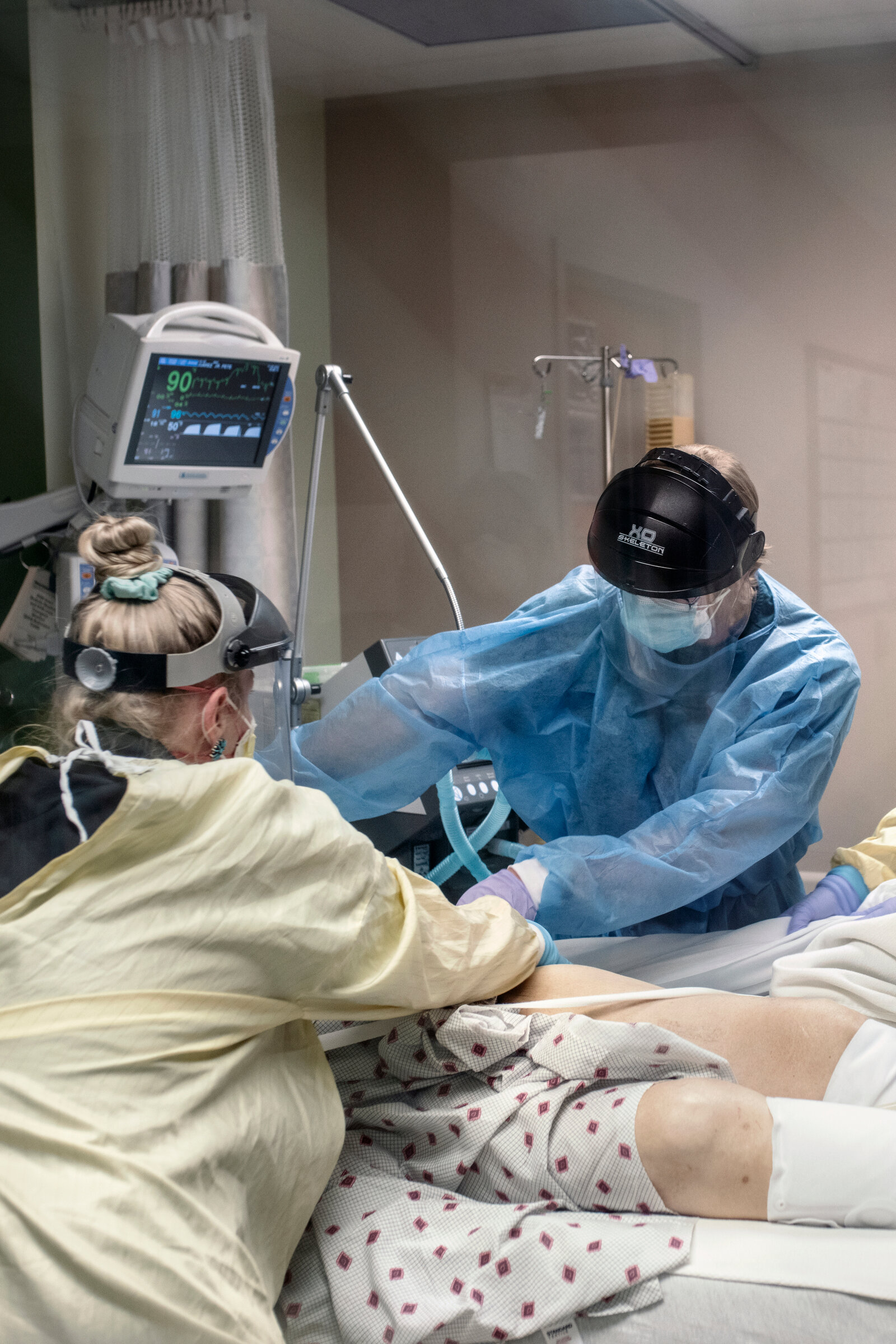 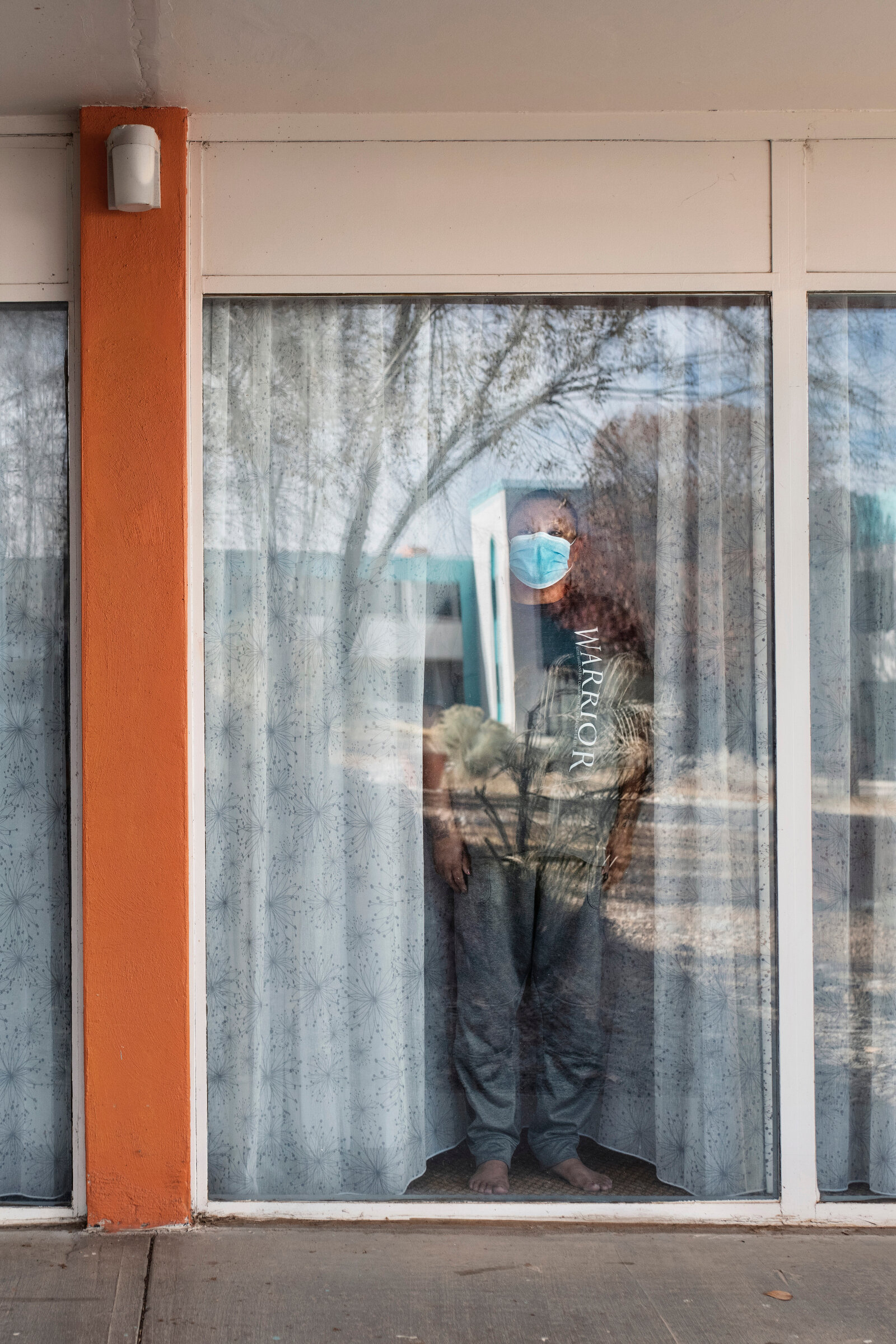 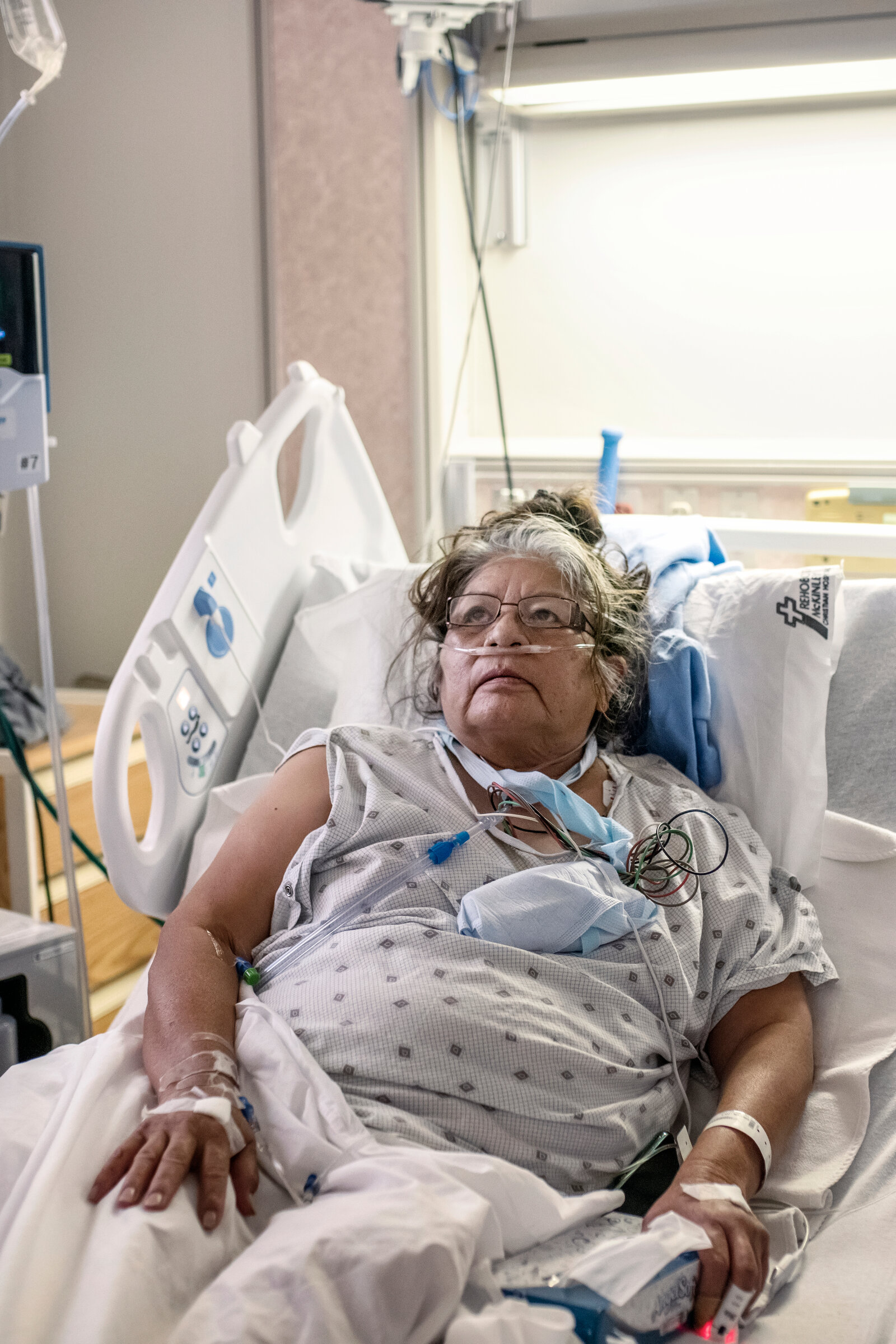 Heather Willie, a Navajo woman, had to quarantine in a nearby hotel after testing positive for the virus.

Inside the hospital, Zola Sandoval, a 63-year-old Navajo woman who was being treated for the virus, removed her mask and said to me in a husky voice, “Tell people the virus is real.”

Amid the devastation of the pandemic, some people have gotten lucky. Dan Bonaguidi, the son of the town’s mayor who owns Michele’s Ready Mix Rock and Recycle with his wife, Michele, is one of them. His business has been thriving as government grants in the pandemic have led to greater demand for building materials for home renovations and projects like new or expanded health care facilities.

But even with bright spots, there are many more stories of businesses sitting empty or being shuttered — small and large.

After an oil and natural gas boom in New Mexico and Texas in recent years, the pandemic has cut into oil demand and prices. Marathon Petroleum announced plans in August to shut down its operations in the area and lay off more than 200 workers — roughly 1 percent of the city’s population.

Operations like Marathon’s are vital to Gallup’s economy, and the job losses helped push the area’s unemployment rate to 10.6 percent in October. Raul Sanchez is one of the workers who lost his job.

As I drove by his home on a hill overlooking the western part of town one afternoon two days before Thanksgiving, Mr. Sanchez was tinkering with a red pickup truck. He’d worked at Marathon for 10 years. “No other jobs in this town pay as well,” Mr. Sanchez, 39, said. 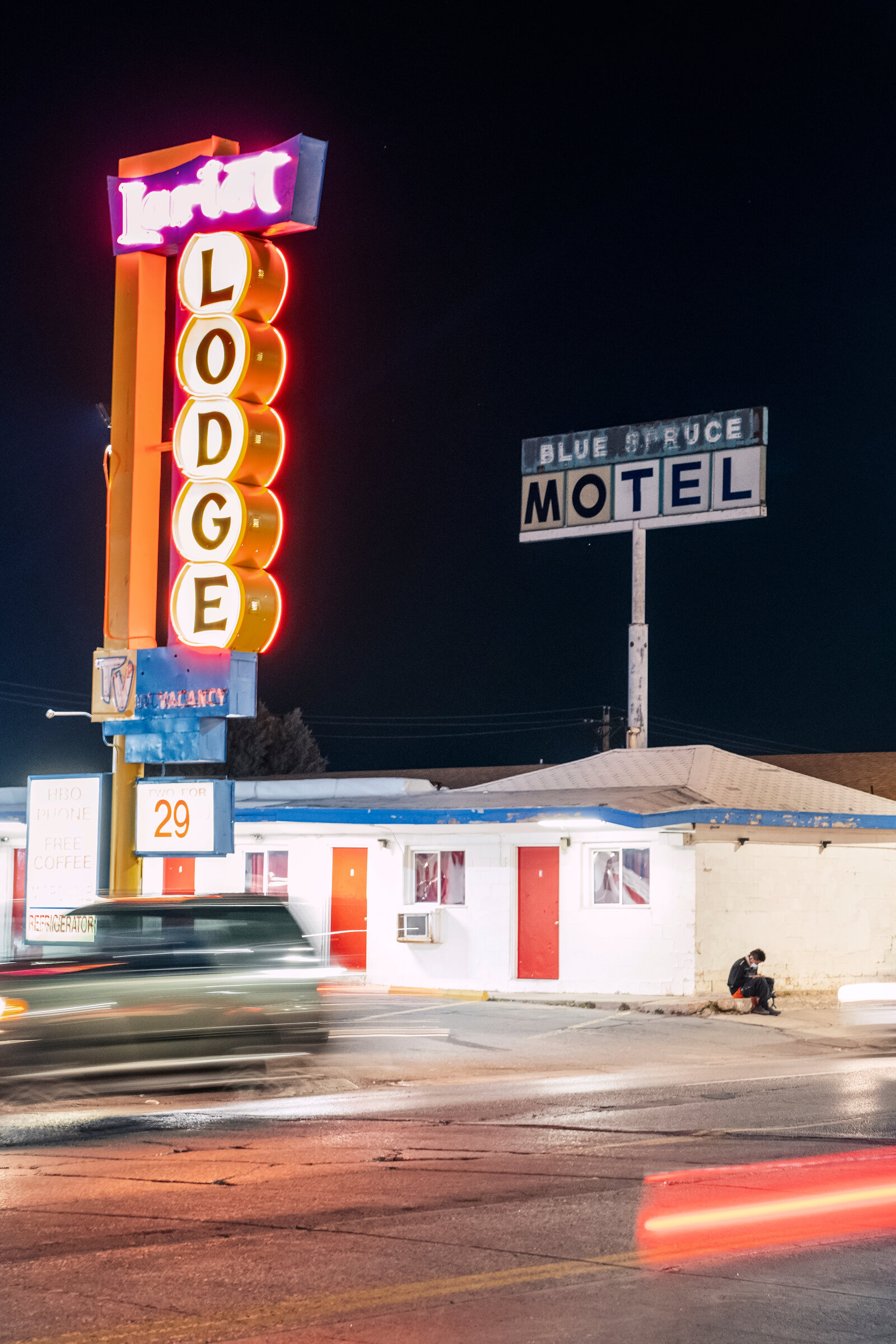 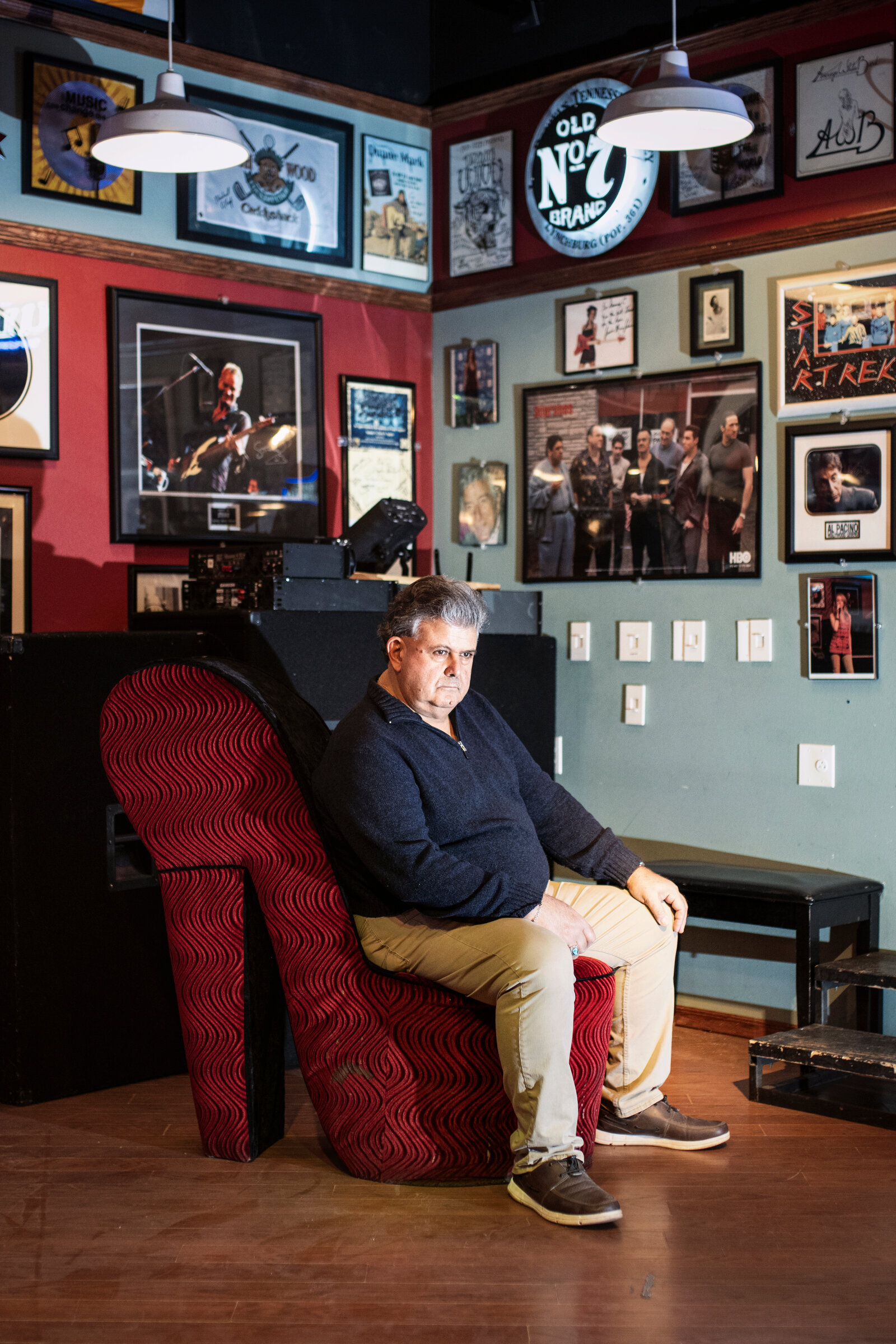 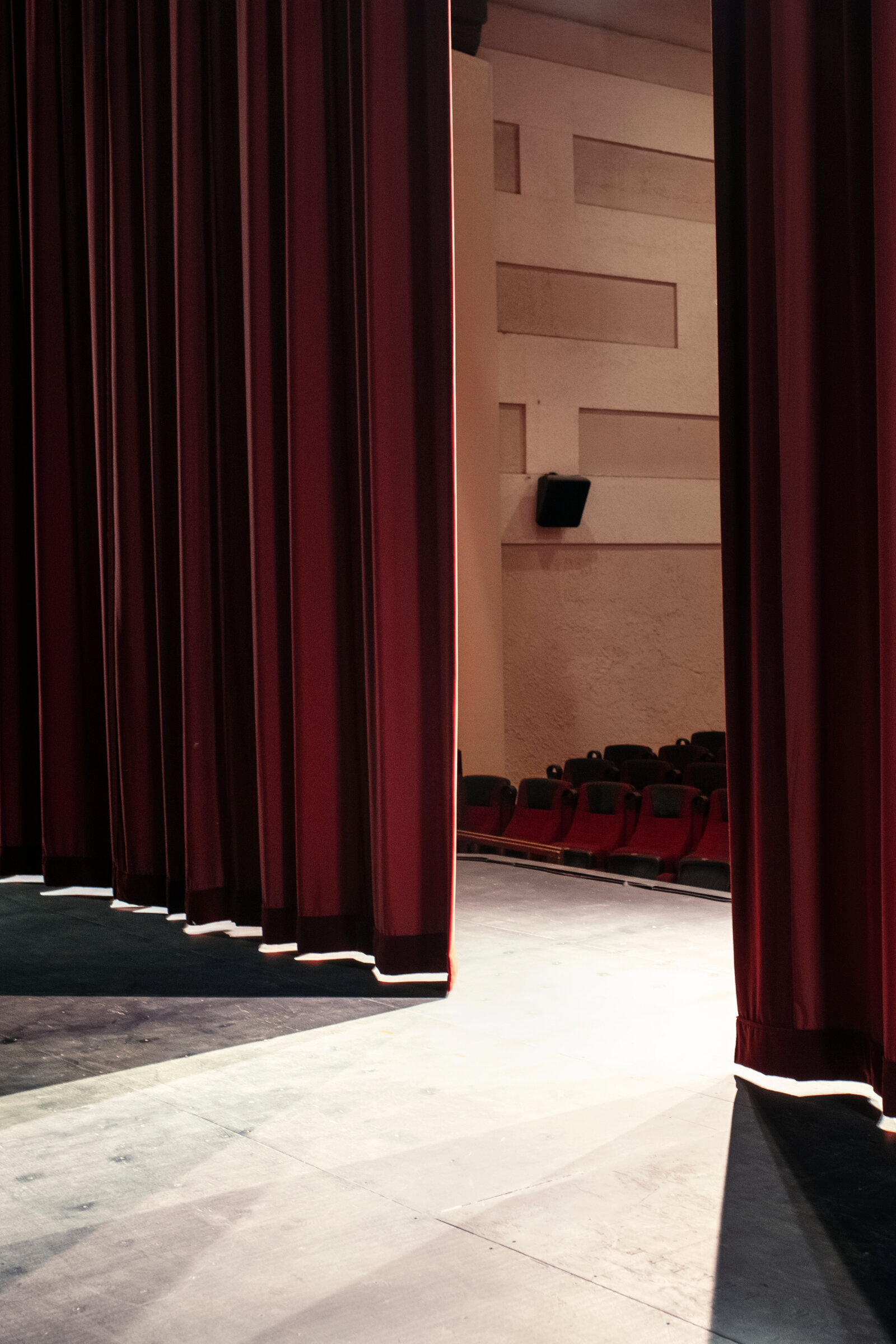 Hotels barely have enough rooms filled to make ends meet. Managers of hotels on Route 66 estimated that revenue was down by more than half this year.

Sammy Chioda, who owns Sammy C’s sports bar with his wife, Marie, has had to lay off most of his staff.

Cultural landmarks like the El Morro Theater are closed until further notice.

When I drove through Gallup the day before Thanksgiving, the last few minutes of sun lit up the rails of the Atlantic and Pacific Railroad. Despite the town’s struggles, I could still feel a sense a pride in the community as I drove around.

But the sense of vulnerability was just as apparent. Even before the pandemic hit, more than a quarter of the city’s residents lived in poverty, and those numbers have swelled this year.

Not long after my visit to the Rehoboth medical center, I watched a group of Navajo men lower a bronze colored coffin into a grave at a cemetery 50 miles north of Gallup. It was not the only virus-related funeral scheduled there that week.