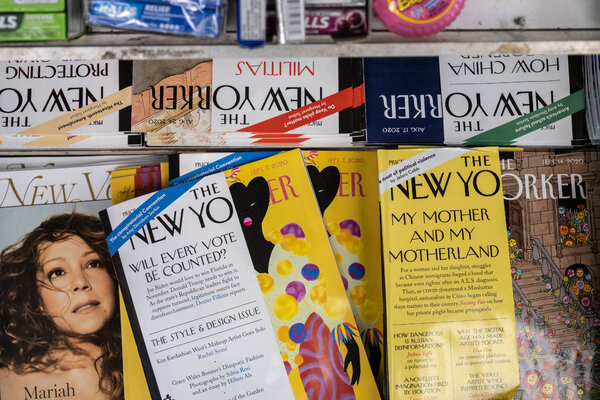 The New Yorker’s union employees did not go to work on Thursday.

The more than 100 employees represented by The New Yorker Union, which includes fact checkers, web producers and some other editorial employees, decided on the daylong walkout after recent rounds of negotiations with management failed, said Natalie Meade, the union chair.

The issue is pay. Ms. Meade, who is a fact checker at the magazine, said the union wanted to raise the salary minimum to $65,000. In the recent negotiations, managers at The New Yorker did not hit that number, she said, instead offering wage increases that she called “insulting.”

The union, which does not represent The New Yorker’s staff writers, has been working toward a collective bargaining agreement since 2018. The walkout started at 6 a.m. on Thursday and was scheduled to last 24 hours.

Before negotiations, the union conducted a pay study based on data from Condé Nast, the magazine’s parent company. The survey found that union workers at The New Yorker had a median salary of $64,000 and that the company’s editorial assistants were paid a median of $42,000.

In a statement on Thursday, a New Yorker spokesperson said that proposals made during the recent bargaining sessions on salary were “initial offers.”

“It is our hope that, as opposed to resorting to actions like this one, the union will bargain in good faith and return a counter proposal, as is standard in negotiations,” the statement said. “That way, we can work together productively to reach a final contract as quickly as possible.”

The New Yorker spokesperson also faulted the union’s pay study, adding: “We are devoted to fair pay all around. We dispute certain conclusions of this study, and we are determined to get to an equitable agreement.”

In September, Senator Elizabeth Warren, Democrat of Massachusetts, and Representative Alexandria Ocasio-Cortez, Democrat of New York, pulled out of keynote speaker slots at The New Yorker Festival in solidarity with union workers, who were planning a digital picket line to pressure management into including a “just cause” proposal in their agreement.

“Just cause” is a provision often included in union contracts that sets a standard employers have to meet to discipline or fire workers. New Yorker management eventually agreed to include it.

The New Yorker Union is part of the NewsGuild of New York, which represents employees at The New York Times, Reuters, The Daily Beast and other news outlets.