DETROIT (Reuters) – Tesla Inc Chief Executive Elon Musk’s fight with local authorities over the reopening of its California plant has gotten the attention of those who scout sites for new factories and corporate offices, as well as economic development officials hungry for more jobs. 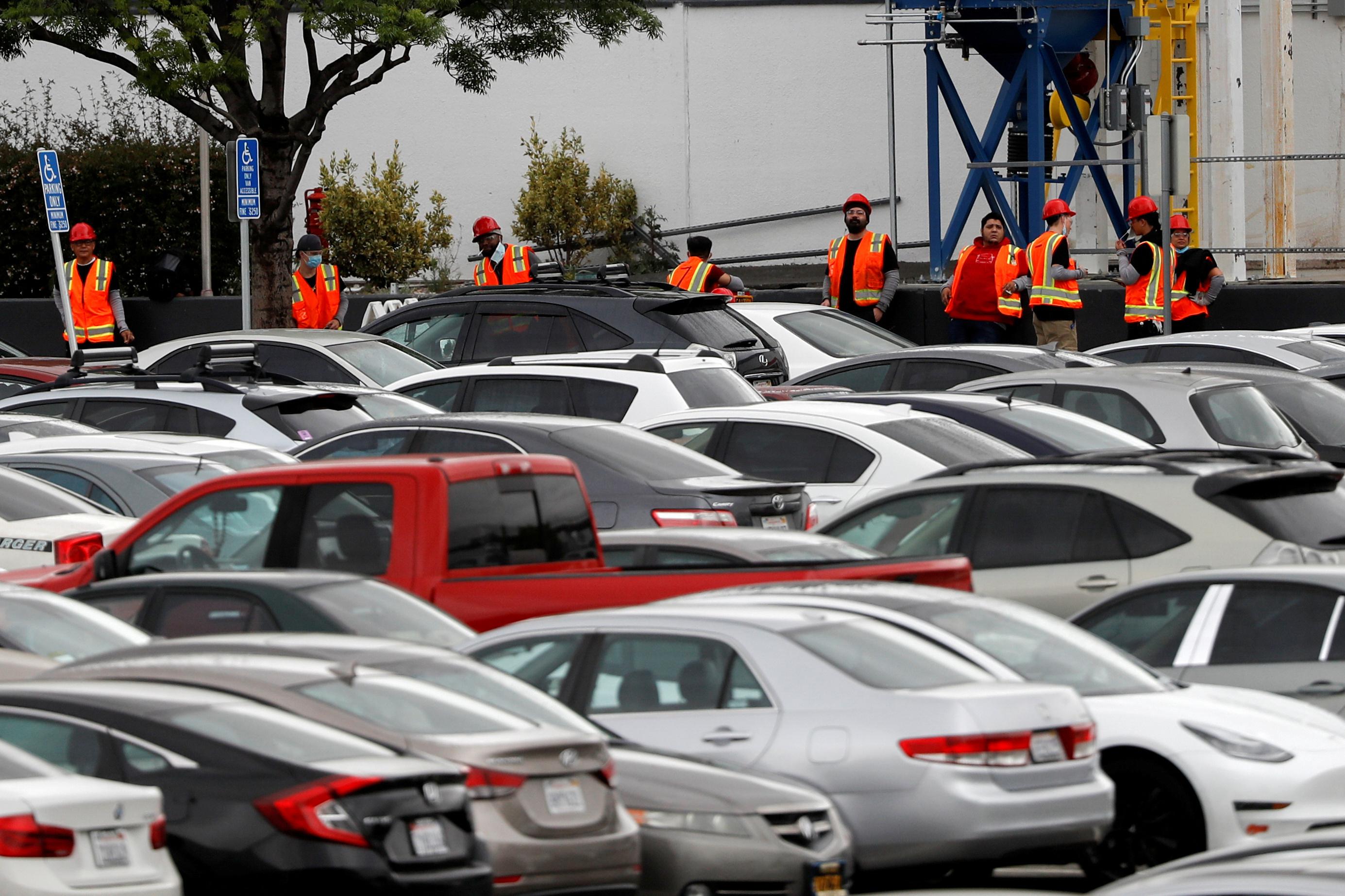 The different speeds at which states are reopening their economies amid the coronavirus pandemic are becoming a factor as company executives consider where to locate operations, site selection and state economic development officials said.

Since the disagreement between Tesla and Alameda County gained national attention, officials from such states as Texas, Nevada, Georgia, Utah and Oklahoma have pitched Musk about considering their state. Analysts estimate it would take Tesla 12 to 18 months to move production.

The Fremont factory employs more than 10,000 people, according to the automaker.

“All you have to do is look at Elon Musk’s tweets to see that at least at the highest level of some businesses, people are definitely paying attention to how states have handled this situation,” said Pat Wilson, commissioner of the Georgia Department of Economic Development, in a telephone interview.

New site selection projects have slowed amid the COVID-19 outbreak. But deals are still being closed and work has largely moved to the virtual world thanks to drones, laptops and Zoom meetings – dubbed “armchair site selection” by Darin Buelow, principal with Deloitte Consulting and leader of the firm’s global location strategy.

“That county has created an opening for others to come in and recruit,” said Mark Williams, president of South Carolina site selection firm Strategic Development Group. “We need to get an idea of, if we have a problem do they have our back? ‘Our back’ could mean helping when a tornado comes through or dealing with some kind of labor issue.”

Industry officials said one outcome of the crisis could be a push by both domestic and international firms to bring more production closer to the U.S. market to reduce supply chain risks, said Greg Burkart, practice leader for site selection at consulting firm Duff & Phelps.

States are taking advantage of Tesla’s troubles in California to promote themselves.

Officials in Tennessee, which is home to auto plants for Nissan, Volkswagen AG (VOWG_p.DE) and General Motors Co, cited the state’s long track record in the sector.

“Would Tennessee be interested in another automaker coming to our state? Absolutely,” Bob Rolfe, the state commissioner in charge of economic development, said in a telephone interview.

Richard Cortez, the county judge of Texas’ Hidalgo County, on the border of Mexico, on Monday reached out to Musk on Twitter, saying his county was available immediately to accommodate Tesla and invited the billionaire CEO for a visit.

In February, Musk teased the idea of a plant in Texas when he tweeted “Giga Texas?” in reference to the gigafactory terminology the company uses.

“You don’t know how much of what’s going on between Elon Musk and the officials in California is posturing and how much of it is real,” he said.

Beyond tension over reopening, site selection experts said the damage done to state budgets could be a factor as businesses choose where to locate operations.