(Reuters) – A surge in Target Corp’s (TGT.N) online sales due to panic buying during the coronavirus crisis helped the big-box retailer post better-than-expected quarterly results on Wednesday, even as it grappled with soaring operational costs. 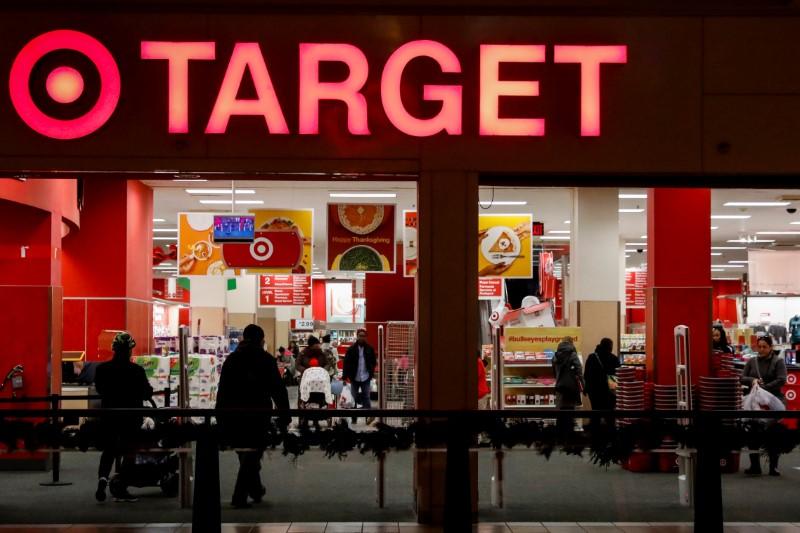 Target, like Walmart (WMT.N), benefited from customers stockpiling staples and cleaning products at the start of the quarter, while demand for non-staple items like beauty products, home goods and clothes rose as stimulus checks arrived late in April.

Although U.S. grocers and supermarket chains have seen a monumental surge in sales during the quarter, they have little to show in terms of profit as most of their funds were spent on bonuses and overtime payments to keep stores running during the pandemic.

“Last quarter was unlike anything I’ve ever seen,” Target’s Chief Executive Officer Brian Cornell told reporters. “It was intense, it was volatile, it was stressful for our guests and the country.”

Overall, online comparable sales jumped 141%, benefiting from investments in same-day delivery services such as in-store pick up, Drive-up and Shipt, and accounted for almost all of its same-store sales growth for the first quarter ended May 2.

Target, which has already pulled its financial targets for the year, is setting aside nearly $500 million to spend on maintaining safety standards at stores and pay employees higher wages.

“There’s just so much uncertainty as I think about the balance of the year … Obviously we’re watching closely to see what happens from an economic standpoint,” Cornell said.

On an adjusted basis, the company earned 59 cents per share, beating already lowered expectations of 40 cents.

“Target is prioritizing being open for customers … This strategy makes sense, although near term results are likely to remain volatile,” Evercore ISI analyst Greg Melich said.