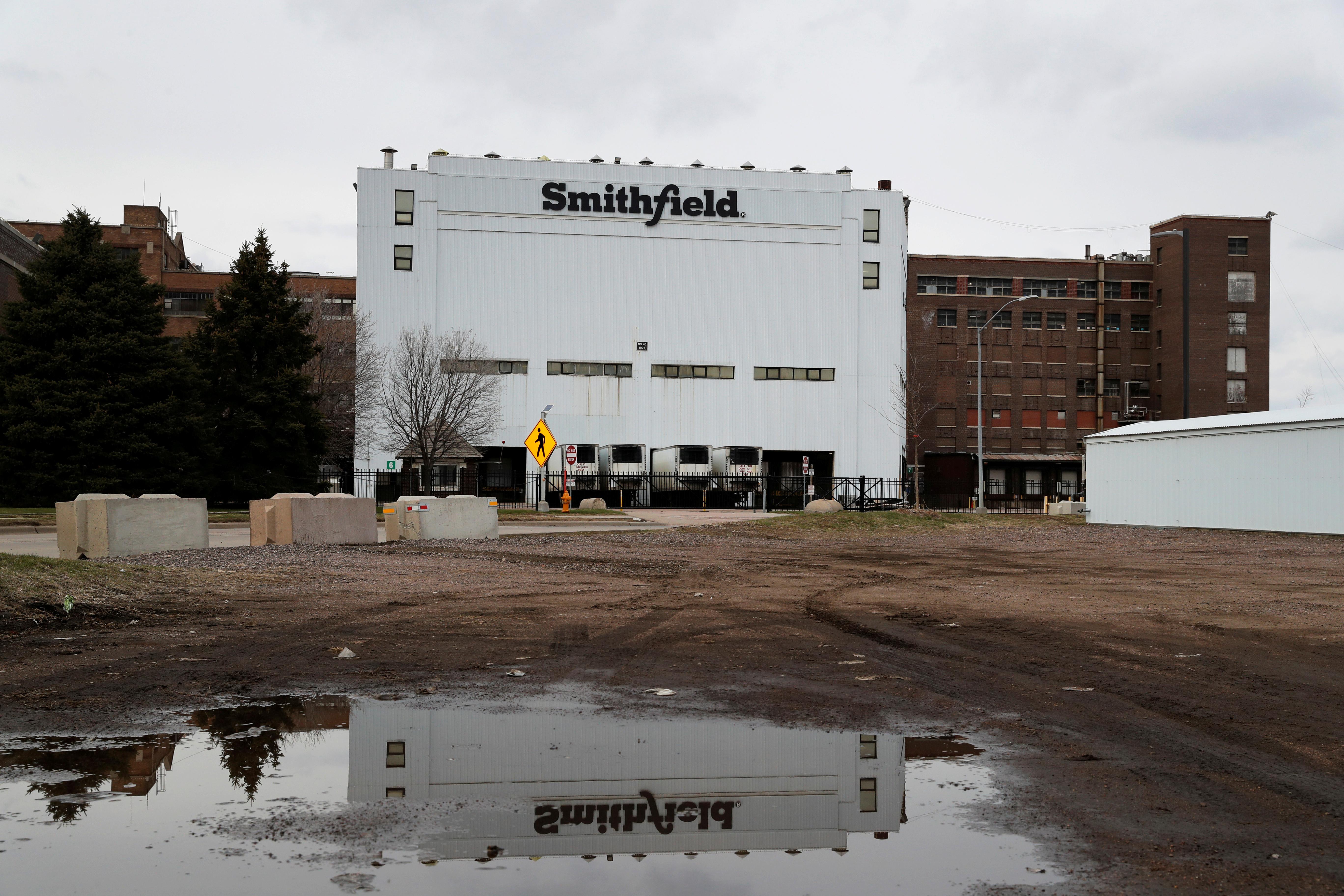 CHICAGO (Reuters) – Smithfield Foods, the world’s biggest pork processor, said workers cannot be socially distant in all areas of its plants, in response to U.S. senators who pressed meatpackers on coronavirus outbreaks in slaughterhouses.

Meatpackers are under mounting pressure to protect workers after more than 16,000 employees in 23 states were infected with COVID-19 and 86 workers died in circumstances related to the respiratory disease, according to Centers for Disease Control and Prevention data.

Smithfield, in a June 30 response made public on Friday, said it erected physical barriers and took other steps to protect workers in areas where social distancing is impossible.

The company, owned by China’s WH Group Ltd, balked at slowing processing line speeds to increase space between employees. It said slowdowns would back up hogs on farms, leading to animal euthanizations and higher food prices.

“For better or worse, our plants are what they are,” Smithfield Chief Executive Kenneth Sullivan said. “Four walls, engineered design, efficient use of space, etc. Spread out? Okay. Where?”

Tyson told the senators it decreased the number of employees on production lines and created barriers or required face shields in areas where employees cannot be distanced.

“These companies clearly cannot be trusted to do what is right,” said Booker. He and Warren called for new legislation to protect workers.

Smithfield, Tyson and JBS did not disclose how much meat they have exported. JBS, a unit of Brazil’s JBS SA, said it accounted for less than 10% of U.S. pork exports to China. Cargill said it has not exported U.S. beef or turkey to China this year.