Lenders who specialize in working with Black- and minority-owned small businesses will have a head start in tapping Paycheck Protection Program funds when the program reopens next week, a move meant to address complaints that the aid was not distributed equitably the last time around.

Starting on Monday, borrowers will be able to apply for new loans through the P.P.P., but only through a small group of community lenders, government officials said on Friday. Community lenders are specially designated institutions that focus on underserved borrowers, including women-led businesses and those run by Black, Latino and Asian owners and other minorities.

Government officials did not set a timeline for when larger banks and lenders will be allowed to start processing loans, saying only that it would happen “shortly.”

The decision is certain to frustrate many borrowers eager to seek aid through the relief program, which offers small businesses forgivable loans to help them retain and pay their workers. The program closed in August after distributing $523 billion to more than 5 million businesses, but last month’s stimulus package included $284 billion in new funding to restart the relief effort.

The move to prioritize community lenders came after criticism that the initial round of Paycheck Protection Program funding was unevenly and unfairly distributed. The program’s structure favored businesses with existing banking relationships, creating unique challenges for some of the most vulnerable business owners.

When the program opened in April, the money ran out in just 13 days, inflaming borrowers who were shut out. Congress allocated additional funds, which proved sufficient: When the program ended, more than $120 billion was left unspent.

Borrowers were previously limited to just one loan, but the new funding will be available to both first-time and returning borrowers. Businesses will be eligible for a second loan if they suffered a sales drop of at 25 percent or more in at least one quarter of 2020, compared with the previous year. Second loans will be restricted to businesses with no more than 300 employees; initial loans are available to larger companies, generally those with up to 500 workers.

An administration official said on Friday that the Treasury Department, which has called the shots on the loan program, is confident there will be enough money to satisfy all qualified borrowers’ needs.

The move to resurrect the Paycheck Protection Program — which is explicitly aimed at keeping small business owners from laying off workers — comes as the employment picture is once again darkening. U.S. employers cut 140,000 jobs in December, the first decline since April, the Labor Department said Friday. 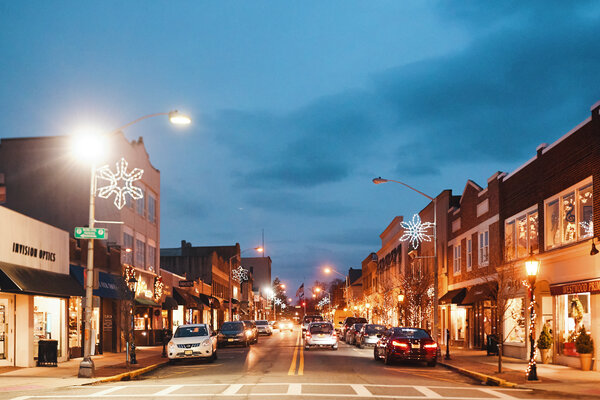 The Small Business Administration, which manages the program, said it will begin accepting applications on Monday from community lenders seeking loans for first-time borrowers. On Wednesday, those lenders will be able to submit applications from people seeking second-round loans.

Community lenders make up around 10 percent of the program’s more than 5,000 lenders, according to S.B.A. officials. They include Community Development Financial Institutions, Minority Depository Institutions and Certified Development Companies.

“We appreciate the effort the S.B.A. is making to ensure that some of the hardest to reach and underserved businesses are first in line,” said José Martinez, the president of Prestamos CDFI, a division of the nonprofit social service group Chicanos Por La Causa. “We’ve been receiving a lot of calls from clients who don’t want to be left behind.”

Prestamos lent nearly $27 million to more than 900 borrowers during the relief program’s initial phase. Mr. Martinez said he expects most to return for a second loan.

She did not directly mention the Paycheck Protection Program — the largest lending program by far in the agency’s nearly 70-year history — but she acknowledged the turmoil many companies are experiencing.

“So many small businesses across the country have been devastated by the pandemic and economic crisis,” Ms. Guzman said. “A disproportionate impact has fallen, as it often does, on our businesses owned by people of color.”

Most of the program’s financiers, including some of the country’s largest banks, said they plan to resume lending. Bank of America, JPMorgan Chase, Cross River Bank and Wells Fargo, which collectively made more than one million loans, said they intend to start taking applications as soon as the S.B.A. gives them the green light.

Bankers said their borrowers are clamoring to apply for a second loan.

“We think we are likely in for a very tough winter until the vaccine is more widely available, and we expect there will be a pretty heavy demand,” said John Asbury, the chief executive of Atlantic Union Bank, in Richmond, Va., which made more than 11,000 loans through the program’s first iteration.

The relief loans, which are backed by the government but issued by banks, are designed to be forgiven so long as borrowers use most of the money to pay their workers. The rare offer of essentially free money has been a lifeline for business owners grappling with the pandemic’s forced shutdowns and other economic shocks.

Holly Schaffner, the owner of Mrs. Turbo’s Cookies, a bakery in Ohio, received two P.P.P. loans totaling $48,000 for her two stores. Before the pandemic, she had 20 employees; in March, as the crisis took hold and she was briefly forced to close, her staff plunged to six. Her sales dropped as much as 70 percent in some months last year.

The relief loans allowed her to rehire several people she had laid off. “If it hadn’t been for that money, I’m not sure I would have had the revenue to be able to make a payroll,” she said. “It was incredibly helpful.”

Ms. Schaffner plans to apply for a second loan once her bank starts taking applications. She now has 12 workers and hopes to hire more soon.

S.B.A officials said they are making changes to try to avoid a reoccurance of the technical meltdowns and other debacles that plagued the initial lending rounds. When the program opened in April, bankers overwhelmed the system with applications, leading to days of delays and frustrating both lenders and applicants. The problems resurfaced when a second round of funding was released a few weeks later.

This time, the agency is using a new system that it hopes will scale to meet demand.

It is also abandoning the practice of approving loan applications instantaneously, which allowed some borrowers to receive their loan funds just hours after they applied. In response to concerns about fraud — which some lenders and watchdogs fear was extensive — the agency is adding some automated data-verification steps before applications will be approved. Approvals will generally take at least one day, an agency official said on Friday.