As ubiquitous as “Be safe” has become as an email sign-off or conversation closer, increasingly retailers and businesses are putting those words into practice.

After the civil unrest that wreaked havoc in major cities last summer and more recently the storming of the U.S. Capitol by Trump supporters on Jan. 6, companies are taking stock of their security plans. As the potential for civil unrest is increasingly a concern for many retailers and businesses, more companies are trying to be proactive about protecting their employees, customers and businesses.

Well aware that Wednesday’s inauguration will be one of the most unique in the nation’s history, Kevin Davis, director of GardaWorld Security’s consulting services division, noted there are 20,000 military troops in Washington, D.C., now. “With the combination of private security, law enforcement and military, there is no greater [security] presence anywhere in the world right now than in the areas surrounding the U.S. Capitol and Washington, D.C. That’s in response to what a lot of people perceive as a huge shortcoming on Jan. 6. I’m not drawing any conclusions or pointing any fingers. I think it will take up to a year to figure out what went wrong and who is responsible,” he said.

With more than 30 years of experience in law enforcement, including previously serving as the city of Baltimore’s police commissioner, Davis joined GardaWorld last May. “The way people view security ebbs and flows. Think back to 9/11. I’m not comparing Jan. 6 with 9/11. On 9/11, thousands of people lost their lives. But it was certainly a significant moment in U.S. history. Our security culture in America changed particularly at airports after 9/11.  I think our security posture is going to change after Jan. 6, when it comes to relatively open and accessible public buildings, particularly state capitols.” 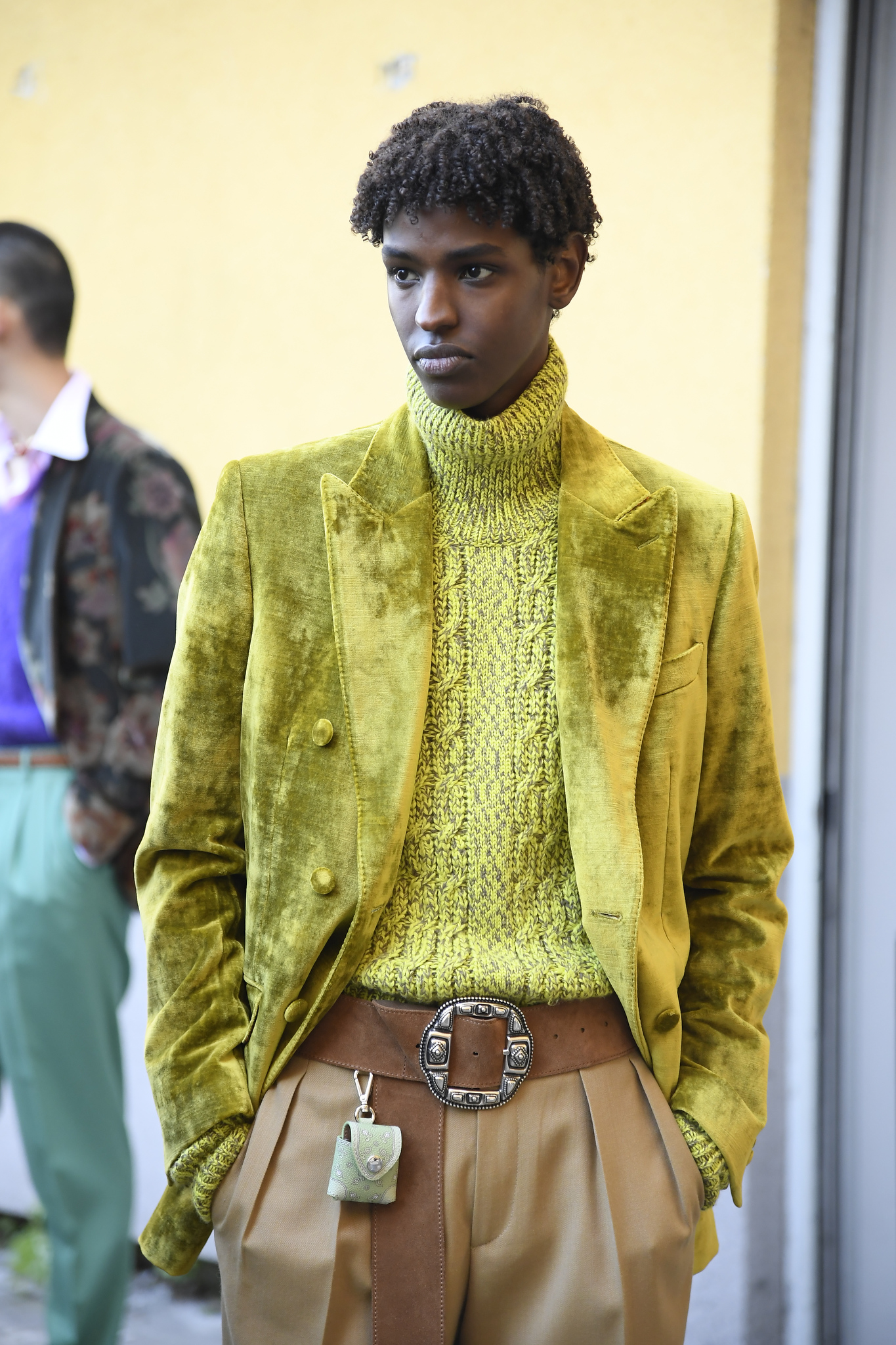 While many are on edge about the potential risk of civil unrest near any of the 50 state capitols, many businesses and local, state and federal officials are taking precautions. “That’s going to be something that trickles down to our business community and our retail clients,” Davis said. “None of our retail clients want a disturbingly overt security presence that scares their customers. But they certainly realize a security presence and a capacity in technology to be smart about security is something that everybody needs right now.”

Going forward, he expects that being smarter about security will be seen more as a cost of doing business. While major retailers could be spending between hundreds of thousands of dollars to millions on security annually, they have been relatively low-key and covert, according to Davis. “As time goes by, there will be a little more of a presence. And that presence serves as a deterrent, quite frankly. Is it a perfect deterrent? No. But is it a deterrent? Absolutely. Retailers across the country are going to be thinking about what they can do differently about security and they will be implementing some changes along the way,” he said.

Retailers that are located near the state capitols understand they are vulnerable in the event of any civil unrest. That is certainly the case in D.C., where there is a good deal of retail in and around the nation’s relatively accessible buildings, Davis said. “That can have a secondary effect on their businesses and clients.”

Along with security measures for property, GardaWorld, which has a network in 45 countries, offers on-site security officers, which many clients have enhanced in recent months, primarily through unarmed, in uniform personnel. “Presence is very preventive. A lot of folks are doing that right now. What’s been unique about the fallout from the Jan. 6 insurrection is a lot of our clients and potential clients are interested in executive protection services, because their c-suite leadership teams are getting threats. That has gone up significantly since Jan. 6,” Davis said. “There’s a lot of anger and anxiety out there. Folks are on the receiving end of distasteful emails and other messages on social media. That’s gone through the roof lately and much of it is First Amendment-protected. It’s certainly inappropriate, nasty and vile. But most of the perceived threats that people receive don’t amount to criminal behavior. It’s still something that puts people on edge about their own personal safety.”

On another front, last summer GardaWorld acquired WorldAware, a U.S.-based security risk management firm. Combined with its own Crisis24 company, they will advise 25 percent of the Fortune 500 companies, protect over 32 million people annually and respond to 35 percent of the world’s insured kidnap for ransom and extortion cases. With WorldAware and Crisis24, Garda is in a better position to offer real-time intelligence to clients, like examining cyber-security matters or suspicious activity, Davis said.

While safeguarding property is a priority with many companies, there needs to be a greater emphasis on preventive measures such as first-aid skills, shelter-in-place guidelines, fire suppression equipment and alternative transportation plans for employees in the event public transportation is shut down, Davis said. Increasingly, companies are interested in learning about simple bleeding-control measures that they can teach employees, as well as basic first aid and CPR, he said.

Noting that Jan. 6 was an anticipated event since the rally was planned for downtown D.C., Davis said there was a lot of information in the intelligence community and people were aware of that. “It’s not a matter of awareness. We didn’t have to guess the date. We didn’t have to guess about the location. We knew it was going to impact the U.S. Capitol. A lot of the review of Jan. 6 will include, ‘what did fill-in-the-blank do with that intelligence?’ Fill-in-the-blank could be the U.S. Capitol police, the lawmakers in Capitol Hill, the National Guard, surrounding law enforcement agencies, the White House. There’s a lot of information available about Jan. 6.”

While boarding up is often determined by individual businesses, many chose to before the presidential election. Some prefer not to because they need to stay open for the sake of their business, Davis said. In those instances, they are advised how to do so safely.

With 65 or so clients in D.C., some commercial and others retailers, GardaWorld has seen increased demand for security. “There is a lot of anxiety right now. The number-one concerns are civil unrest, rioting, destruction and people getting hurt. People have a lot of anxiety about their personal welfare and the welfare of their business, particularly the retail clients. We have a lot of retail clients along the Georgetown corridor,” he said.

Retailers have been concerned for months, including during the lead-up to the Nov. 3 presidential election, as many people anticipated civil unrest especially in the nation’s capital, he said. To offer preparedness advice, GardaWorld offered webinars to large retail chains, not-so-big ones and mom-and-pop retail operations or restaurants. First off, participants were asked to consider the technology they have in place to capture suspicious behavior. They were asked whether cameras are up-to-date, positioned in the right direction and if they have a point of contact in the Metropolitan Police Department in Washington, D.C., or in their local police department.

While many clients have cameras, they often don’t know what to do with suspicious activities that show up if that behavior does not automatically resound as a crime, such as surveillance or someone taking pictures. “Often these protests and demonstrations aren’t spontaneous. They’re organized. Sometimes there are signs of that — people will gather or take pictures. There could be vehicles parked in a way that doesn’t qualify as the norm.”

In advance of Nov. 3, the demonstrations on Jan. 6 and now Jan. 20, GardaWorld clients have been advised to make sure cameras are in working order and ensure that there is a point of contact with local law enforcement to be able to share any pertinent video. In addition, any businesses with outdoor objects that could be used to ignite a fire, like small tables, chairs and trash cans, should be removed.