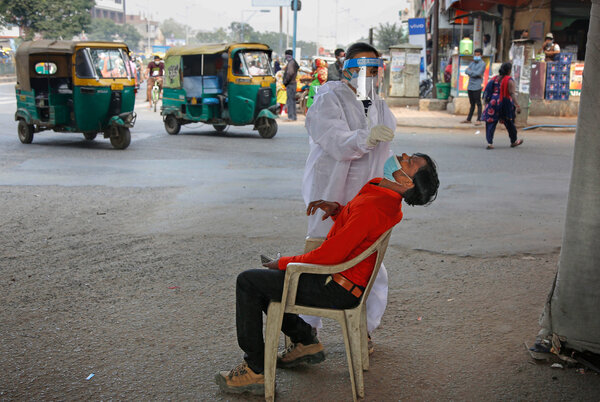 Wealthy nations have been hoarding the scant supplies of coronavirus vaccines in an effort to save lives and revive their devastated economies.

But to inoculate wealthy states while shutting out poor nations would be extremely costly, according to an academic study set to be published on Monday, Peter S. Goodman writes in The New York Times. In the most dire scenario, the global economy would lose more than $9 trillion — that’s more than the yearly output of Germany and Japan combined.

So far, a staggered rollout of the vaccine is playing out where so-called developed countries appear to be first in line. As they rush to fully vaccinate their citizens by the middle of this year, developing countries would be able to inject only half of their populations by the end of the year.

Even in that case, the world economy would suffer by as much as $3.8 trillion, and it is the wealthy nations such as the United States that would absorb the brunt of that loss.

The study was commissioned by the International Chamber of Commerce, and it proffered a different solution. The equal distribution of vaccines to all countries would be in every country’s economic interests.

In a business universe that has become so globally interconnected that few, if any, industries operate in isolation, a staggered rollout of vaccines would cripple businesses worldwide. Companies large and small rely on supplies and customers from almost every continent, and to inoculate one group ahead of another would do nothing to free up the global flow of commerce.

At least one philanthropic group, the ACT Accelerator, is working to close the gap by trying to raise $38 billion to help developing nations get vaccines faster. So far, it has secured a commitment for only about $11 billion.