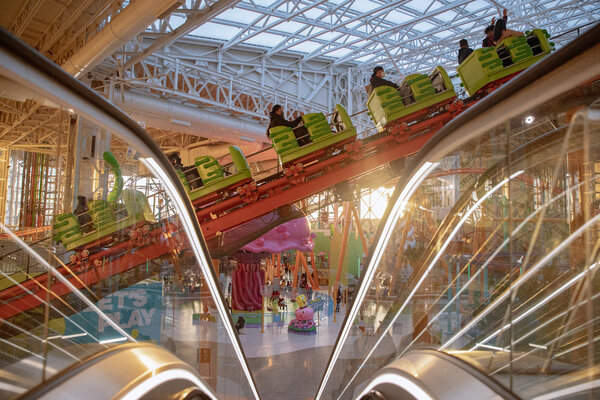 It took more than 15 years for the American Dream mall to begin opening its doors in October 2019. The massive shopping and entertainment complex in East Rutherford, N.J., faced numerous delays as it cycled through developers and billions of dollars in funding.

But because of the pandemic, American Dream will have to keep waiting, The Times’s Sapna Maheshwari and Michael Corkery report.

“It was extremely, extremely unfortunate, the timing of it all,” said Don Ghermezian, co-chief executive of American Dream and chief executive of Triple Five, which took over the project in 2011. “The shutdown came in March, only a couple of days before we were planning to open the balance of the center.”

Triple Five had anticipated 40 million visitors a year at American Dream, an ambitious figure that would put it on par with Walt Disney World in Orlando, Fla. In addition to its stores, the mall’s attractions include a ski slope, a caviar bar, roller coasters and a DreamWorks-themed water park.

Mr. Ghermezian said he was upbeat about the future of the mall, which reopened some of its attractions on Oct. 1. But the pandemic has battered many retailers and shopping malls and has left many shoppers skittish about much of what Triple Five was betting on — travel, crowds and the allure of indoor spaces.