HOUSTON (Reuters) – As oil and gas companies began shutting offshore production before the first tropical storm of the season in the U.S. Gulf of Mexico, experts said restarting wells and refineries will take longer and prove more costly this year because of COVID-19. 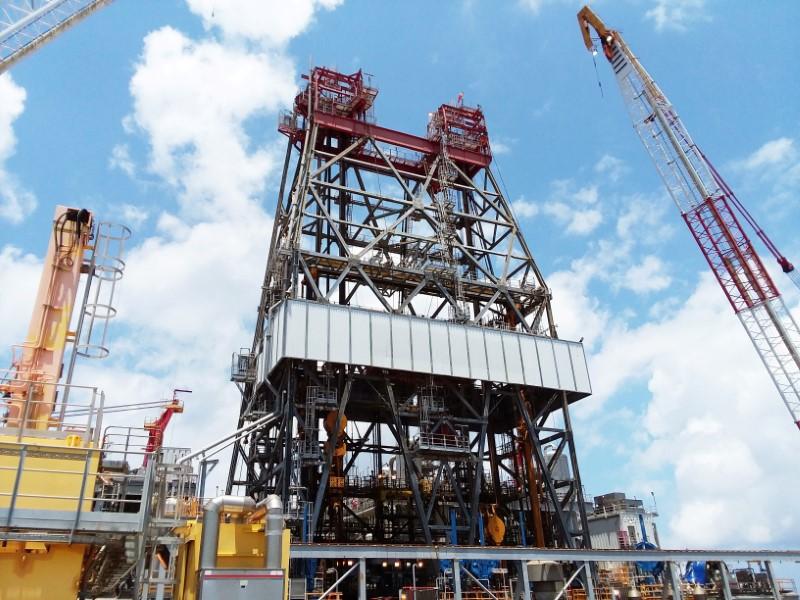 “There is an economic hit when a hurricane comes through,” said Turner, and for smaller producers strained by low prices a bad storm may be the last straw for their production.

“Some assets won’t be worth turning back on,” he said.

U.S. energy companies face their first test of hurricane restarts under COVID-19 this week from the approaching Tropical Storm Cristobal. Three have already evacuated workers and shut some production.

Cristobal is expected to enter the central Gulf this week, an area rich with offshore platforms, and could see landfall along Louisiana’s refinery row on Sunday.

Gulf Coast refineries and seaports account for 45% of U.S. oil processing capacity and the majority of energy exports. Some 1.93 million barrels per day (bpd) of oil, or 15% of the U.S. total, also comes from U.S. Gulf of Mexico waters.

COVID-19 already has raised costs and added travel headaches for offshore crews and complicated working conditions for refinery operators. Royal Dutch Shell hired helicopters to individually ferry out three workers on the same platform suspected of having the virus to isolate them from one another, said a Shell spokeswoman

Some 120 offshore Gulf of Mexico workers have tested positive for the virus this year, and a greater number were evacuated preemptively, according to a National Ocean Industries Association spokesman.

Chevron Corp and others have lengthened offshore crew schedules to at least 21 days from 14, closed gyms and staggered meal breaks to reduce the risk of coronavirus outbreaks. Workers who spike a fever or exhibit signs of illness are whisked off for onshore medical care.

Post-hurricane restarts will also change. BHP Group quarantines employees heading to its offshore platforms in a Louisiana hotel and expects workers evacuated from rigs during storms to stay at the same or another onshore hotel until the danger passes and they can return to the platform.

Under normal circumstances, “we do not expect the challenges associated with COVID-19 to significantly impact our production deferrals,” said BHP spokeswoman Judy Dane.

At Gulf Coast refineries, the crews assigned to remain onsite during a storm will wear masks if they cannot be six feet (1.8 metres) away from another person while working at control boards, a person familiar with the matter said.

The “ride-out” team will also have temperature checks before entering the facility, and be required to self-report any symptoms of the illness, the person said.