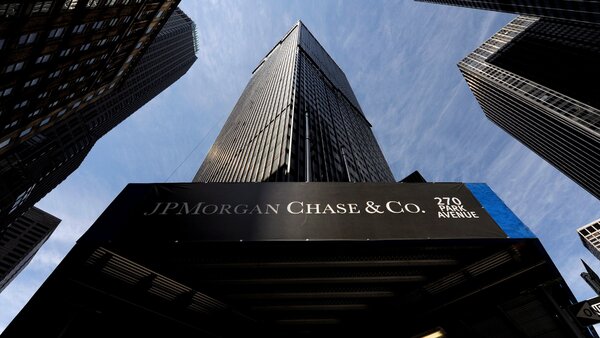 Big businesses often donate to both political parties and say that their support is tied to narrow issues of specific interest to their industries. That became increasingly fraught last week, after a pro-Trump mob stormed the Capitol and some Republican lawmakers tried to overturn Joe Biden’s win in the presidential election. A flurry of companies have since reviewed political giving via their corporate political action committees.

Some big banks are pausing all political donations:

Goldman Sachs is freezing donations through its PAC and will conduct “a thorough assessment of how people acted during this period,” a spokesman, Jake Siewert, told DealBook.

JPMorgan Chase is halting donations through its PAC for six months. “There will be plenty of time for campaigning later,” said Peter Scher, the bank’s head of corporate responsibility.

Citigroup is putting all campaign contributions on hold for a quarter. “We want you to be assured that we will not support candidates who do not respect the rule of law,” Candi Wolff, the bank’s head of government affairs, wrote in an internal memo.

Some companies are pausing donations to specific politicians:

Marriott said it will pause donations from its PAC “to those who voted against certification of the election,” a spokeswoman told DealBook.

Blue Cross Blue Shield, Boston Scientific and Commerce Bancshares are taking a similar, targeted approach to donation freezes. The newsletter Popular Information is tracking the responses of these and other companies that donated to lawmakers who challenged the election result.

A pause is not permanent. The suspensions coincide with the first quarter after a presidential election, which is typically light on fund-raising anyway. Efforts by some companies to pause PAC donations to all lawmakers — those who voted to uphold the election as well as those who sought to overturn it — are raising eyebrows. And companies can still give to “dark money” groups that don’t disclose their donors but often raise far more money than corporate PACs.

Here’s an intriguing question: Will companies ask for their money back? Ken Gross, a partner at the law firm Skadden, said he hadn’t seen evidence of that, but he noted that the pauses may be prolonged, depending on “how the dust settles” on potential impeachment proceedings and the nature of the debates over Mr. Biden’s cabinet nominees.

Corporate PACs aren’t the only groups under scrutiny. The Republican Attorneys General Association is taking heat following reports that a fund-raising arm, the Rule of Law Defense Fund, urged people to march on the Capitol. Several companies told DealBook that they were reviewing their support of the group, though none said they planned to cut ties. (Most noted that they supported attorneys general from both parties, an issue Andrew addressed in a column last year.) A representative for the association said that it and the Rule of Law Defense Fund “had no involvement in the planning, sponsoring or the organization of Wednesday’s event.”

Here’s what we heard from some of the big corporate donors to the group:

“We are appalled and condemn these actions in the strongest possible terms and have communicated that to R.A.G.A.,” said John Demming, a spokesman for Comcast, which donated $200,000 last year, according to Documented. The company would seek “assurances that they take steps to ensure that nothing like this would happen again,” he said.

Randy Hargrove, a spokesman for Walmart, which donated $140,000, said: “As we conduct our review over the coming months, we will certainly factor last week’s events into our process.”

Ann Moore, a spokeswoman for Coca-Cola, which donated $50,000, said: “We continuously re-evaluate our memberships, and we will continue to do so with last week’s event in mind.”

In other fallout: The P.G.A. of America said it would no longer hold its signature championship at the Trump National Golf Club in Bedminster, N.J.; the social app Parler, popular among conservatives as an alternative to Twitter, went dark this morning after Amazon cut it off from computing services; the payment processor Stripe banned the Trump campaign from using its services; YouTube blocked Steve Bannon’s podcast channel; and the debate continues over tech giants’ influence over public speech.

U.S. states struggle to roll out coronavirus vaccines. New York abruptly loosened its guidelines, after medical providers were forced to discard doses because of difficulties finding qualified patients. Florida’s distribution plans are in disarray as demand far outstrips supply. And federal officials are being criticized for supplying syringes that can’t efficiently extract all the liquid from vials.

Chicago takes heat for its plan to reopen public schools. More than 6,000 students are set to return today, but a major proportion of the city’s teachers aren’t expected to show up, as their union argues that the plan doesn’t protect their health.

The voting machine maker Dominion sues a Trump ally for $1.3 billion. Dominion accused Sidney Powell, a lawyer who pushed baseless election conspiracy theories about the company, of defamation. The lawsuit, the company said, is meant to “set the record straight.”

Investigators examine the latest Boeing crash. The plane involved, which took off from the Indonesian capital of Jakarta and was said to be carrying 62 people, was a workhorse model, the 737-500, with a good safety record.

Crypto’s wild ride continues. Bitcoin fell 11 percent overnight, while Ether and other top cryptocurrencies plunged as well. Some analysts speculated that investors were locking in profits after the price of Bitcoin doubled over the past month.

Amid the flurry of corporate condemnations of last week’s violence at the Capitol, one stood out. In its statement, the National Association of Manufacturers called out President Trump directly and urged Vice President Mike Pence to consider removing him to “preserve democracy.” The Times’s Jim Tankersley, Peter Eavis and DealBook’s Lauren Hirsch got the back story of the unexpectedly severe statement, perhaps the starkest sign of corporate America’s break with the Trump administration.

Once a reliable conservative ally, the trade group has hosted Mr. Trump at annual meetings, worked closely with his administration on deregulation and tax cuts, and gave Ivanka Trump an award last year. N.A.M.’s president, Jay Timmons, has long ties to the Republican Party, and previously served as chief of staff to Senator George Allen of Virginia.

What changed? Quite likely, the reason that the group was able to speak out so forcefully last week was that Mr. Timmons did not poll the board’s membership before issuing the statement (he declined to say whom he did consult). When The Times reached out to the company’s board members, most referred to their own vaguely worded statements condemning the violence. Few would comment on N.A.M.’s call for the removal of Mr. Trump.

Mr. Timmons has become increasingly dismayed by the Trump White House, and when his father died from Covid-19 last month, he released a statement via N.A.M. in which he blamed “careless” behavior by people encouraged by “national leaders” who weren’t urging masks or other precautions. After a pro-Trump mob stormed the Capitol, “it was a clear and present threat to our democracy,” Mr. Timmons told The Times. “I thought it was important to speak up.”

The House is expected to vote as soon as Tuesday on impeaching President Trump for a second time. But the Senate won’t take up a trial until at least Jan. 19, according to Senator Mitch McConnell. House lawmakers will also vote on a resolution calling on the cabinet to remove Mr. Trump by invoking the 25th Amendment.

Big banks begin reporting their latest earnings, with Citigroup, JPMorgan Chase and Wells Fargo releasing numbers on Friday. A busy week for I.P.O.s is expected to see companies raise more than $4 billion, including more than $1 billion for Playtika and debuts for Affirm, Petco and others.

George Barrios and Michelle Wilson — the former co-presidents of World Wrestling Entertainment who abruptly left the company a year ago — are announcing their next project today: Isos Capital Management, an investment firm focused on media, entertainment and sports.

The idea was hatched in the summer. Mr. Barrios and Ms. Wilson are veterans of the sports and entertainment business, including more than a decade at WWE. “We feel really proud of everything that was accomplished during our tenure, so we’re excited about the next chapter with Isos,” Ms. Wilson told DealBook. After WWE, they both considered several opportunities — including C.E.O. roles — but decided instead to continue working together.

An industry in flux. The new fund will target companies at all stages of development, in industries that are undergoing rapid technological shifts. “There are spaces — whether it’s video gaming, e-sports, sports betting — that will drive fan engagement, and that digital transformation will really become the vehicle to make that happen,” Ms. Wilson said.

As money has poured into the space and deal making has picked up, the fund’s founders believe their experience and contacts set them apart — at WWE, for example, they led the company’s aggressive international push. “Capital is important, but it’s fungible,” Mr. Barrios said. “What Michelle and I bring is expertise, credibility and a global network.”

The tax bill of big U.S. banks could rise as much as $11 billion a year if President-elect Joe Biden rolls out his campaign’s corporate tax proposal. (Bloomberg)

Nellie Liang, a former top economist at the Fed, is reportedly a top contender for a key Treasury Department post. (WSJ)

Amazon and Walmart increasingly decide that it’s not worth the time and money for customers to return some items for refunds. (WSJ)

“The Lies We Tell During Job Interviews” (WSJ)

The pandemic has created a shortage at sperm banks, giving rise to an underground fertility economy on Facebook. (NYT)