“I am so delighted that Margaret is our new editor-in-chief of Vogue China,” said Wintour. “Her international experience, exceptional multi-platform digital expertise and wide-ranging interests are the perfect combinations to lead Vogue China into the future.”

While Condé Nast calls her an editor-in-chief, under China’s publishing rules, that role is reserved for Vogue China’s local media partner. Her official title is editorial director in the masthead, the same as her predecessor Angelica Cheung.

Li Li, ceo of Condé Nast China, added that “Margaret understands the emerging trends of a new generation of Chinese and possesses the business acumen needed to leverage our data and insights across new digital platforms. We welcome her creativity and innovation in defining new media approaches and look forward to her bringing global fashion to China while taking Chinese culture to the rest of the world.”

“Vogue has such a legacy, with over 125 years — in the States, at least — of significant cultural gravity, Zhang said: “This new role is an incredible opportunity to combine my background, my skills, and my interests.” 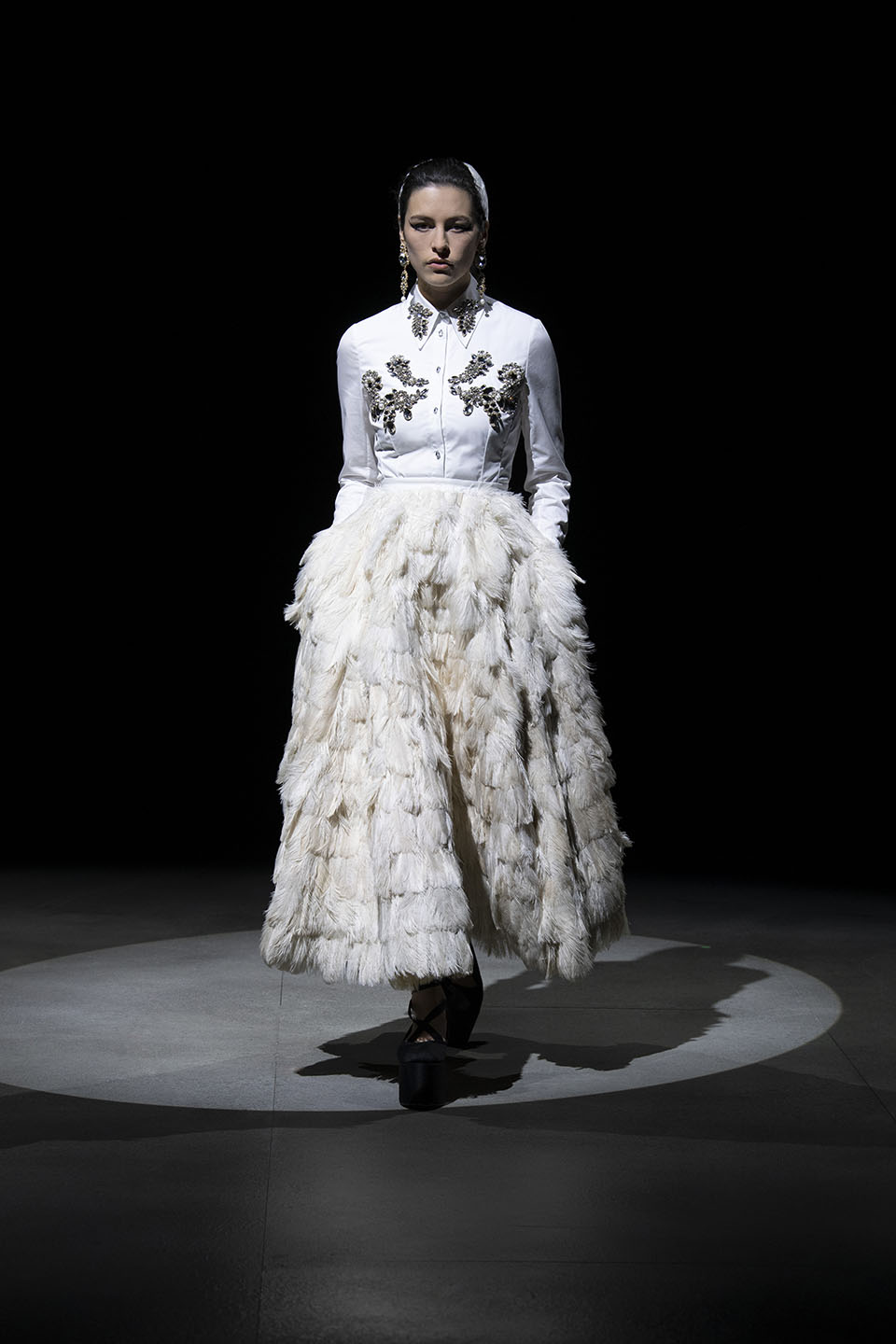 She believes that her international experience puts her in a good position.

“There’s a lot of context about China that is lost; often it’s looked at as this one monolithic entity, as opposed to a country of individuals and innovations,” she said. “I think Vogue China has an immense platform to communicate about those individuals not only to the world but to its own citizens. There’s a huge opportunity to champion local talent — in film, music, and the fine arts, in addition to fashion — and bring it to a global stage because it’s such a recognizable brand and so trusted.”

She is currently in Sydney, where she grew up, but Zhang plans to move to Beijing as soon as the pandemic allows.

Zhang’s parents moved to Australia from Huangyan, a city in China’s Zhejiang province. Her father was a professor of mechanical engineering at the University of Sydney. It was her passion for ballet that led her into fashion, she told Vogue Portugal.

“I was very lucky that my brother and I had such a diverse upbringing and had great support from our parents. We both grew up learning dance and that’s where our interest in fashion comes from.”

Speculations around Zhang’s getting the top job at one of the most profitable Vogue editions have been swirling since early January both in New York and Beijing, as first reported by WWD.

Influencer Bryan Boy broke the news to the public on Jan. 13 by tweeting “Congratulations Margaret Zhang — if she is the new Vogue China Editor in Chief!”

At that time, Condé Nast responded “Nothing to announce yet @bryanboy. We’re finalizing our Vogue China Editor-in-Chief decision and will share with the world soon.”

Her appointment represents a new era for the Condé Nast title. Zhang is young, fashionable, smart, driven, and more importantly, has a global point of view.

Her take on fashion, womanhood, and many other social issues might be different from China’s mainstream values. But that’s precisely what Vogue China needs, to stay ahead of its time and present things from a perspective that can inspire China’s young and affluent fashion consumers.

This move also gives a clue about what Wintour’s vision of a global Vogue is going to be about, possibly more multimedia and digital-focused and having diverse voices under one unified message. Vogue Monday appointed Juan Costa Paz new global creative director. He will oversee the creative direction for the brand in the U.S. and the U.K. and “help guide Vogue’s approach to content in all formats,” according to a statement.

China’s online and local industry reactions regarding Zhang’s appointment have been largely positive. Fans of top Chinese celebrities like Liu Wen, Yang Mi, and Dilraba Dilmurat have been commenting on her Weibo posts, begging her to put their idols on the cover since the speculations started.

Zhang is no stranger to Vogue China either. She produced two digital covers for the launch issue of Vogue Me in 2016. 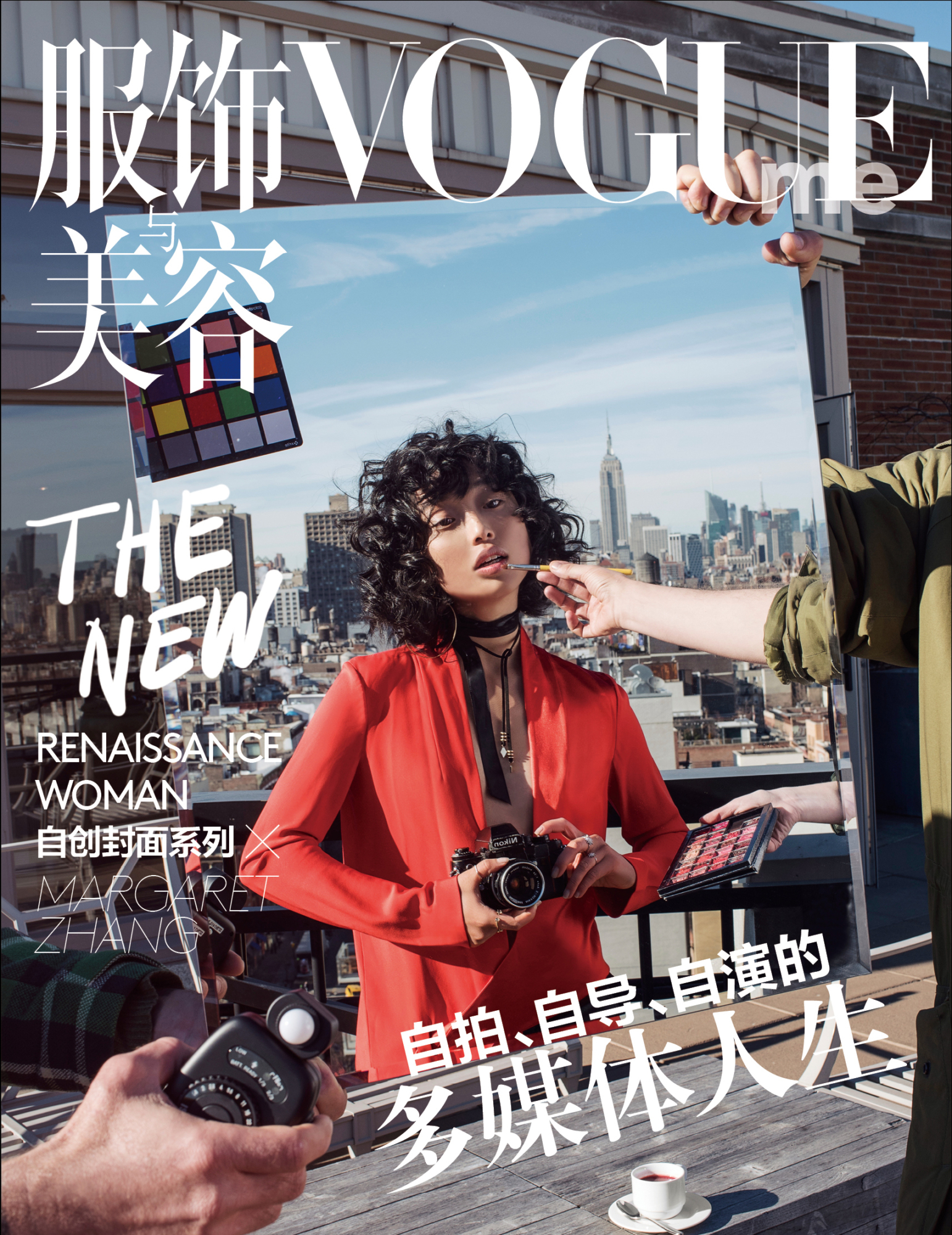 Margaret Zhang shot herself for two digital covers for Vogue Me in 2016. Courtesy

The 27 years old Zhang has made a name for herself in the fashion industry as an influencer, model, photographer, writer, and consultant since the launch of her website “Shine By Three” in 2009. She has 1.19 million followers on Instagram and 36,970 fans on Weibo, China’s equivalent of Twitter.

She has worked with several fashion labels and publications globally, and she was also the first Asian face to front the cover of Elle Australia. The Face magazine appointed Zhang as creative director at large for Asia for its relaunch in 2019.

But in recent years, Zhang has generally moved away from fashion to work on her first full-length feature film. Her personal website hasn’t been updated since Apr. 23, 2020, where she shared her family’s secret dumpling recipe with the last post.

It’s not clear whether Zhang will continue to pursue her career in film making. She is verified as a film director on Instagram, with a link in the bio that redirects to her previous works in film.

The last one uploaded in 2019 is a 10 minutes short film titled “I’ve Been Thinking About What You Look Like.” It tells the story about “two outsiders alone in Tokyo, and two avatars treading carefully in a Japanese chatroom, embark on an unlikely search for identity through the modern, distorted lens of the projected self and society’s ideals on what love means.”

One user commented on Youtube that “This is actually so mesmerizing. It was like a thrilling adventure with an ending that leaves you to think and wonder what might happen after they meet. So so beautiful, truly.” While another one said: “I wish this were an actual movie on like Netflix or something like that.”

One big draw for Zhang to accept the job offer would be gaining film industry access with Vogue China’s supplement Vogue Film, as it provides a great platform for her to raise capital and awareness for her future projects.

But for now, she will have to put her director dream on a halt and focus on getting to know the current Vogue China team, and the local industry, and find a way to balance demands from Wintour and her team and make sure that she will make the right decisions.

It’s understood that Wintour has been interviewing candidates with an overseas Chinese background in the past months to succeed Cheung, who is now a partner at venture capital firm Sequoia Capital’s China branch. Cheung launched the magazine 16 years ago.

A source told WWD that Wintour reached out to Hung Huang for the job, but Huang turned down the offer. Another source said Wintour has also reached out to several former Vogue China editors to fill the vacancy, but none agreed to do so in the end. A third source said Zhang was one of the three candidates that made it into the last round of the job interview.