For the third straight year, there is a new top producer at Jimmy Fallon’s “Tonight Show.”

Jamie Granet-Bederman, a longtime producer on the NBC late-night show, will take over as showrunner, the network announced on Monday. Gavin Purcell, who had served as showrunner since late last year, will return to his development deal with Universal Television, a subsidiary of NBCUniversal, the network said.

“The Tonight Show Starring Jimmy Fallon” has fallen into third place among the 11:30 p.m. late-night talk shows, a once-unthinkable prospect for the NBC institution. Mr. Fallon is trailing both ABC’s “Jimmy Kimmel Live” and — by a wider margin — “The Late Show” with Stephen Colbert on CBS in total viewers and among adults under 50 years old, the category that is of vital interest to advertisers.

The timing of the move — the day before the presidential election — caught the attention of much of the television industry. Mr. Fallon, once the late-night ratings king, has seen his ratings slide since President Trump’s inauguration in 2017. Over the last four years, late-night viewers have clearly favored Mr. Colbert’s anti-Trump monologues over Mr. Fallon’s fun-and-games approach.

NBC officials are hopeful that the election — no matter the outcome — could help shake up the 11:30 p.m. landscape.

As “The Tonight Show” has shed viewers, Mr. Fallon has cycled through different showrunners. In October 2018, the longtime NBC executive Jim Bell took charge of the show, replacing the triumvirate of Gerard Bradford, Mike DiCenzo and Katie Hockmeyer. A year later, Mr. Bell left the company and Mr. Purcell took over, though the network made it clear he would do so only on an interim basis.

With new episodes of scripted series delayed because of the coronavirus pandemic, the broadcast networks have had lower ratings this year. And over the last six weeks the late-night shows, without strong lead-ins and the cheers of studio audiences, have drawn smaller audiences. 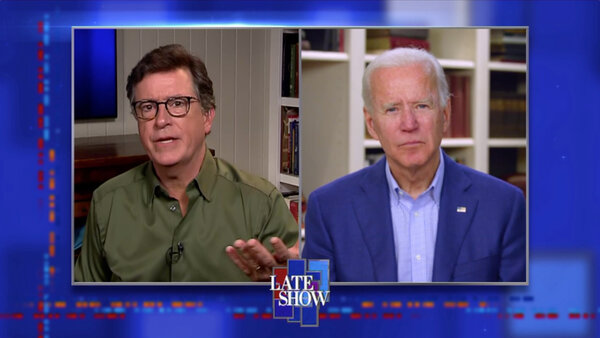 Since late September, Mr. Colbert is averaging 2.9 million viewers. Last year at this time, he was averaging 3.5 million. The recent averages for Mr. Fallon (1.5 million) and Mr. Kimmel (1.7 million) are also below last year’s usual audience of roughly two million for each. NBC has pointed to Mr. Fallon’s success via digital channels, particularly on YouTube and Facebook.

All the late-night shows have had to adapt to the pandemic. They shut down their studios in the spring, and the hosts broadcast from home. In recent months, they have returned to their studios, but without an audience.

Ms. Granet-Bederman has been a producer with Mr. Fallon since 2009 and was most recently in charge of booking its guests. As part of the change, NBC said on Monday that Nedaa Sweiss, the former head writer of “The Tonight Show,” would serve as the co-showrunner.

Ms. Sweiss will not be there long. The network said she would leave early next year because she has sitcoms in development at ABC and CBS.