MILAN — Meet them at the beach. That might be the mantra that luxury and fashion brands are repeating this summer.

Surely, the resort retail business is having a golden moment in Italy, one of the most attractive countries for international tourists, especially during the summer.

Luxury hotel chains are boosting their business in Italy, including travel group Belmond, which is controlled by French conglomerate LVMH Moët Hennessy Louis Vuitton and which in May, following a full renovation, reopened the famed Splendido Mare overlooking Portofino’s picturesque harbor. At the same time, fashion brands are fighting to secure the best retail locations in the peninsula’s most appealing holiday destinations.

This year, in fact, thanks to the acceleration of the vaccination campaign globally, international tourists are returning to Italy. This is an encouraging sign for the country where before the pandemic, according to a research conducted by Bain & Co., 60 percent of the luxury purchases in the country were made by overseas tourists. In particular, as the research highlighted, before the 2020 COVID-19 crisis, the wealthiest segment of international visitors vacationing in Italy used to spend around 15 billion euros annually on tours, experiences and shopping.

All the Looks at the 2021 Cannes Film Festival

“After the lockdowns, people are in the mood for traveling, doing shopping and having fun,” enthusiastically said Giancarlo Sandretto, chief executive officer of Sant’Andrea srl, a company that acquires luxury retail locations in key cities and resorts across Italy and Europe and rents them to fashion and lifestyle brands.

Sant’Andrea srl has 10 retail spaces in Forte dei Marmi and three locations in Capri, among others. “Last summer, there were four closed stores on Capri’s Via Camerelle, which is something that has never happened before on the island. However, this summer the situation is the opposite and there is a waiting list of brands that are keen to rent a space on the island,” Sandretto said. 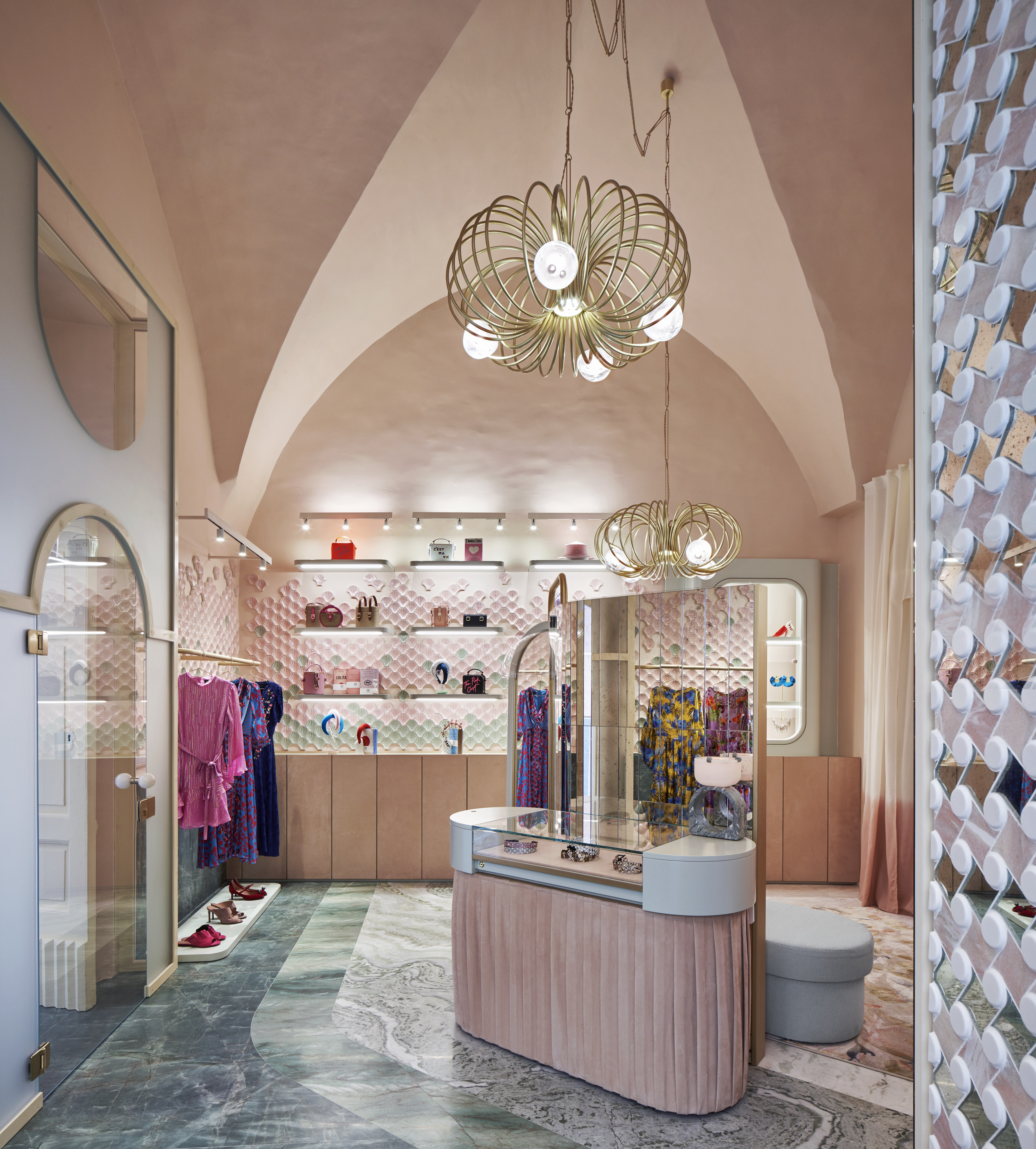 As of today, the occupancy rate of hotels, bed and breakfasts and guest houses is above 90 percent for the month of July, with room rates for a one-night stay exceeding 1,000 euros.

“American tourists are finally back in Capri,” said Sandretto, highlighting how the Mediterranean island is among the favorite holiday destinations for international visitors. As per the aforementioned research conducted by Bain, the Amalfi Coast and Capri are the world’s fourth most preferred places for vacations for high-spending, non-European tourists.

In Capri, already home to boutiques of leading luxury brands, a string of additions are populating the island’s shopping streets: Milan-based Luisa Beccaria secured a location on the iconic Piazzetta, while Genny and Golden Goose opted for the prestigious Via Camerelle. The luxury sneaker and streetwear brand, which last year was acquired by private equity firm Permira for 1.3 billion euros, has inaugurated a boutique that pays tribute to the tradition of the location with its Pompeian red walls. The store — which houses an artisan who provides customization services to personalize sneakers and bags with a range of embellishments spanning from Swarovski crystals to handwritten tags — also carries the brand’s first resort capsule collection. This is also on sale in other seven Golden Goose stores in the world, including Puerto Banús on the Costa del Sol, Cannes, Saint-Tropez, Hawaii, the Hamptons and Miami. Designed to offer a cool summer wardrobe, the capsule consists of men’s and women’s beachwear styles, linen dresses, shirts and pants, as well as accessories, spanning from canvas totes to straw hats.

Despite the proliferation of established brands’ stores, Capri preserves a local authenticity with a range of artisanal boutiques selling the island’s iconic sandals, made famous worldwide by style queens such as Jackie Kennedy Onassis and Marella Agnelli, and sartorial garments. For example, Blanche Capri Couture opened a boutique on central Via Fuorlovado offering dresses and separates that are created on the island using fabrics customers can choose.

Exclusivity and uniqueness are the main values at the core of The Pink Closet, the boutique opened in Ravello by Mariella Avino, owner and managing director of the luxury resort Palazzo Avino in Ravello, one of the gems of the Amalfi Coast.

Rather than offering products by established luxury brands, Avino is filling her pink wunderkammer, located across the street from the hotel’s main entrance and occupying a scenic space that previously housed an art gallery, with an array of garments and accessories from international niche brands. For this summer, Avino also launched Creative Lab, a program focused on the development of special capsules and dedicated products created by emerging brands such as Giannico, Caterina Gatta, Vernisse, Leontine Vintage, Gala Rotelli, Bluetiful and House of Mua Mua, among others.

“People shopping on vacation don’t look for ordinary things. They want something special, unique, that can bring them immediate joy and happiness, but also that once home reminds them of their holidays and experiences abroad,” said Avino, who at the end of June launched the digital extension of The Pink Closet. “Through the e-commerce, our loyal guests, but also new ones, can enjoy a piece of the Palazzo Avino experience at home.” 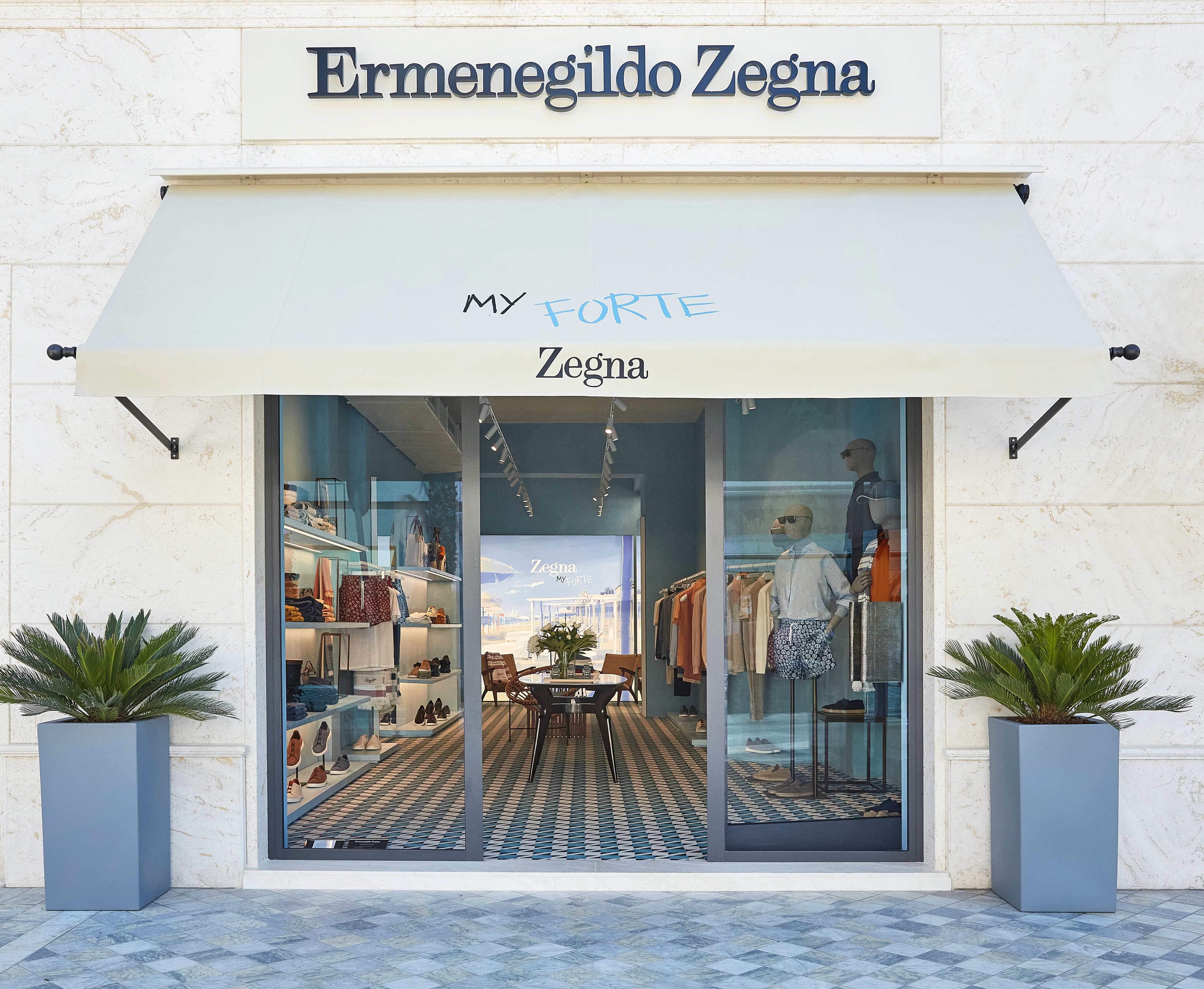 While Russian tourists still have to make a real comeback due to the travel restrictions imposed by their own country, Tuscan luxury seaside resort Forte dei Marmi is in full bloom. “Retail real estate prices are increasing and the demand of locations is higher than ever,” said Sandretto.

The popular beach destination this season is welcoming many high-spending tourists from Northern Europe, but also a lot of wealthy Italian families who are still worried about taking international trips, said Sandretto. Among the luxury brands that have invested in Forte dei Marmi are Louis Vuitton; Salvatore Ferragamo; Zimmermann; Forte Forte; Manebì, which also opened boutiques in Italian resort destinations Pietrasanta and Alassio, and Ermenegildo Zegna. To celebrate the opening of the boutique, the men’s wear powerhouse created a capsule of swimming shorts and beach towels decorated with prints inspired by Forte dei Marmi’s famed beach cabanas.

According to Sandretto, among the Italian resort destinations that will benefit from the arrival of mega yachts cruising the Mediterranean Sea this summer is Porto Cervo, the luxury village on Sardinia’s northeastern coastline.

“The traditional itinerary of billionaires’ mega yachts goes from Puerto Banús to Ibiza and then touches Porto Cervo to end in Mykonos,” said Sandretto.

In Porto Cervo, at the Promenade du Port retail development, luxury multibrand retailer Modes has opened its largest shop in Italy, a 3,391-square-foot, three-story space designed by Berlin-based architecture studio Gonzalez Hasse AAS, which will also be in charge of the design of Modes’ flagship inaugurating in Paris in September.

“Our DNA is deeply rooted in the resort retail business,” said Aldo Carpinteri, founder and chief executive officer of Modes, which operates multibrand stores and concessions in some of the most prestigious holiday destinations, including St. Moritz, Forte dei Marmi, Portofino and Sardinia’s luxury resort Forte Village. “I think that the multibrand concept perfectly meets the needs of those doing shopping on vacation, since it can offer them special, exclusive things, more flamboyant and extravagant than the assortment that you can propose for the city life.”

Marni, Proenza Schouler and Marsia Holzer Feel at Home in the Hamptons