Sam Bankman-Fried, the founder of the cryptocurrency exchange FTX, and Changpeng Zhao, the founder of Binance, the world’s largest crypto platform, have made fortunes with products that are off limits to nonprofessional U.S. investors.

Both exchanges offer crypto derivatives, which are bets on future fluctuations in cryptocurrency prices. They also offer extreme leverage — up to 125 times on Binance. That means a $1,000 down payment can be turned into a $125,000 gamble.

This high-risk trading can lead to big payoffs for winners. But it also leads to account liquidations for losers, forcing sales that influence cryptocurrency prices and can set off cascading losses. When crypto prices dropped in May — a fall precipitated by regulatory rumblings in China and tweets by Elon Musk about Bitcoin’s environmental impact — these forced sales contributed to and accelerated the collapse in value.

The executives who created these platforms admit that high leverage amplifies volatility in crypto markets. But they say few traders use their most extreme offerings and point out that derivatives exist on traditional markets (as do cascading liquidations). There are even some crypto derivatives on the classic Chicago Mercantile Exchange — where pork and corn futures have long been traded.

But in the case of the Chicago Mercantile Exchange, the leverage caps are low, the exchange is highly regulated and trading is limited to professionals. U.S. regulators have not created a licensing scheme for crypto exchanges to offer these products to retail investors.

Although both Mr. Bankman-Fried and Mr. Zhao grew up in North America and worked on Wall Street, they started their businesses in Asia, where they are to some degree beyond the reach of American regulators.

As Coinbase, the largest American exchange, has grown and become publicly traded, both Binance and FTX have set up shops that cater to U.S. traders, with far fewer offerings.

Mr. Bankman-Fried and Mr. Zhao — better known as C.Z. to his millions of Twitter followers — believe that crypto derivatives trading should be permitted in the United States, arguing they are creative investment opportunities and part of crypto’s potential to democratize finance.

In a series of video calls and email exchanges with The New York Times, Mr. Bankman-Fried and Mr. Zhao discussed the paths that led them to crypto and their views on risk, profit and operating in regulatory gray spaces. The interviews have been edited and condensed for clarity.

You ran a cryptocurrency trading firm in Berkeley, Calif. Why move to Hong Kong?

Around late 2018, I went to a cryptocurrency conference in Macao — and it was sort of transformative. It was a three-day conference. And by the end of that I had like two weeks of meetings set up in Hong Kong, and I ended up in Hong Kong. At some point, it sort of had happened implicitly. I guess there’s a point at which I canceled my lease back in the Bay.

What was the appeal?

Being in Hong Kong unlocked something that I’d wanted to do for a while but I’ve always been missing a key piece of, which was to start an exchange. In crypto, exchanges handle basically the entire infrastructure. It’s every single part of a trade put together except for the buyer and seller, whereas in traditional finance, it’s all handled by like 12 different firms. Another important piece of it was that it needed a non-U.S. base of operations.

Why not in the United States?

So the most important part for us — and I think for a lot of the industry as a whole — is derivatives. The question is, well, what’s the regulatory framework for crypto derivatives? Most countries have taken the position, some implicitly, some explicitly, that they’re going to wait and see and that they will police things if there are things that seem bad or egregious or predatory. In the United States, the Commodity Futures Trading Commission has mostly taken the position that this is a regulated financial activity. But there isn’t a crypto derivatives exchange license.

A critique of exchanges like yours is that the high leverage available to crypto derivatives traders accelerates cascading liquidations that amplify volatility in cryptocurrency markets. Could this pose a risk to the wider economic system?

Oh, I absolutely think it could. I do think it is true that this could cause cascades in the economy more generally if crypto got big enough. That being said, this is not unique to crypto. Crypto is unique in how quickly these moves are sometimes realized. But obviously, in 2008 you saw this, right? It played out over the course of months instead of hours. But this is what happened. One bank fell, and that triggered liquidations on another set of portfolios, which triggered liquidations on another one.

Should your industry rethink high leverage?

So I feel conflicted. I basically think that there would be a lot of gains from reducing leverage in the system. I think that you would prevent some of the crashes that we’ve seen. I also think there’d be a lot of losses from doing it and that you also prevent a lot of economic efficiency if you get rid of it. It’s a bit of a double-edged sword. So there are some exceptions to this, but with most of the exchanges, a general consensus is maybe we should just get rid of 100 and 50 and anything above 10X. We would get consumer outcry if we got rid of it, and we’d get very bad press. But it might be the right thing to do.

How is the Hong Kong cryptocurrency scene now?

I wouldn’t say it’s as thriving as it once was. Hong Kong has actually a fair number of people in crypto in it, although I think that number is decreasing given future regulatory uncertainty — a lot of people are looking at the announcements from the Securities and Futures Commission about introducing crypto regulation in the next year.

We’ve looked into it. The Monetary Authority of Singapore has been one of the most on-the-ball regulators in terms of trying to actually build out a regulatory and licensing framework. That being said, like almost every jurisdiction, Singapore has not ruled out a comprehensive regulatory framework for crypto yet. Crypto derivatives are one sort of notable example of that. It’s very promising, potentially. But, frankly, we want to do a lot of research on it.

What’s the difference between FTX US and the global platform?

There have been some really successful U.S. crypto exchanges — Coinbase obviously being the most prominent example. As we started expanding into more and more demographics, one of those is retail traders, and there are huge amounts of retail influence occurring in the United States. And the other piece is the institution. A lot of U.S. institutions, historically, they’ve not traded any crypto, but that’s starting to change. They all now have mandates for trading crypto somehow sometime. And they’re playing around with what that means or having conversations. It hasn’t started in earnest, but it will open next year or two and we ought to be prepared. 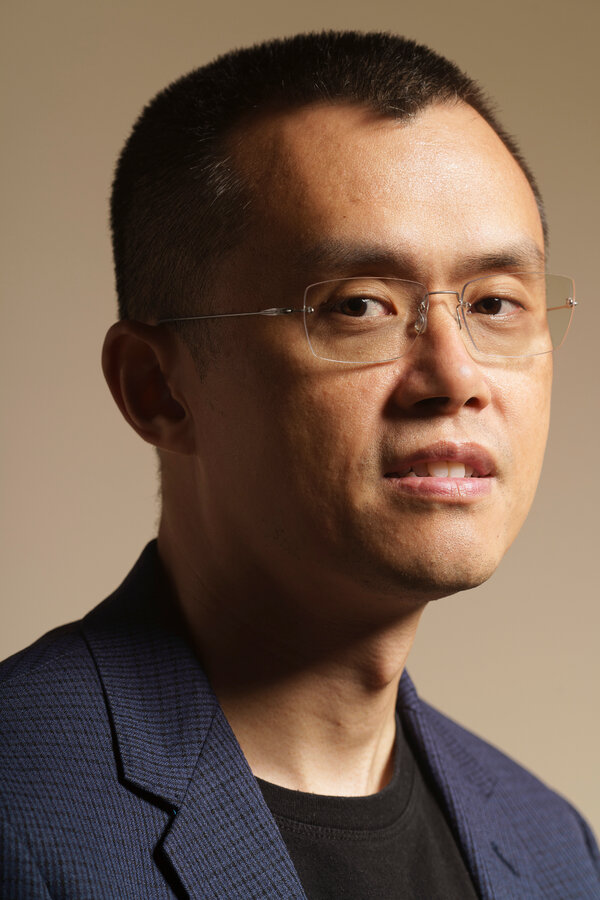 Does your personal background relate to your career in crypto?

My background definitely does relate. And so I was born in China, moved to Canada when I was 12. I then went to Japan for an internship. And before I graduated university, I had a job there working on exchange systems and then moved to New York and then Singapore, Hong Kong, Shanghai. So I’ve been moving around quite a bit in my life. And I think this gave me a lot of exposure. It also gives me a broader worldview.

How did you get into Bitcoin?

I studied computer science. My first job, my early career, I worked as a developer on trading systems. So those experiences also allowed me to understand Bitcoin very, very quickly in 2013. But it actually took me about six months to be fully committed. I read the Bitcoin white paper, understood it, but I felt that for that thing to work, we need a decent community behind it.

In December 2013, I went to a conference in Las Vegas and bumped into Vitalik Buterin, one of the founders of Ethereum. That’s incredible today. There was one other guy that was quite influential. I was learning Ripple. He came over with a laptop to show me how it works, and in the process, he transferred some XRP to me and said, “You can use that to teach the next guy.” It’s about five hundred bucks — not a huge amount of money, but it’s not peanuts. So I was like: “Well, this is a pretty generous group of people. They’re really not after the money. They’re really just wanting to teach.” Shortly after that, I quit my job, sold my house.

But is it a practical way to pay for things?

It’s just in the early days. So much now about crypto is people who see it as a way to try to make more money by watching it grow in value and trading it. It’s almost like a gambling thing. And people are getting into it just thinking that they can trade it and make money off it as opposed to using it.

Do you worry about the investment frenzy?

I didn’t expect it. I think it’s very hard to predict what’s going to take off at which time. But we have an open democratic market, and the market will self-correct. Too many people are rushing in. The prices will go too high. And then some guys will want to cash out, to take profit. But nobody really knows. So maybe the price is still too low now. So the market takes care of that.

Is there more risk in derivatives — betting on price fluctuations — than in trading actual tokens? The word risk means different things to different people. Some people say risk. Some people say opportunity. The professional futures traders, they manage risk.

Binance was an early investor in FTX. Isn’t it a competitor?

I never view anyone as competition. If I’ve got that mind-set, everyone’s the enemy to me, even very different businesses. But I have an abundance mentality. I think most things in this world are not limited resources. Money is not. Business opportunities are not. And the crypto industry is not. We’re so far away from saturating the crypto market. We’ve got to build a market together.