SAN FRANCISCO (Reuters) – As the United States gears up for presidential, congressional and local elections in November, the country’s economy is also on a rollercoaster ride. 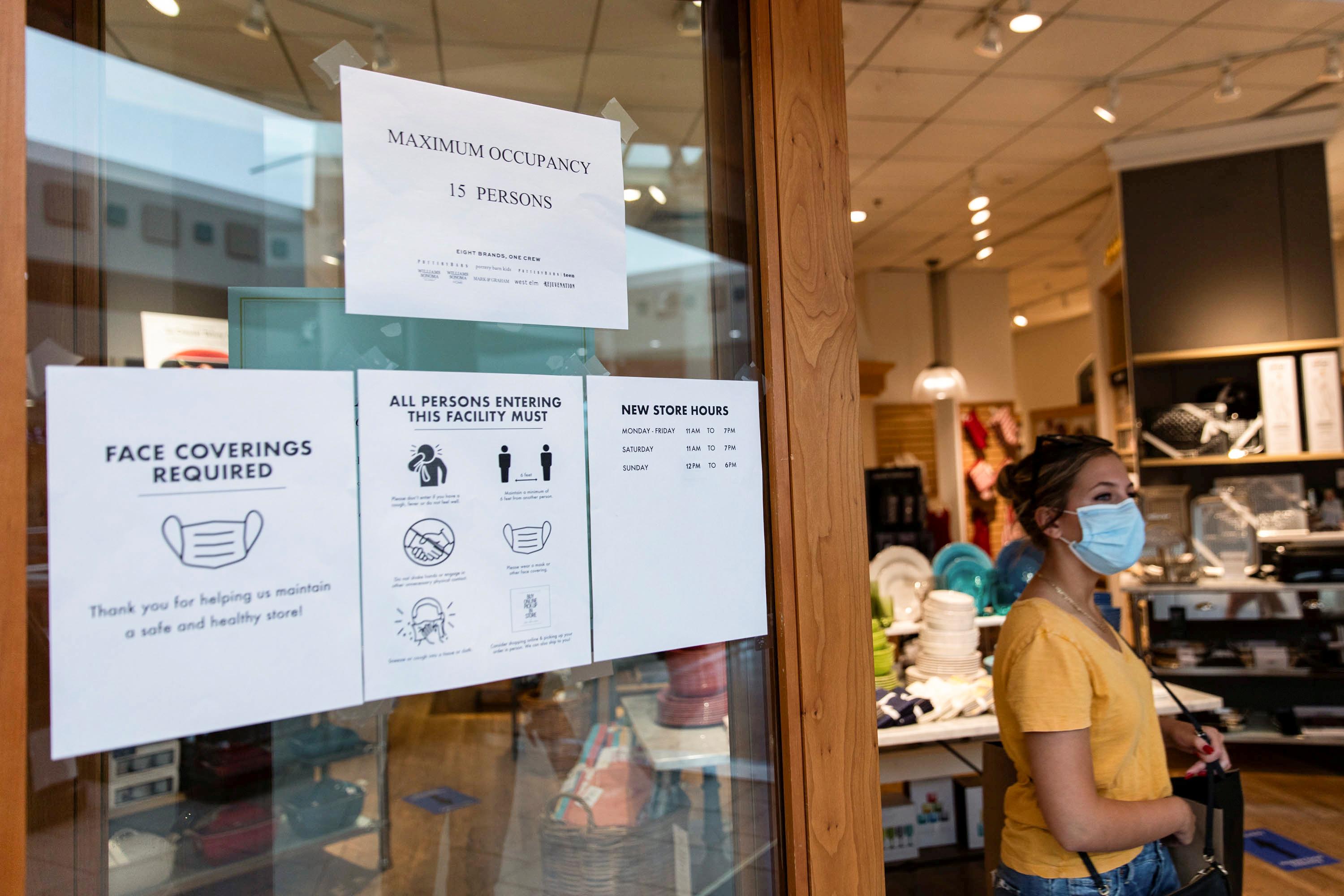 Attempts to stop the spread of the coronavirus in March put tens of millions out of work, pinched spending and slowed factory output.

As many states began relaxing their lockdowns in May, some of that data went into reverse: jobs started coming back, factories made more stuff, and households bought it up. With some states now shutting businesses again and shoppers and diners worried amid a recent resurgence of infections, those gains could reverse.

Amid the upheaval, politicians and analysts of all stripes are seizing on figures (here) that support (here) their particular (here) narrative (here), while ignoring (here) others that don’t.

House Speaker Nancy Pelosi, on the other hand, said that the unemployment figures show that Congress needs to pass a new coronavirus relief bill that gives people cash, or the “economy will only worsen.”

Who is right? Here are some guidelines to judge the health of the U.S. economy for yourself in the months to come.

A record 4.8 million jobs were created (here) in June, the Labor Department’s latest monthly jobs report showed. That’s on top of the reported 2.7 million jobs created in May.

It sounds pretty good. But coming after the COVID-19 related shutdowns, the increase in May and June is a bit like falling down a 22-foot hole – and then clambering up a seven-and-a-half-foot ladder at the bottom.

In this case, there were 152.5 million employed U.S. workers in February before the coronavirus hit – that number is now 137.8 million, even after two months of increases.

So be careful of ‘records.’ The numbers have been big in both directions, and probably will be for a while. Instead, take a look at how the current situation compares to the relatively healthy pre-COVID economy:

HOW MANY ARE UNEMPLOYED?

Weekly first-time claims (www.dol.gov/ui/data.pdf) for unemployment insurance, or the number of new people filing for unemployment benefits, have also been falling in recent weeks. After hitting a high of 6.867 million in late March, they came in at 1.314 million for the week ended July 4.

Still, claims are twice as high as they were at the height of the Great Recession, and more than six times the 2019 average of just over 200,000. See here for a historical comparison.

Just as important is how many people remain on jobless benefits from week to week. These continued unemployment claims, charted here were 18 million in the week ended June 27.

(GRAPHIC – Over 18 million Americans are on unemployment: here)

NO, REALLY, HOW MANY ARE UNEMPLOYED?

The continued unemployment claims data above doesn’t show the whole picture, however.

A brand new Pandemic Unemployment Assistance program gives unemployment benefits to contract workers like ride-share drivers. Such workers wouldn’t normally qualify for aid while between gigs, but were made eligible because of the enormity of the economic disruption.

Adding in the nearly 15 million people receiving these and other special benefits, a staggering 32.9 million U.S. residents were getting some type of unemployment assistances as of June 20, the most recent date for which this data is reported. (www.dol.gov/ui/data.pdf)

Meanwhile, the official unemployment rate (here) fell in June to 11.1%, from 13.3% in May. While clearly an improvement, it still exceeds the worst reading during the Great Recession of 10%.

The government says it’s almost certainly an undercount (here): if job status were classified correctly, unemployment in June would have been closer to 12.3%, down from 16.4% in May. This undercount is likely to shrink as time goes on.

IT’S HARD TO GET ADJUSTED

Another thing to keep in mind is that some data is adjusted for seasonal factors, like holidays and seasonal weather patterns, and some isn’t. Sometimes when the data doesn’t add up, that is the reason.

Then there is annualized data.

Every three months the U.S. government publishes an initial estimate of how fast the economy is growing – or, as in the current crisis, shrinking – compared with the previous three months.

Because the public health response to the coronavirus was to stop much of daily commerce, GDP in the April to June quarter is expected (here) to shrink more than 30% (here) on an annualized basis, far outpacing the previous record, a 10% drop in the first quarter of 1958.

This is clearly a sign the economy is distressed – but it does not mean the United States’ gross domestic product (here), which was $21.4 trillion in 2019, has shrunk to a third of its former size. Instead it is on course to shrink that much if it continues to contract at the same pace for a full year.

That’s unlikely. Instead, most economists forecast record third-quarter GDP growth of 20% or more. The first estimate of second-quarter growth is due out on July 30; the initial third- quarter report is due out on Oct. 29, just days before the election.

Even so the economy will likely end 2020 smaller than it began, perhaps by about 6.5%, according to Federal Reserve policymaker estimates. (here)