CHICAGO/WINNIPEG, Manitoba (Reuters) – Inside the small-scale Iowa abattoir Stanhope Locker and Market, owner Shaunna Zanker yawns with exhaustion as she listens to yet another farmer asking her to slaughter his pigs. 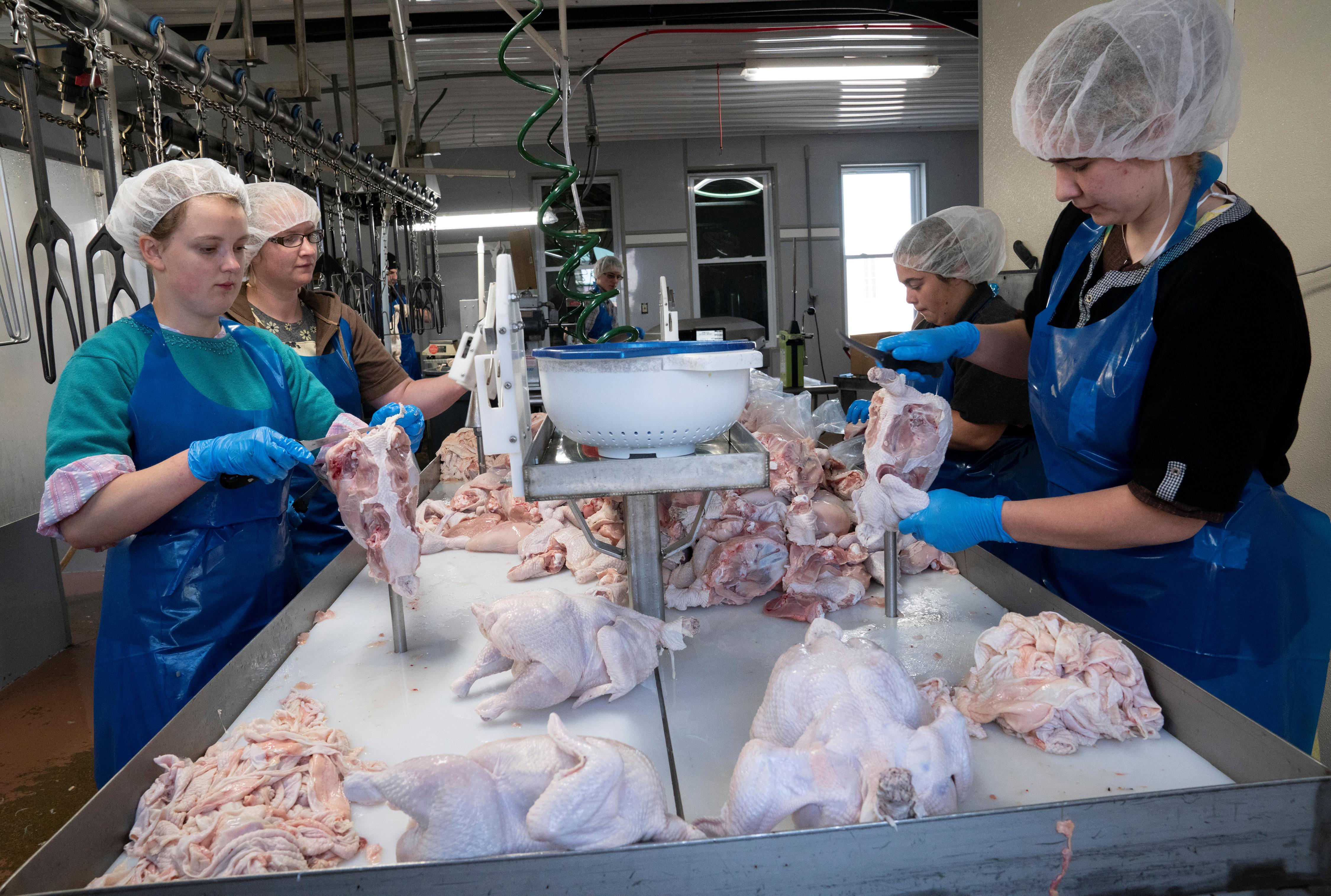 “I’m so sorry, but we’re booked through March of next year,” Zanker said on the phone. “How about next June?”

Slaughter operations like Zanker’s are booming as novel coronavirus outbreaks at major U.S. and Canadian meat plants force farmers and meat-loving consumers to seek out alternatives to a crucial supply-chain link.

Since 1946, this Stanhope, Iowa, shop – one of 1,500 independent American slaughterhouses – has processed a few farm animals from local farms each week and sold cuts of beef and pork to the public.

Now the family-owned business and others like it are overwhelmed and are forced to turn away farmers. Large meat plants across the United States and Canada are closed or running at reduced capacity. The result: not enough places to slaughter hundreds of thousands of cattle and pigs, and store shelves with little or no meat in major exporting countries that normally have abundant supplies.

Small-scale slaughterhouses account for a miniscule part of the market: Around 80% of U.S. beef is produced by four large companies. Some 1% of American hogs or less are processed at small-scale meat lockers, economists say.

The consumer rush for meat is straining supplies at TL Keller Meats in Litchfield, Ohio, and forced them for the first time ever to ration sales: Five pounds (2.3 kg) of ground beef per person and two packs of burger patties per family.

Owner Tom Keller and his 23 employees are processing as fast as they can. In March, they slaughtered 104 cattle, twice the rate a year earlier.

“People are going mad trying to fill their freezers,” Keller said after putting in a 13-hour day.

North of the border, Canada’s main cattle-producing province, Alberta, is struggling to deal with reduced production at the country’s two main beef plants, owned by Cargill Inc [CARG.UL] and JBS SA (JBSS3.SA), both in the province.

The farms where cattle are raised to slaughter-ready weight, known as feedlots, are being turned away by the big plants, which have a backlog of cattle.

So some are calling Marc Lustenberger, owner of the Meat Chop abattoir near Penhold, Alberta, who already has a brisk business cutting meat for farmers to sell directly to consumers.

In March and April, Alberta’s Red Deer Lake Meats slaughtered twice as many pigs and cattle as it normally does. The provincial agriculture department called Red Deer butcher Darrel Barrett to ask him to pick up some of the slack from the two-week closure of Cargill’s plant.

Like other Alberta butchers, Barrett is also busy cutting meat for farms that are suddenly doing booming sales directly to consumers.

Small ranchers like Tim Hoven, who runs an organic beef farm near Eckville, Alberta, have years-long relationships with small butchers that are now seeing massive demand. Neighbors, used to delivering to the big plants, are left with cattle that have nowhere to go.

“They’re in a tough spot because they’re small and they’re at the bottom of the list to get that kill spot at these big plants,” said Hoven, whose meat sales have tripled.

“They can’t get that spot at the small plants” either.

“We’re selling out of absolutely everything, every single week. But we’re running into a choke point – we can’t get it all processed.” 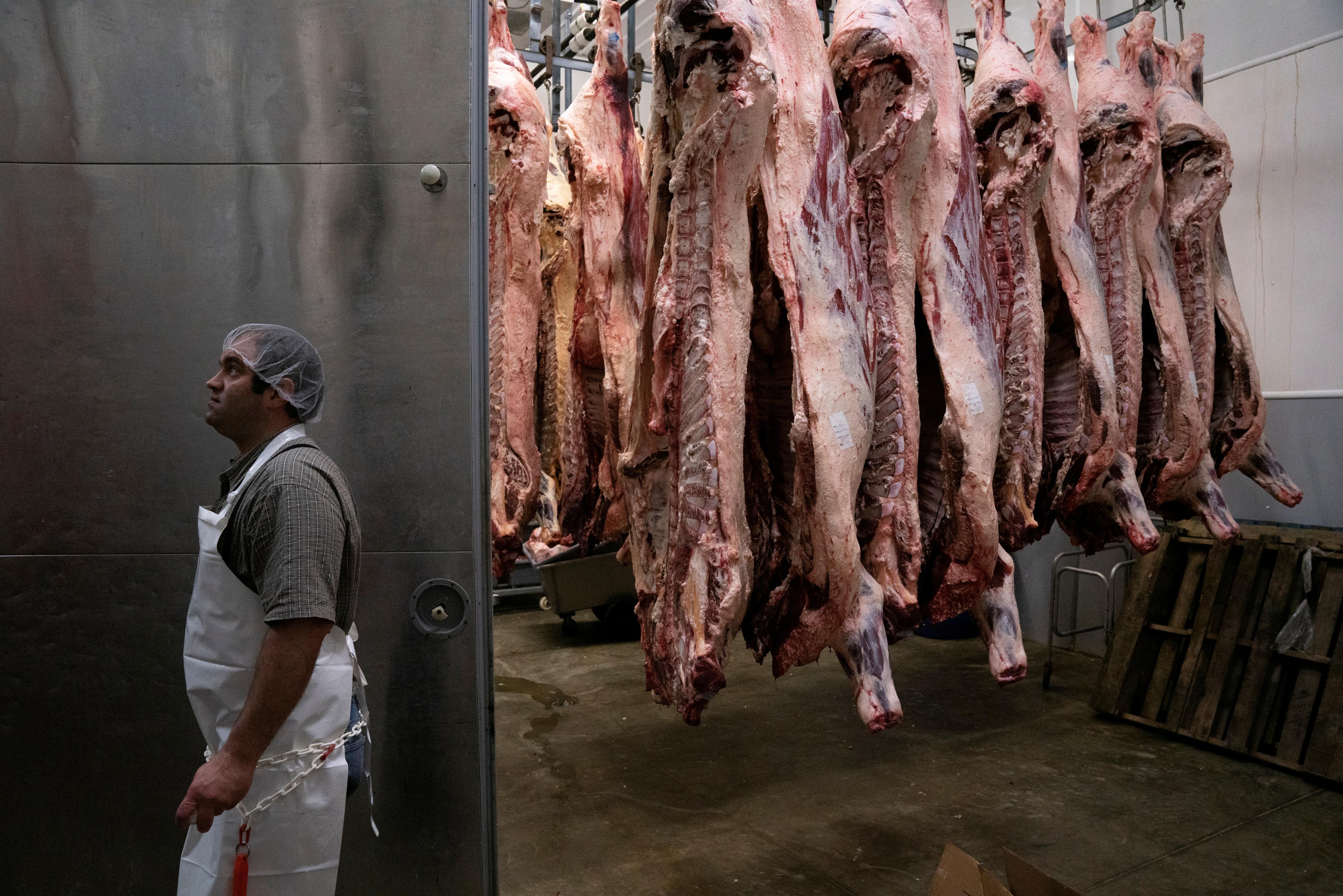 Back in Iowa, Zanker hangs up the phone. It’s the 10th farmer to call that day.

Next, a woman calls asking if Stanhope Locker and Market has meat for sale. They do. The woman lives two hours away. Others have driven further, Zanker said.

“I had one person call, telling me they had gotten a hog for free,” Zanker said. “I told them, ‘There’s nowhere to take them. Congratulations, you now have a pet.’”