NEW YORK (Reuters) – A gauge of global equity markets surged almost 3% on Monday and oil rallied to highs last seen in mid-April as data from an early-stage trial for a coronavirus vaccine lifted hopes of a faster recovery from the pandemic-driven economic slump.

Warm weather enticed people in countries across the world to emerge from coronavirus lockdowns as centers of the outbreak from New York to Italy and Spain gradually lift restrictions that have kept millions cooped up for months.

Investors have cheered any positive development by drugmakers’ vaccine trials amid fears of a second wave of infections as restrictions are eased.

A workable vaccine that can be mass-produced by year-end or early 2021 would be a “game-changer” for industries whose challenges may not be resolved by the economy’s reopening, said Rick Meckler, partner at Cherry Lane Investments, a family investment office in New Vernon, New Jersey.

Global economic output will take two or three years to recover to pre-pandemic levels, IHS Markit said in a note, projecting worldwide gross domestic product would fall 5.5% in 2020, or three times the contraction of 2009 after the global financial crisis.

Under the best of circumstances, it will be a long road for the U.S. economy to recover, with additional job losses likely through June, Federal Reserve Chairman Jerome Powell said in an interview on Sunday.

MSCI’s gauge of stocks around the globe .MIWD00000PUS gained 2.90%, its biggest single-day percentage gain since April 6 when it jumped 5.5% after signs the death toll from the coronavirus was slowing in Europe.

The pan-European STOXX 600 index closed up 4.1%, its biggest one-day percentage gain since March 24.

Germany’s auto-heavy DAX index .GDAXI surged 5.7% to its highest level in more than two weeks, while France’s main CAC 40 index .FCHI rose 5.2%. The two countries called for the creation of a European Recovery Fund worth 500 billion euros ($544 billion) to help the region quickly exit the crisis.

The deal, described by French President Emmanuel Macron as a major step forward, seeks to break the impasse over joint euro debt and act as a blueprint for a wider European Union agreement. The euro rose on the news. 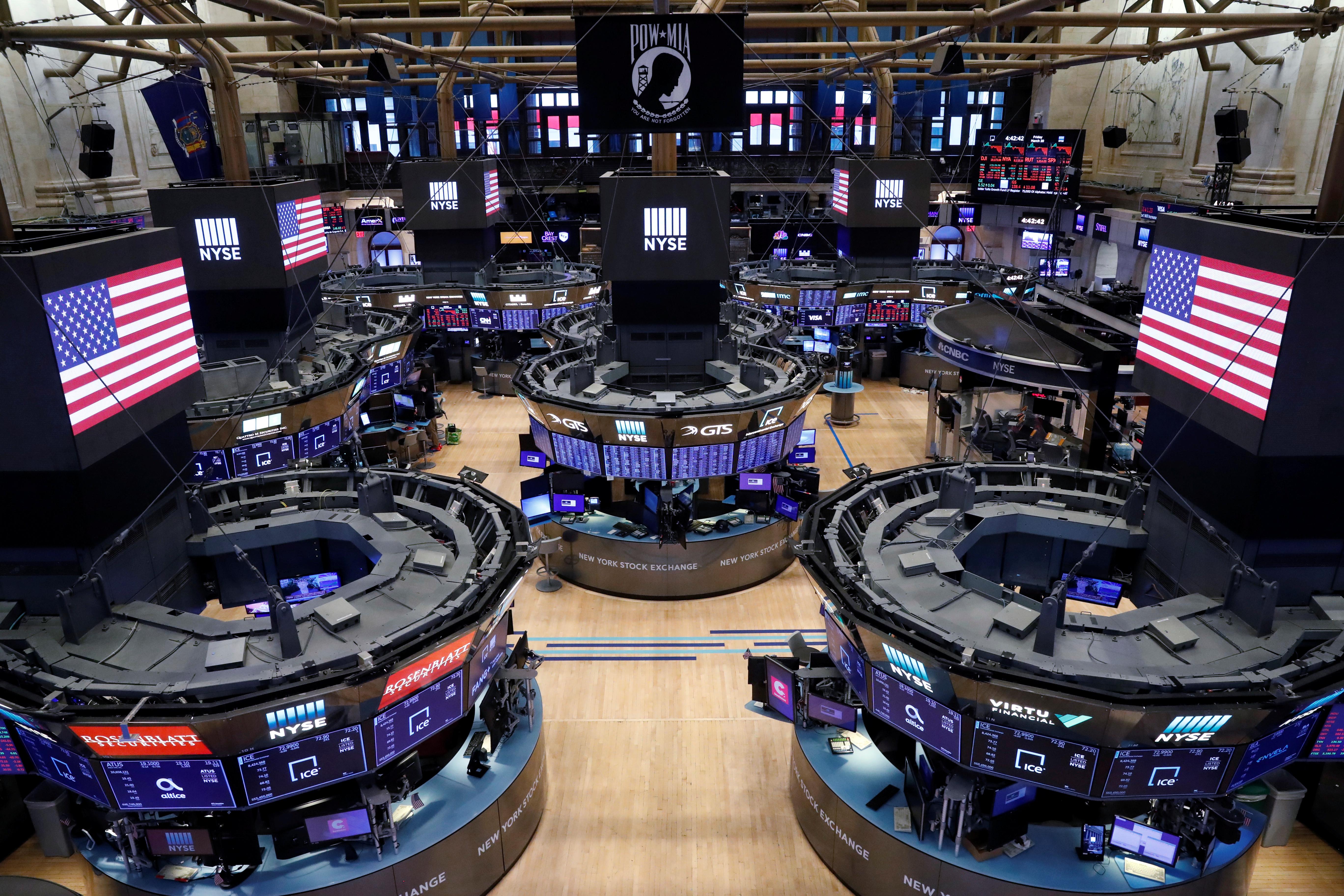 “The resilience of stock markets relative to the awful economic data that we’ve been seeing over the past fortnight speaks to an optimism that … as economies come out of lockdown we can expect to see improvements as we head into the second half of the year,” said Michael Hewson, chief market analyst at CMC Markets.

Japan’s preliminary GDP data showed that the world’s third- biggest economy contracted an annualized 3.4% in the first quarter, slipping into recession for the first time in more than five years.

The jump in oil prices lifted commodity currencies such as the Norwegian crown and the Canadian dollar against the U.S. dollar.

Italian government bond yields fell to their lowest level in over a month on the proposed Franco-German recovery fund.

Gold traded sideways “because everybody is thinking ‘risk-on,’ get into equities – as markets across the board are up 3%,” said Michael Matousek, head trader at U.S. Global Investors. But the trend “is still to the upside, there’s still plenty of reason to buy gold.”