MILAN — GCDS is ready to chart a new course — filled with hope, resilience and its optimistic take on both fashion and business.

Now backed by the Italian private equity Made in Italy Fund, managed by Quadrivio and Pambianco, there’s a lot of untapped potential to be exploited, according to Giordano Calza, who following the acquisition has maintained his role as chief executive officer of the company he cofounded in 2015 with his brother and creative director Giuliano.

“I envision the brand as an incubator for Made in Italy in the world…I believe that our talent has always been the ability to turn ideas into actual projects and this will remain our guiding light for the future as well,” Calza told WWD in his first interview since the acquisition was completed last November.

“We’ve always bet on the possibility to establish a ‘new luxury’ brand, designed and produced in Italy but leveraging international talents across teams and branches of the company,” he added.

Talking about finding the right partner in Made in Italy Fund and touting its financial capabilities in supporting a “fearless” growth, Calza said that they “came up with an industrial approach, leaving Giuliano and myself our roles and allowing us to keep operating as managers and cofounders of this venture. They showed full-fledged support.”

As part of the deal, which enabled the Calzas to retain a minority interest well above 40 percent, Patrizio di Marco, a former Gucci chairman and CEO and also a former chairman of Golden Goose, has coinvested in the brand and is acting as a coach for Calza.

“The involvement of Patrizio di Marco played a pivotal role in our evaluative process,” the CEO explained. “He is a source of inspiration and his presence represents a personal challenge for me, in that both Giuliano and I are now engaged with managers like him that have left a mark on the industry.”

One of the first signs of di Marco’s involvement entails the appointment of key figures, including new chief financial officer Davide Schieven, formerly at Trussardi and Versace, and other top executives handling operations, hence leaving the brothers room to focus on business development.

Calza is a mindful and hands-on executive who’s been able to let his brother freely express his creative elan since GCDS was founded and he expects their new partners to do the same. 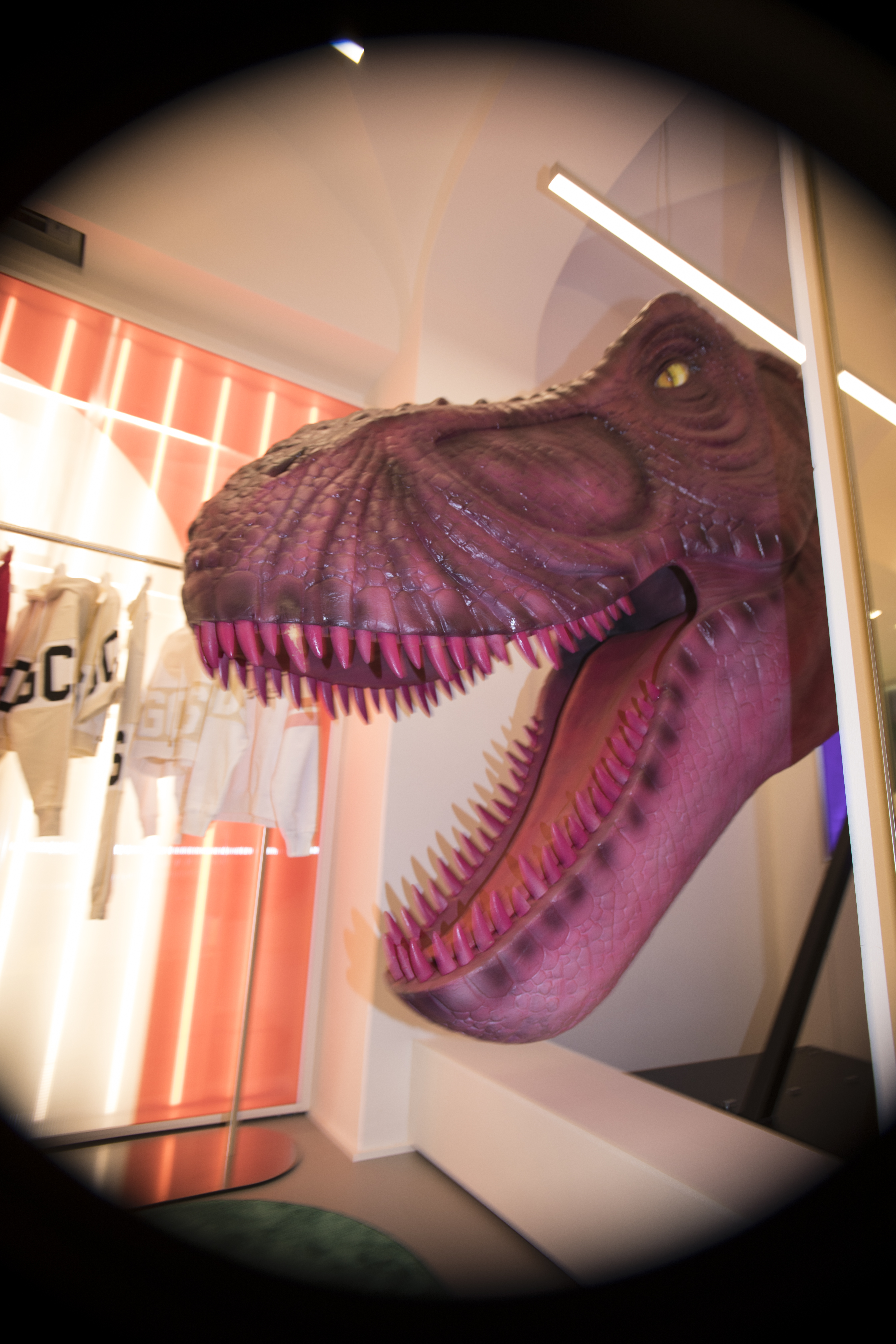 Inside the new GCDS store in Rome. Cristiano Pedrocco/Courtesy of GCDS.

The next phase of growth will continue to rely on the brand’s backbone of Made in Italy and fun fashion creations and tongue-in-cheek communication, while expanding its reach to new markets and developing existing categories.

“We’re aiming for a vertical development, deep diving into each product category, rather than a horizontal one, with the introduction of new ones,” he explained.

Among Calza’s key priorities is the expansion of accessories as well as “merchandise that helps build the brand image, including gadgets that draw our customers closer and give us the impression that we can offer a full-fledged experience of GCDS,” the executive explained.

In his view, offering customers the possibility to purchase 9 euro stickers and 1,200 euro outerwear pieces within one single visit at the stores is an inclusive way to approach the GCDS fan base, who generally are age 13 to 50. “We can offer every customer the chance to enter our flagship stores never feeling inadequate,” Calza noted.

In 2019, GCDS signed a five-year license with Marcolin for the production and global distribution of eyewear and launched a makeup line, developed by Intercos, the year before. While the former is poised for future growth thanks to the licensing deal, the latter has been more of a test and Calza’s aim is to find the right partner to fully exploit the category, a project that may see the light in the next 18 months.

A digital-native brand with street cred, GCDS is known for its fun fashion creations and for its runway extravaganzas that have featured everything from animatronic pink dinosaurs to digital avatars. These features have gained it a cult following in the APAC region, particularly China, where the brand currently operates five stores in a partnership with entrepreneur Adrian Cheng’s Luxba Group.

“For many brands, entering the Chinese market is like an adventure and a discovery. For Giuliano and me, it was really a comeback home,” Calza said, noting they both lived in China and his brother speaks Chinese fluently, having studied at Shanghai International Studies University.

Two new stores in China with Luxba Group are in the pipeline by the end of 2021 but GCDS is also planning to unveil directly operated units in the next three to four years, for a synergistic development in the country.

In Europe, the company directly manages three stores in Milan, London and Rome, the last one opened last week in central Via del Babbuino next to marquee names such as Givenchy, Maison Margiela and Golden Goose. Combining the pop-tinged and Kawaii aesthetic of the brand, the store covers 861 square feet and offers ready-to-wear and accessories collections for men and women. 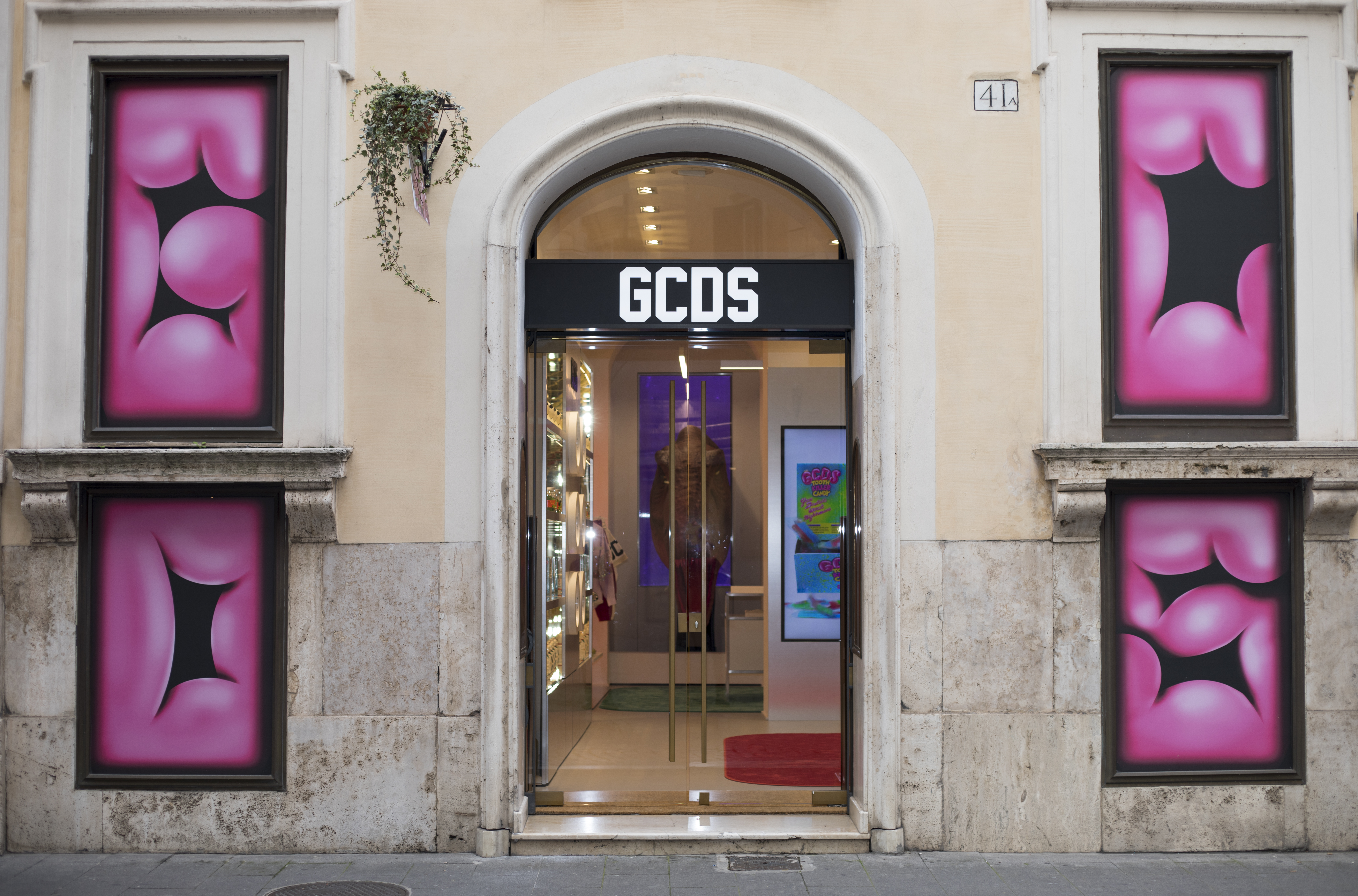 The new GCDS store on Rome’s Via del Babbuino. Cristiano Pedrocco/Courtesy of GCDS.

Focusing on retail expansion in Europe, the brand has ambitions to unveil two additional stores in Paris and Naples, the latter being the brothers’ hometown, in the first half of 2022, while in March GCDS will debut a six-month temporary shop in Italy’s resort destination Forte dei Marmi.

A shift toward direct retail is key to the company, which counts around 300 wholesale doors, generating about 70 to 75 percent of its sales.

Touting di Marco’s knowledge of the U.S. market, Calza offered that GCDS will approach the region with the opening of flagships in New York and Los Angeles by the end of 2022 before tapping into other key cities such as Atlanta, Philadelphia and Dallas.

“We’ve now come to understand the potential of a brick-and-mortar strategy for GCDS because our price point is very competitive and we’re committed to giving it a try first on the two U.S. coasts,” Calza said, adding that an e-commerce presence in the country is also key for a successful debut. 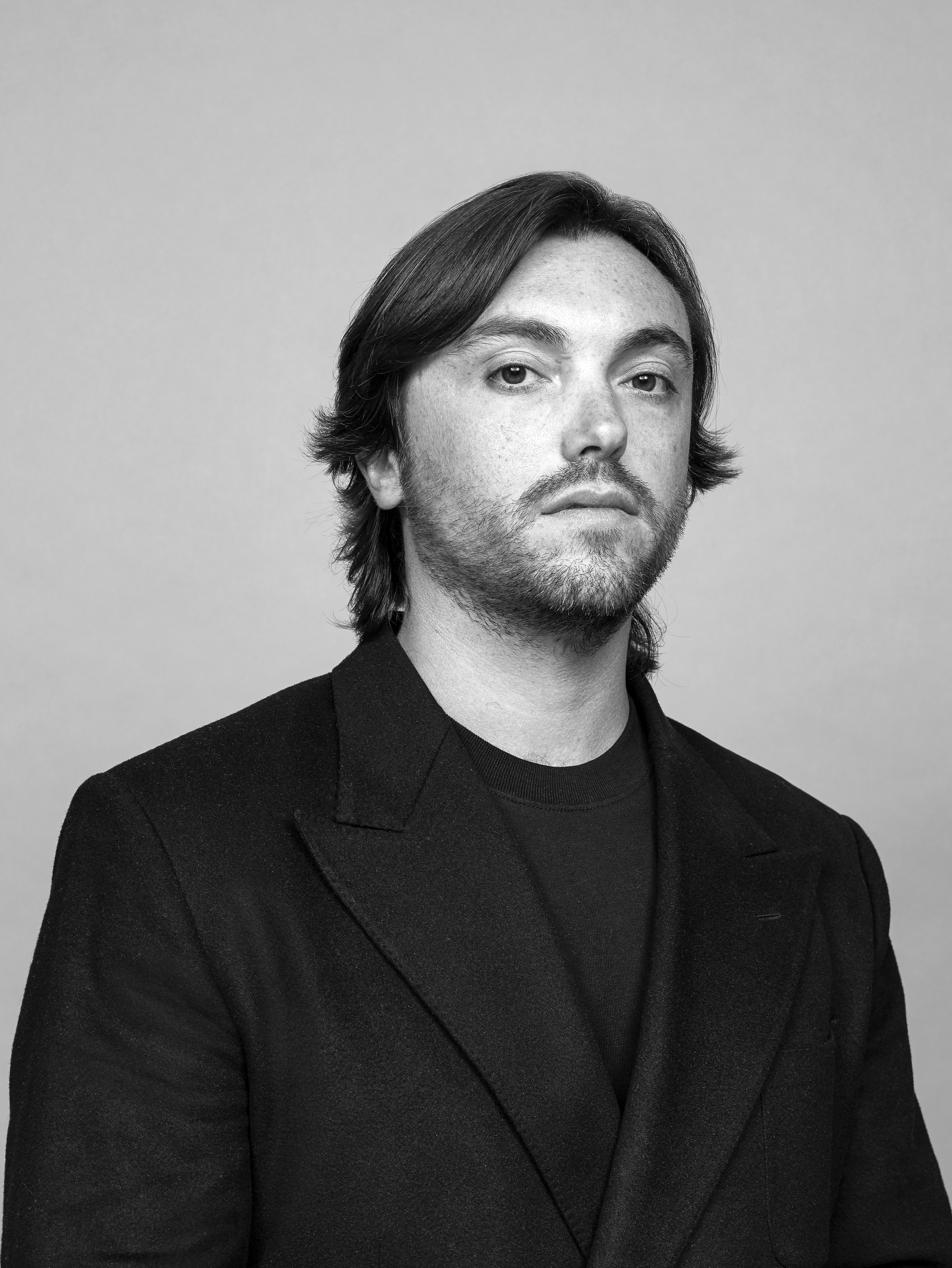 “In the next three to four years we want to improve direct retail and e-commerce without cutting back on the wholesale channel, which is a source of research and challenge because it proves the strength of the brand on different markets,” the executive noted. The online channel currently represents around 10 percent of sales.