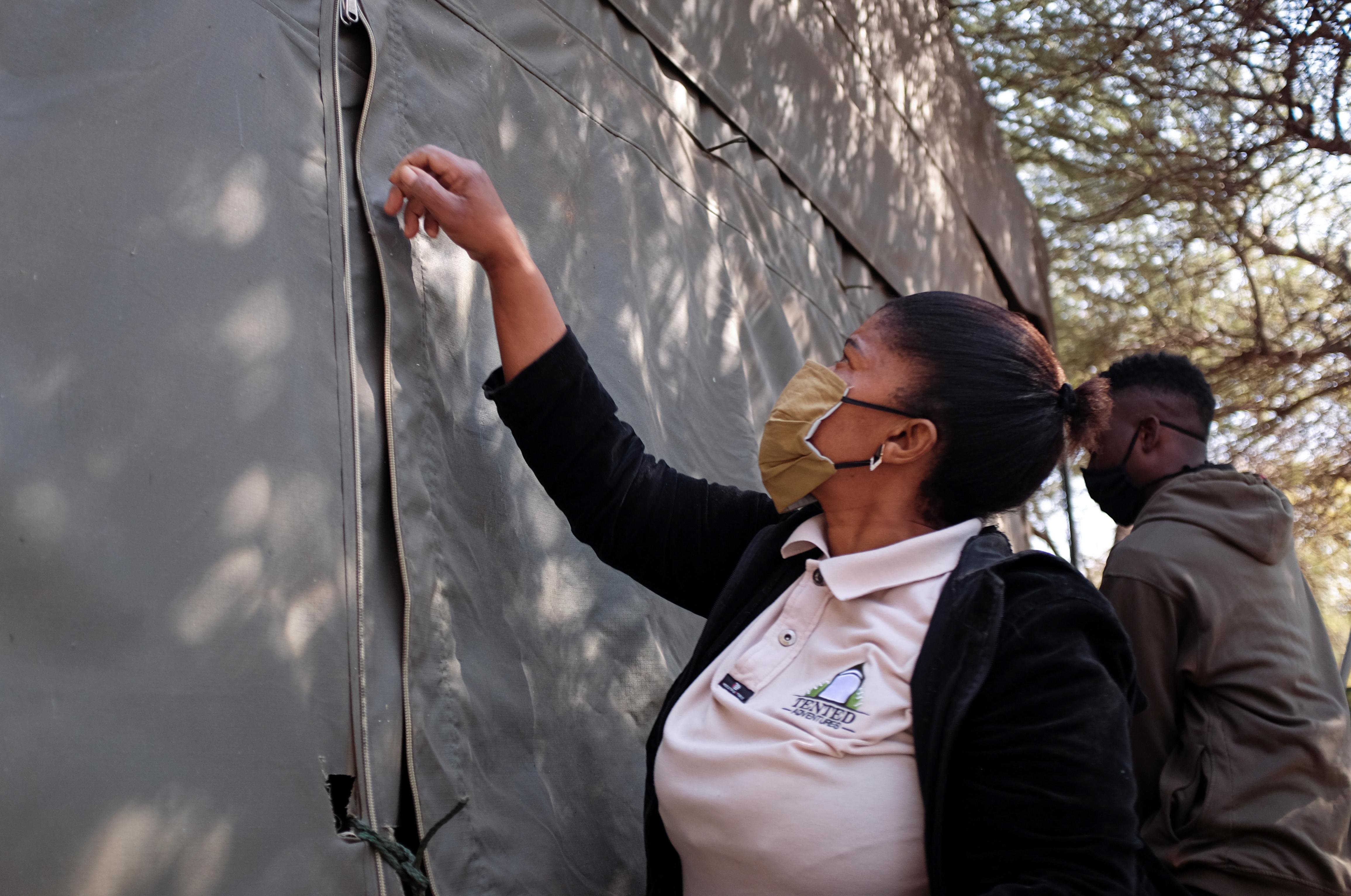 In the United States, Miami restaurant owner Luis Debayle has laid off two-thirds of his staff and is desperate for an insurance payout that could help avert the prospect of closure.

Meanwhile, Munich beer garden boss Christian Vogler is heading to the German courts in an attempt to wrestle about 1 million euros ($1.2 million) from his insurer.

Businesses around the world, hamstrung by lockdowns, are facing often-existential showdowns with insurance companies that are reluctant to pay out on business interruption policy claims for a disaster unknown in living memory.

The insurers say many such policies exclude pandemics, require physical damage on premises or do not apply to the widespread lockdowns seen globally. Facing pressure from regulators, mounting reputational damage and a wave of lawsuits, they warn that paying out could sink their industry.

In some countries, including South Africa, France and Germany, insurers are now opening their chequebooks. But for many customers, these settlements or ex-gratia payments – voluntary payouts that do not imply legal liability – fall short.

Du Toit’s interim relief payment amounted to 11% of his roughly 3 million rand ($172,000) claim and was spent in a matter of hours. A bigger payout could hinge on a case being pursued in court against the insurer by another business, which could take some time to resolve.

His company, including three tented safari camps and 19 staff, was thrown a lifeline when South Africa opened provincial borders for all travel on Tuesday.

However with about 2 million rand in debts still to pay, demand uncertain and an ongoing ban on international tourism, which made up 70% of pre-pandemic revenues, it is going to be tough to stay afloat without a full payout.

“Make no mistake, I am grateful,” said du Toit, but added that he needs his claim honoured in full.

“That will literally wipe out all of these past five months’ of debt,” he said of a full payout. “It’s going to be a heavy burden to try and survive with that.”

South African insurers argue their policies were designed to cover closures following an outbreak of disease to allow mitigation measures such as deep cleaning, but not national lockdowns. They say the payments on offer are their attempt to do right by clients.

“The interim relief measures are there to assist policyholders as much as the individual insurers can, pending the legal certainty process,” said Viviene Pearson, head of the South African Insurance Association.

In France, some cooperative banks and mutual insurers have offered small firms a “stimulus bonus” or “health-crisis allowance”, ex-gratia payments of in some cases up to 20,000 euros.

The German state of Bavaria has negotiated a settlement offer that would see insurers pay 15% of companies’ claims for up to 30 days of interrupted operations. Allianz, one of the country’s biggest insurers, says it will extend the offer to all German clients.

But many hoteliers and restaurants have balked at the proposal.

Vogler, who runs one of the biggest beer gardens in Munich, is suing his insurer instead, dismissing the settlement offer as a “joke”.

His insurer, Bayerische Versicherungskammer, declined to comment on his case but said more than 80% of clients in the restaurant and hotel industry had agreed to the offer.

Some insurers have yet to pay at all. Businesses in Britain and Australia have been left with nothing pending the outcome of legal test cases aiming to clarify whether insurers are liable.

The possibility of a similar test case in South Africa is under consideration.

U.S. insurers have also resisted, pushing businesses to take them to court.

One such plaintiff is Debayle, owner of two Nicaraguan restaurants in Miami, who is still making operational losses.

“We have enough liquidity to continue through 2020, but if the situation goes well into 2021, then I could see permanently closing as a real possibility.”

U.S. judges have already ruled in favour of insurers in some cases.

Globally, insurers say they are paying out on legitimate claims, but their policies were not designed to cover the pandemic’s cataclysmic fallout.

UBS has estimated the industry could be on the hook for non-U.S. business interruption losses totalling between $7 billion and $22 billion.

But in the second quarter, the coronavirus dealt a relatively modest $2.5 billion blow to five insurers with large U.S. operations.

The virus has prompted many insurers to pull back on writing new coverage, to toughen terms and raise premiums. Some have removed pandemics from their coverage and called for state backing for such policies in the future.

In South Africa, du Toit’s staff, including 21-year-old Thomas Mthisi, finish their maintenance work as impalas graze in the car park. Mthisi’s now set to return to work in October, after months of relying on food parcels from his church to help feed his family.

Now is no time for insurers to abandon customers who have dutifully paid their premiums for years, he said.

“This is pay-back time.”