(Reuters) – The number of outright failures of U.S. small businesses in the first months of the coronavirus pandemic was comparatively modest, but the months ahead look far grimmer as cash balances dwindle, federal help expires, and the disease surges back. 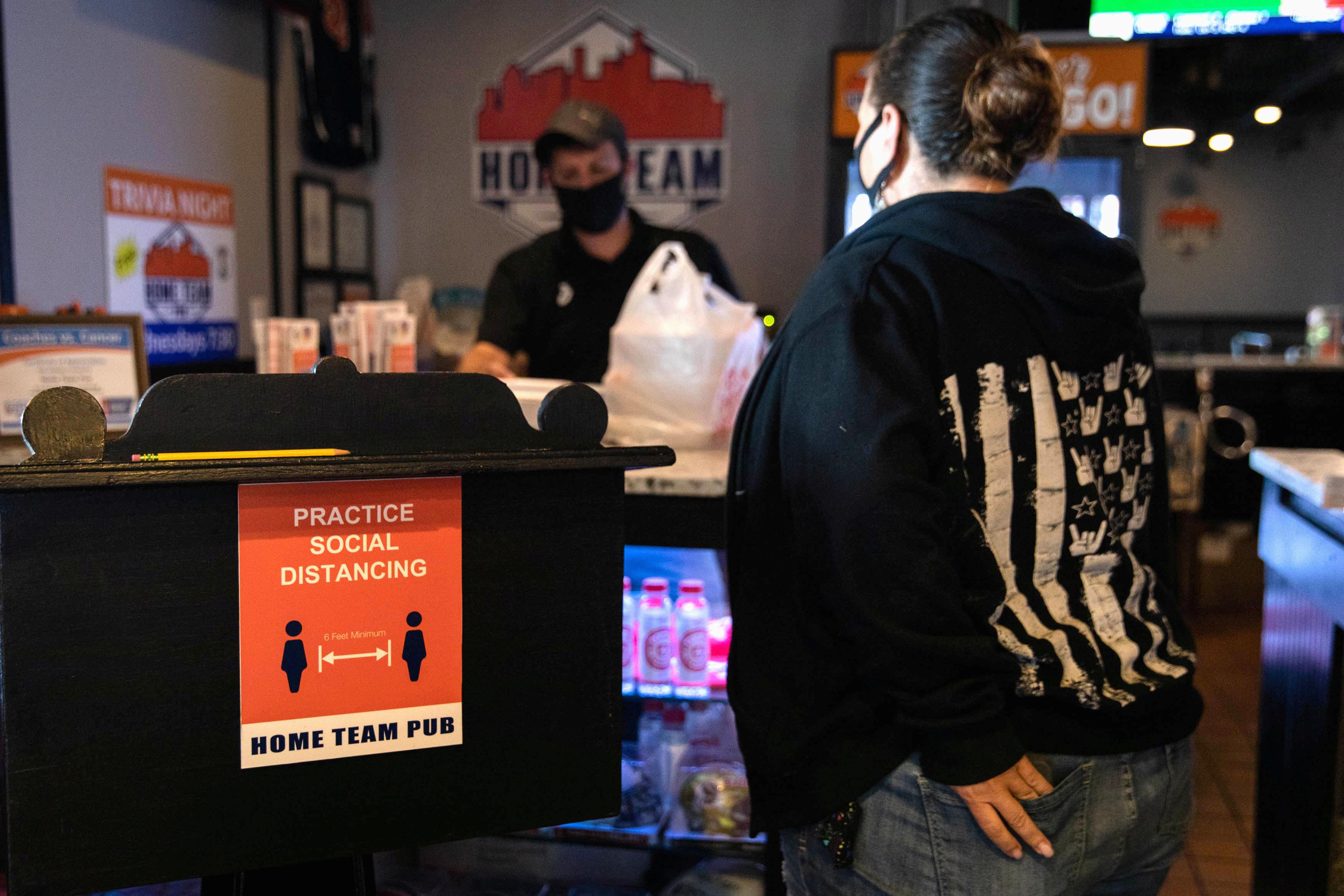 That outlook, taking shape from a range of research in recent weeks by business organizations and think tanks, suggests a reckoning awaits Federal Reserve officials and other policymakers who rolled out support quickly in March and April, and by June seemed hopeful an economic rebound was taking root.

After the Fed’s June 10 meeting, Chair Jerome Powell said “assuming that the disease remains or becomes pretty much under control, I think what you see is…an expansion that builds momentum over time.” The 7-day moving average of daily deaths that day was showing a steady decline and the number of new coronavirus cases was under 20,000.

Both have turned higher, with daily new cases nearing 70,000. When the central bank meets next week it will have to recalibrate its outlook around a new wave of infections policymakers had initially excluded from their baseline view of a steady rebound in the second half of the year.

“The tone of next week’s … meeting is likely to be on the dour side,” said Karim Basta, chief economist at III Capital Management.

Recent surveys indicate programs rolled out in March, including the Paycheck Protection Program’s forgivable business loans, did prevent the worst in the pandemic’s first phase.

A recent survey covering more than 13,000 members of small business networking group Alignable found that among firms with at least one employee only an estimated 1.6% had closed permanently. That would translate nationally to about 96,000 of the roughly 6 million firms with between one and 500 workers.

The figure is consistent with estimates from Web site Yelp concluding around 77,000 firms listed on its review platform were shuttered for good.

Both are below an earlier study coordinated by the Harvard Business School putting more than 100,000 small firms at risk of failure in the initial weeks of the pandemic.

A study by the JP Morgan Institute using data through May showed cash balances among many of the smallest businesses, notably restaurants and personal service firms, skyrocketed in May as federal relief funds bought them time.

Sean Salas, chief executive of Camino Financial, an online lender focused on Latino-owned small businesses, said it was also borne out in a recent survey of loan recipients and applicants. Nearly 70% had reopened and almost all others were confident they would, as entrepreneurs pivoted to new business models, drew on family resources, or took other steps to stay afloat. So far.

As government funds were deployed early on, “I was very confident the failure rates would be low,” Salas said. “But as we think about the reemergence and the recovery, I do worry a bit more. The confidence level dipped at the end of June.”

ADJUST TO THE REALITY

Some measures of recovery and reopening have indeed stalled.

Several states have placed fresh restrictions on commerce likely to hit small businesses disproportionately – this time without offers of loans or expanded unemployment benefits for workers and consumers unless Congress acts.

After a spate of optimism in June, a National Federation of Independent Business monthly survey found 23% of respondents in early July said they’d be out of business within six months “under current economic conditions.”

Other recent surveys have found increasing numbers of small entrepreneurs expect the recession to outlast their resources.

“The small business sector stalled in late June, and with public funding running dry the situation could deteriorate more in the coming weeks,” said Oxford Economics analyst Gregory Daco. “The Fed will have to adjust their discourse to the reality.”

While no updated economic projections are due at the Fed’s July 28-29 meeting, its policy statement and Powell’s press conference could describe the turn the economy seems to be approaching, with no clear sense that a robust reopening can proceed without risking faster coronavirus spread.

May and June saw unexpected gains in employment as states lifted the virus-related restrictions that brought the economy to a halt in March and April.

Data released by Yelp this week showed the possible underside of that – a close correlation between user postings about bars and restaurants in May and the turn in infections that took root in June.

States that have been more successful in controlling the virus, like New York, also have higher percentages of businesses reporting as closed in surveys by groups like Alignable.

Bars are considered a particular hot spot for transmission, and states like Florida and Texas have reinstated restrictions on them. Overall, a Goldman Sachs “lockdown index” combining information on official restrictions and social distancing data, turned higher in early July after falling steadily from April’s peak.

“We do expect closures to continue,” said Yelp vice president for data science Justin Norman. “We anticipate states will roll back or delay reopening plans … possibly turning even more temporary closures into permanent ones.”