FRANKFURT (Reuters) – Germany’s bank lobby is set to urge the government to drop some of the conditions attached to a trillion euro rescue scheme, arguing that companies are so reluctant to take the help that it threatens any recovery from the coronavirus outbreak. 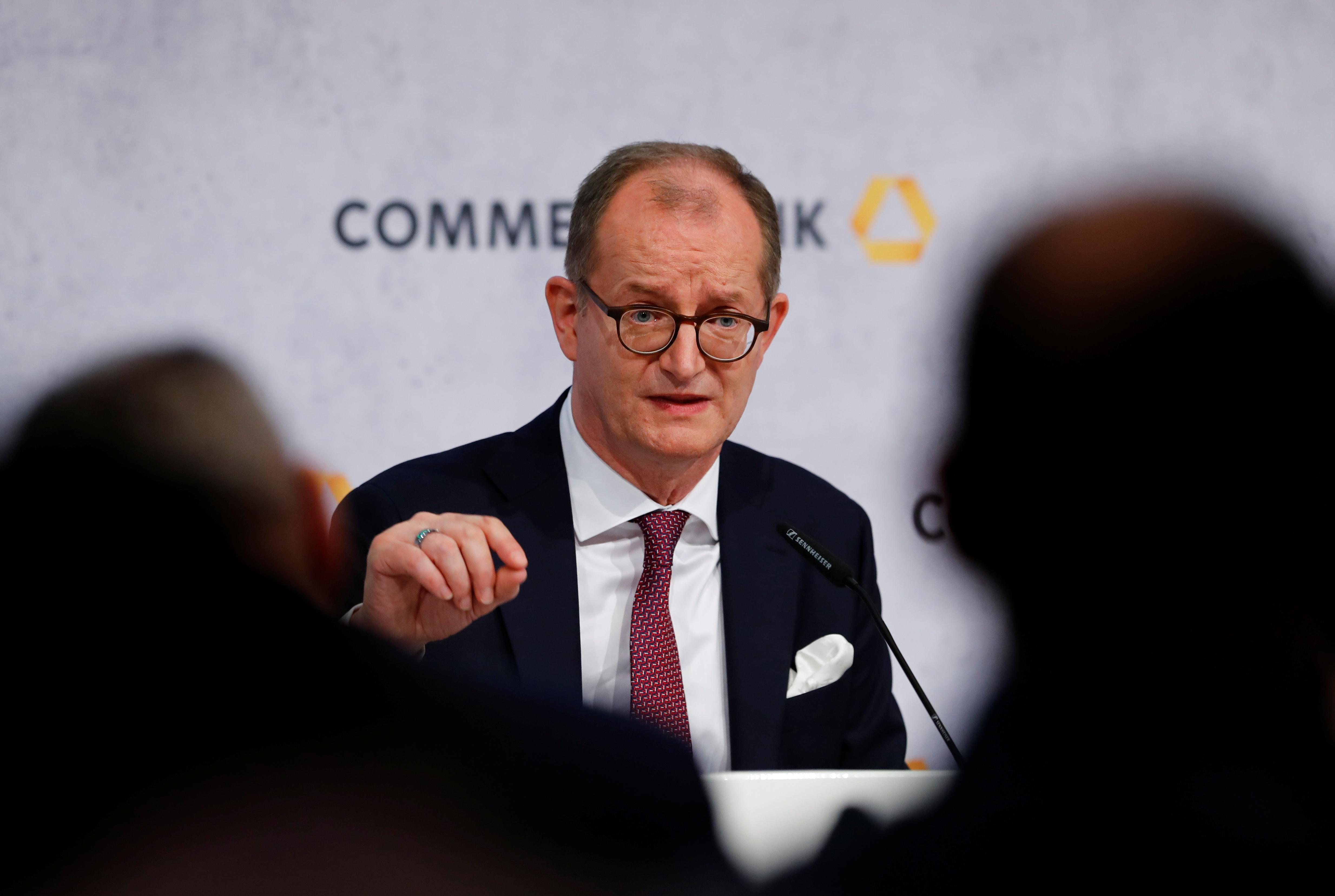 Martin Zielke, the head of the lobby and Commerzbank, will appeal this week to limit conditions – like pay caps and board seats – for government cash injections into companies, three people with knowledge of the matter said.

Zielke argues that companies are taking on further debt, the chief means of government support, as prospects for revenue dim, and Berlin should offer capital injections with fewer strings, according to a paper outlining his position seen by Reuters.

Companies will not otherwise accept help, the three people said, citing Zielke, whose Commerzbank caters to the Mittlestand companies that form the backbone of the German economy and was bailed out during the last financial crisis. The state still holds a 15% stake in Commerzbank and occupies two board seats.

A spokeswoman for Germany’s economy ministry, led by Peter Altmaier, said the high number of applications for state support from companies, and the payment of tens of billions of euros of credit and other assistance, was proof of the scheme’s success.

It conducted a survey in May of companies it thought particularly vulnerable to the virus outbreak and that found that more than three quarters of those firms had applied for at least one form of support.

By contrast, a recent internal survey by Germany’s influential BDI industry lobby showed that most of more than 150 small and medium Mittelstand companies are avoiding state help, choosing to slash investment and jobs or tap savings instead.

“Industrial Mittelstand firms have so far been reluctant to accept financial help from the state,” said Hans-Toni Junius, who chairs a BDI committee looking at the matter. “The goal remains financial independence.”

The criticism from the banks and companies highlights cracks in Europe’s biggest economic support scheme, the envy of Germany’s more indebted neighbours.

There are two groups companies “really do not trust”, said Peer-Robin Paulus, an executive of a German association representing family-owned business. “One is the government; the other is the big banks.”

Most aid comes in the form of loans. But schemes to tap government funds in return for an equity stake require limits on management pay, restrictions on use of funds and the government taking seats on corporate boards.

So far, only Lufthansa is tapping Germany’s 100 billion euro fund for recapitilizing companies although others are exploring it.

Lufthansa clinched a deal for a 9 billion euro bailout in which the government will get a 20% stake and two board seats.

Talks hit a snag at one point last month when some in government insisted on terms that Lufthansa favour orders from Europe’s Airbus over Boeing of the U.S., but CEO Carsten Spohr said they were able to “negotiate those away”.