LONDON (Reuters) – The euro and Italian government bonds continued on Tuesday to cheer German- and French-led plans for a 500 billion euro EU coronavirus recovery fund, though stock markets were suffering from fatigue after their best day in months. 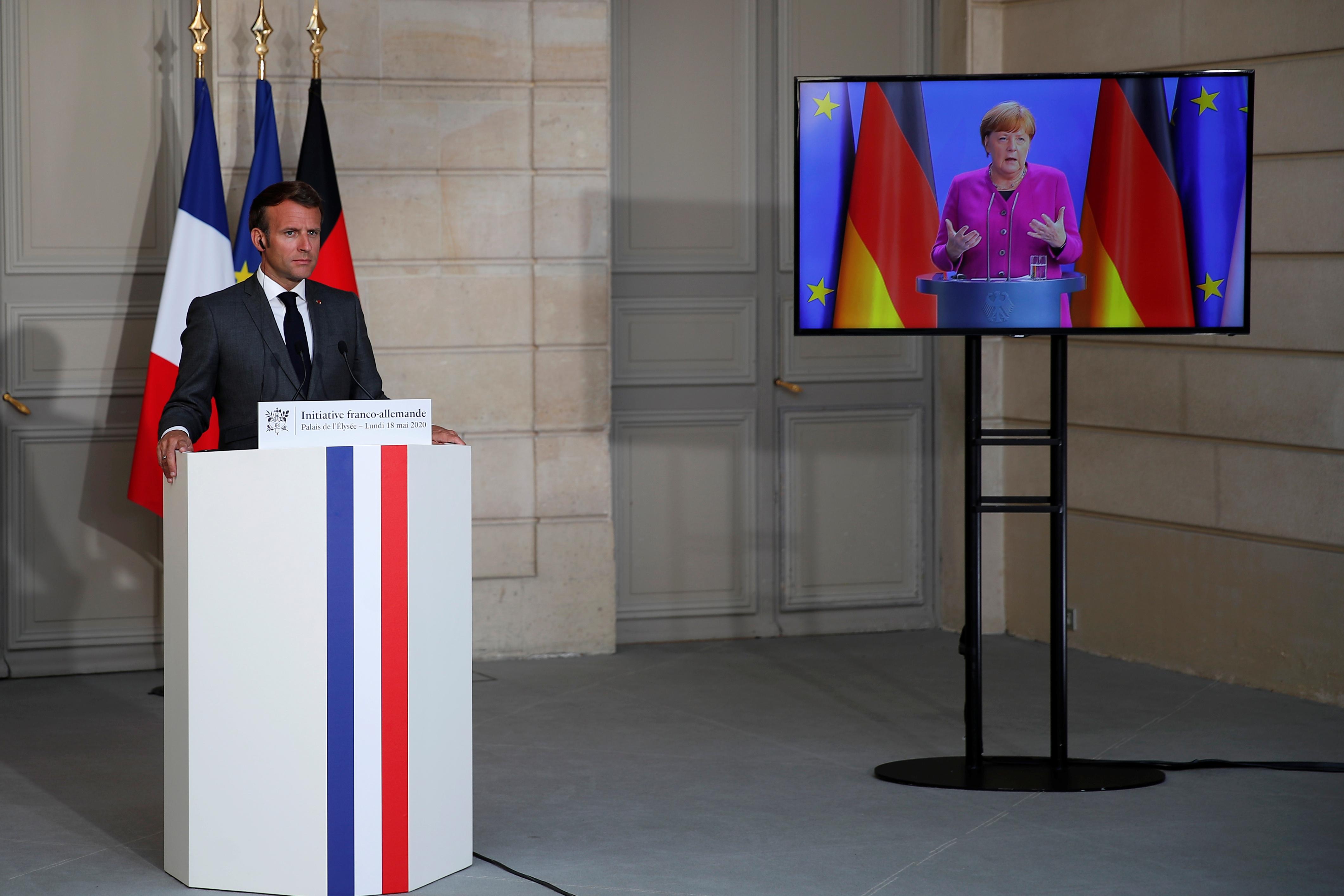 There was still a sense of optimism after Monday’s news that early-stage tests on a possible COVID-19 vaccine had also proved encouraging but the momentum was shifting.

Europe’s STOXX 600 index gave up an early rise to slip 0.4% after surging 4% in the previous session, oil began to tread water [O/R] and safe-haven U.S. government bonds were making ground in debt markets.

“The Franco-German proposals are ambitious, targeted and, of course, welcome,” European Central Bank President Christine Lagarde said of Monday’s plan, which would move the EU in the direction of a so-called ‘transfer union’.

The euro was buying $1.0932, having gained about 1% against the dollar since the plan was announced. It was also up near a two-month high against the Swiss franc, while the cost of betting against the euro was falling.

After a sizeable fall in Italian borrowing costs, Spanish and Portuguese yields led the moves lower on Tuesday. Morgan Stanley’s economists called the Franco-German proposal a “powerful common response, helping to mitigate the risk of a southern slump.”

Italian yields were between 2 and 8 bps lower on the day. The 10-year government bond yield fell nearly 10 basis points to 1.602%, its lowest since April 9 at one point.

“It was a meaningful breakthrough but it is not going to be plain sailing from here,” said Vasileios Gkionakis, Global Head of FX Strategy at Lombard Odier, citing resistance already voiced by a sizeable number of northern EU countries.

In the equity markets, Wall Street’s S&P 500 futures were down 0.4% after Monday’s strong rally.

In the commodity markets, profit-taking pruned Brent’s early gains, though the rally looked broadly intact amid signs that producers are cutting output just as demand picks up.