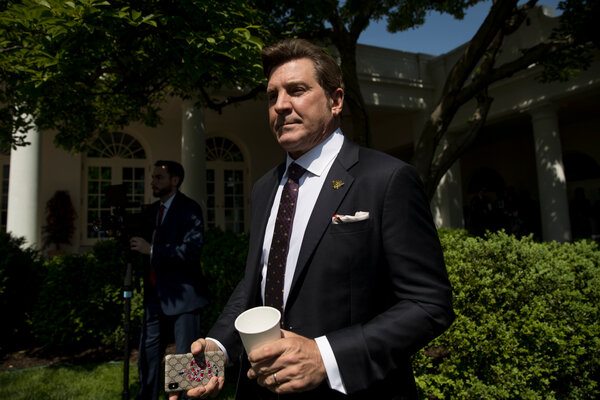 Mr. Bolling is the latest Trump ally to sign up at Newsmax. The network said last week it had added a pair of on-air analysts with close ties to the former president: J. Hogan Gidley, a former press aide in the Trump White House, and Jenna Ellis, a senior legal adviser to the Trump 2020 campaign.

Mr. Bolling left Fox News in 2017 after denying allegations that he had sent lewd messages to colleagues. He later became a prominent national activist about opioid abuse after the death of his son, who had taken a pill laced with fentanyl.

Mr. Bolling anchored a current-affairs program for the Sinclair Broadcast Group on which he regularly interviewed Mr. Trump; it aired in dozens of markets from 2019 until earlier this year. Sinclair edited an episode of the show last year to remove some of Mr. Bolling’s statements when he questioned the utility of face masks and lockdowns in combating the coronavirus.

Newsmax said on Monday that Mr. Bolling would begin hosting a new program in July, but it declined to elaborate on details. Until then, he will serve as a guest host.

“Like myself, Newsmax is concerned with the direction that Big Tech and Big Corporate Media have taken journalism and our nation,” Mr. Bolling said in a statement.