Good morning. (Was this email forwarded to you? Sign up here.)

Coinbase has one job

While many companies and business groups embrace social justice as part of their missions, the cryptocurrency exchange Coinbase is moving in the other direction. This has become the talk of Silicon Valley.

Coinbase is “laser focused” on expanding the use of crypto — and on making money, Brian Armstrong, Coinbase’s co-founder and C.E.O., wrote in a blog post. “We shouldn’t ever shy away from making profit, because with more resources we can have a greater impact on the world,” Mr. Armstrong wrote, echoing principles in Milton Friedman’s influential essay on free-market capitalism that we commemorated earlier this month.

• Many business leaders — including the Business Roundtable — now consider running businesses solely for the benefit of shareholders as too narrow, instead embracing “stakeholder capitalism” that brings in broader concerns.

“We don’t engage here when issues are unrelated to our core mission,” Mr. Armstrong added, “because we believe impact only comes with focus.” He cited “strife” at other tech companies over issues like racism and politics, and asserted that employees want “refuge from the division that is increasingly present in the world.” Practically, that means employees are discouraged from debating causes or politics internally and from taking up activist causes at work. (In June, Mr. Armstrong tweeted about how he “decided to speak up” after hearing from Black employees following the killing of George Floyd, and announced that the company would donate up to $500,000 to a group of charities addressing poverty and other issues.)

• Anticipating dissatisfaction within his ranks about the blog post, Mr. Armstrong added, “I know that many people may not agree, and some employees may resign.”

The statement stirred up debate:

• Libertarian-leaning Valley figures cheered Mr. Armstrong’s post. The investor Paul Graham tweeted, “I predict most successful companies will follow Coinbase’s lead. If only because those who don’t are less likely to succeed.” The veteran executive and venture capitalist David Sacks put it more succinctly: “💪 leadership @brian_armstrong.”

• Others criticized the move. “Stating out loud that you think economic freedom and social justice can be conveniently disconnected is the epitome of why SV has a bad reputation,” tweeted Jessica Alter of Tech for Campaigns. And Matthew Green, a cryptography professor at Johns Hopkins, said that the post “genuinely makes it harder for me to recommend” that students go to work at Coinbase.

• Some jested that Mr. Armstrong may have violated his own rules. Techmeme’s Gabe Rivera tweeted, “My favorite thing about this post is their very decision to write and publish it is … taking on activism outside Coinbase’s focus!” 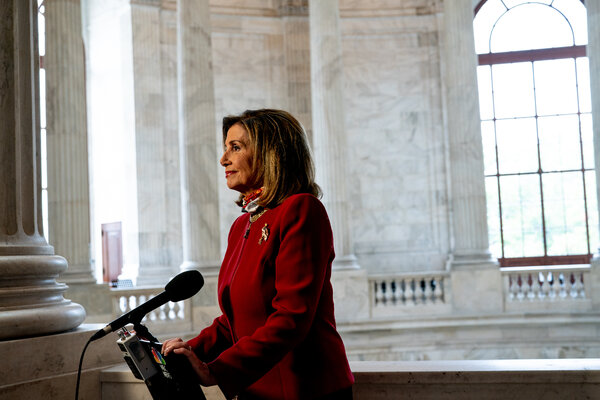 The global coronavirus death toll has passed one million. More people have now died from Covid-19 than from H.I.V., dysentery or influenza. The economic cost is still mounting, too: New York City, for example, faces an extended financial crisis, while European countries are introducing new restrictions.

The Chinese Communist Party is pushing for more power over business. Officials have begun spreading a message of “United Front work,” The Financial Times reports. In return for helping the party, companies could receive more government aid and fairer treatment compared with state-owned rivals.

Apple and Epic Games took their app store fight to court. In a three-hour videoconference hearing, Epic laid out its case that Apple abuses its control of its App Store. The federal judge overseeing the hearing recommended a jury trial and is expected to rule on whether Apple must reinstate Epic’s Fortnite in its store.

LVMH countersued Tiffany over their $16 billion deal. The French luxury conglomerate argued in Delaware’s Court of Chancery that it had the right to walk away from its proposed takeover, citing both the effects of the pandemic and Tiffany’s decision to pay a dividend.

AppHarvest will go public via SPAC

AppHarvest, the indoor farming company, will announce a deal today to merge with a special purpose acquisition company, Novus Capital Corporation, at a valuation of $1 billion. The transaction includes $475 million of financing, $375 million of which will be through a private investment in the public entity, or PIPE, led by Fidelity, Inclusive Capital and Novus Capital Corporation.

The deal promises to do social good. AppHarvest will use funds from the deal to build facilities beyond its 60-acre property in Kentucky. Indoor farming’s proponents say that it can feed a growing population where outdoor farming may be insufficient and reduce reliance on exports. AppHarvest, which is registered as a B Corp, has attracted many environmentally and socially minded financiers. Its board includes Jeff Ubben, the ValueAct co-founder who invested in the company through his E.S.G. fund, Inclusive Capital, and Martha Stewart. The AOL founder Steve Case’s Rise of the Rest Seed Fund is an investor, as is James Murdoch.

• “This is a bet on a company and a bet on the future of an industry and also a bet on a region reimagined,” said Rise Fund’s Anna Mason, who sits on the board.

It’s also bet on the unknown. AppHarvest doesn’t yet generate revenue — it won’t until it harvests its first tomato crop in the first quarter of next year. As it looks to grow in a capital-intensive industry, it doesn’t expect to generate operating profits until 2023. That uncertain financial profile is shared by Nikola, the embattled electric vehicle company on whose board Mr. Ubben sits, which also went public via SPAC. Mr. Ubben said he is confident in AppHarvest and the mission that brought him to both companies. “I am trying to do something nobody else has done, which is to marry the incumbent with the start-ups,” he said. (The incumbent, in this case, means institutional investors.)

• Mr. Ubben said that venture capital investors eschew the kinds of companies he backs, in favor of asset-light software companies. For financing, then, “There are two places: There’s a legacy company balance sheet, and there’s this new model called a SPAC and PIPE,” he said.

Michelle Leder is the founder of the S.E.C. filing site footnoted*. Here, she considers the prospects of a contentious regulatory proposal. You can follow her on Twitter at @footnoted.

Today is the last day people can submit comments to the Securities and Exchange Commission about its proposal to effectively reduce the public disclosure of institutional investors’ holdings.

In July, the commission said it wanted to raise the threshold for filing the 13-F form, which requires institutional investors who manage over $100 million to disclose many of their positions every quarter. The agency wants to raise that threshold to $3.5 billion, which would eliminate about 90 percent of filings.

While the overwhelming majority of the approximately 2,000 comments were from individual investors who opposed the changes, executives at big companies began weighing in as the deadline approached. They, too, are overwhelmingly opposed.

Dell Technologies’ C.F.O., Tom Sweet, wrote that increasing the filing threshold would “greatly impact our ability to effectively engage with shareholders and to identify with activist investors, the great majority of which fall well below the Commission’s proposed filing threshold.”

Leeny Oberg, the C.F.O. of Marriott, also wrote in opposition. Ms. Oberg said the filings were the “single source of information” that allowed the company to identify more than 900 institutional investors who owned its stock at the end of last quarter. “We believe that number could fall below 400 if the proposed amendments are adopted,” she added.

Many exchanges have come out against the S.E.C. proposal. Nasdaq included the names of over 300 member companies as cosignatories of its letter, citing particular problems for small-cap companies, “the lifeblood of the U.S. economy.”

The commission is under no obligation to take these comments into consideration. Still, few S.E.C. proposals attract this much attention from such a wide swath of the investing public, so it is hard to imagine the commission simply moving forward as initially planned.

Tonight, at 9 p.m. Eastern, President Trump and former Vice President Joe Biden will spar in the first of three debates. Mr. Trump’s taxes will likely feature prominently, in addition to the topics announced last week. But Miguel Noyola, a partner at Baker McKenzie who is tuning in for the corporate clients he advises on finance and investments, is most interested in what the candidates say about trade.

• If neither candidate pushes back against tariffs and trade wars, it will be a signal to executives and investors that cross-border business could become even riskier, putting global supply chains under pressure.

How ‘The Apprentice’ became Trump’s lifeline

Mr. Trump drew about $427 million from “The Apprentice,” according to calculations from the documents. Beyond the $197 million that he received directly from the show, he struck an array of sponsorships — $500,000 to pitch Oreos, for example — hotel licensing deals and get-rich seminars. It led to the unusual situation of Mr. Trump reporting positive income on his tax returns.

• Mr. Trump plowed the proceeds into real estate investments that have proved deeply unprofitable, with a debt crunch that comes due within the next few years.

The fallout from The Times’s investigation continues. Experts said that revelations of Mr. Trump’s big debts and foreign entanglements made him a national security risk. Republican lawmakers dodged questions about the report. And Joe Biden’s presidential campaign has seized on Mr. Trump’s taxes as a political cudgel.

• Walmart is reportedly near a deal to sell Asda, its British subsidiary, to a group led by TDR Capital and the billionaire owners of the EG Group, for more than 6.5 billion pounds, or $8.4 billion. (Sky News)

• McAfee, the cybersecurity company, has filed to go public to seize on investor demand for tech listings. (Bloomberg)

• House lawmakers introduced a bipartisan bill to address the failings that led to the two crashes of Boeing 737 Max jets. (NYT)

• The first trial in Germany stemming from Volkswagen’s emissions-cheating scandal begins today, with Audi’s former chief as the defendant. (NYT)

• The judge who blocked the Trump administration’s ban on TikTok ruled that the government had appeared to overstep its national-security authority. (WSJ)

• Two women made sexual assault allegations against Trevor Milton, the billionaire founder of Nikola who stepped down last week. He denies the accusations. (CNBC)

• Inside the JPMorgan Chase trading desk that federal prosecutors have called a crime ring — and which is poised to cost the bank a $1 billion penalty. (Bloomberg)

• An Italian warship was deployed to Libya to combat people-smugglers. It came back with smuggled contraband, including 700,000 cigarettes. (NYT)

Thanks for reading! We’ll see you tomorrow.