The government has been accused of “killing Christmas” for hospitality businesses and their staff through tough new restrictions after England’s second coronavirus lockdown ends next week.

The sector argues it will be among the hardest hit through Boris Johnson’s revised three-tier system, which is due to come in to force from Wednesday 2 December as the COVID-19 pandemic continues to wreak havoc on the economy.

The new rules, outlined by the PM in a virtual statement to the Commons, will see non-essential retail and personal care providers, such as hairdressers, reopen no matter which tier they are in. 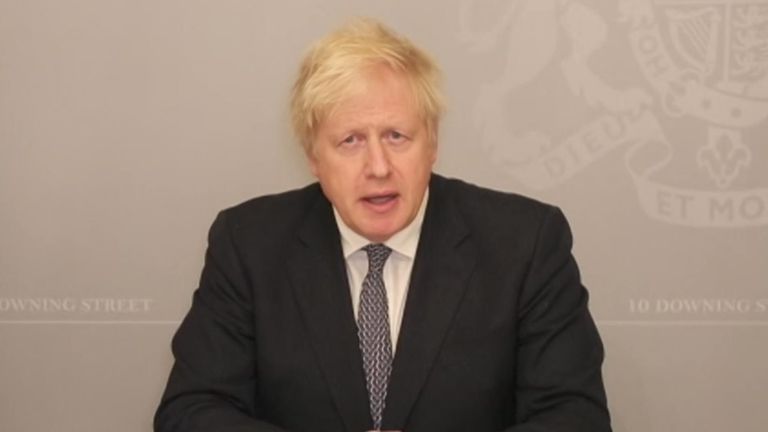 The same is true for gyms.

Only Tier 3 – the most serious – will force indoor entertainment venues such as bowling alleys and cinemas to close.

There can be no standing at the bar chatting to friends or colleagues.

Even in Tier 1 areas, they must only provide table service, though the 10pm curfew has been extended to 11pm, with last orders at 10.

Those in Tier 2 have to close unless they are serving food, with alcoholic drinks only available with a “substantial meal”.

Such businesses can only open as a takeaway service in Tier 3.

The tiers under which an area will fall are expected to be revealed in a further announcement this Thursday – giving businesses time to prepare accordingly.

But industry body UKHospitality warned the measures were a recipe for more lost businesses and jobs heading into the crucial Christmas season, as a Sky News tracker shows the sector to be among the worst hit to date.

Its chief executive, Kate Nicholls, said: “The government is making a point of saying that these measures are needed in order to save Christmas.

“In reality, they are killing Christmas and beyond for many businesses and their customers who look forward to, and rely on, venues being open at this time of year. Sadly, for many staff, it will be a Christmas out of work.”

She demanded an immediate increase in government financial support to hospitality. 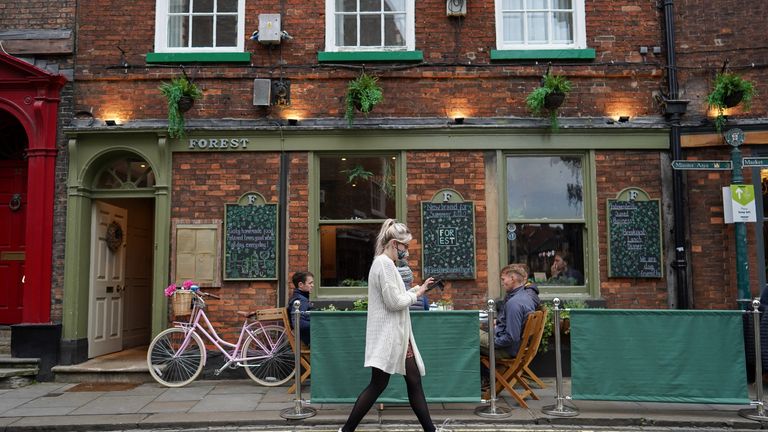 Ian Wright, her counterpart at the Food and Drink Federation, added: “There is real danger that continued restrictions will result in two thirds of pubs, clubs and restaurants – customers to food manufacturers – closing before the vaccine arrives.

“We must see further financial support for this vital sector”.

The Institute of Economic Affairs think-tank said the restrictions would prove a “death sentence” for countless pubs and restaurants.

Its head of lifestyle economics, Christopher Snowdon, said: “The government has decided to lay waste to thousands of pubs by requiring a ‘substantial meal’ to be served with drink.

“There is no scientific basis for this and it will be impossible for wet (drinks-only) pubs to comply.

“Mr Johnson describes the bankruptcies and unemployment that will result as ‘unavoidable hardship’.

“On the contrary, they are the wholly avoidable outcome of a deliberate political choice.”