The boss of Ryanair has hit out at the UK and Irish governments’ handling of the coronavirus crisis, telling Sky News there is a “greater danger of catching COVID in Bolton than Barcelona”.

Michael O’Leary used an Ian King Live interview to describe Boris Johnson‘s performance as “lamentable” amid deep frustration in the aviation sector over shifting restrictions imposed to control the spread of the virus – rules, the industry argues, that are killing passenger demand.

He said that Ireland was “by far the worst” and that the country – the company’s home market – was effectively “closed for business” given the severity of its COVID-19 quarantine regime.

Live coverage of the latest coronavirus news and updates 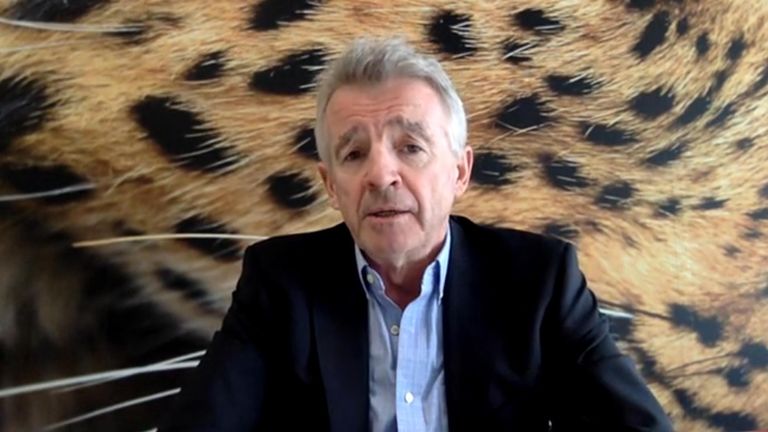 Mr O’Leary argued there was too much focus among European governments on rising coronavirus cases when determining travel curbs – demanding “common sense” was applied.

He suggested hospital admission statistics showed the threat posed by the virus was not as severe as it had been at the start of the crisis.

Ryanair announced several weeks ago that it was cutting flight capacity by 20% during September and October. 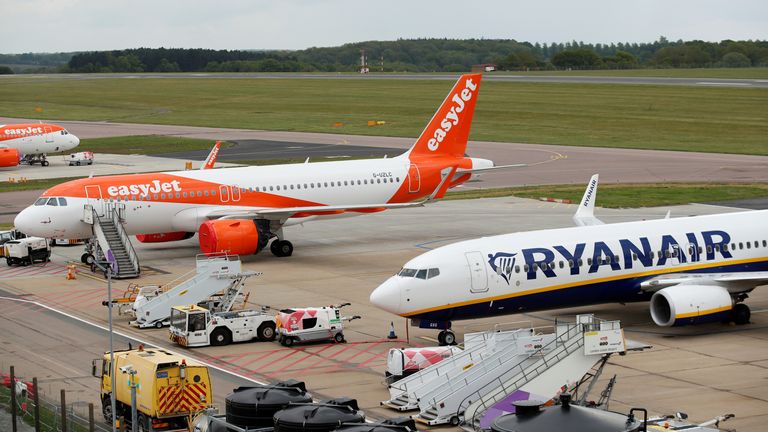 Mr O’Leary said the decision was a consequence of the industry becoming “bedevilled” by government mismanagement.

“Our customers are struggling to make any bookings with confidence when you have, for example, the British government locking down Bolton one day, Preston another day, inventing this new restriction that social settings will be reduced to six people,” he said.

“They’re just making the stuff up as they go along to cover up the fact that test and trace is effectively non-existent.”

Like rival easyJet earlier this week, which has also cut capacity, the Ryanair boss called on the UK government to slash Air Passenger Duty to help stoke demand among passengers.