LONDON — Fashion has long been criticized for its wasteful habits and harmful impact on the environment. But as sustainability moves up the industry’s agenda, is it possible for brands and retailers to neutralize their impact — or even move towards leaving a positive mark on the planet?

The British Retail Consortium certainly thinks so and has laid out a series of ambitious targets for the next two decades, unveiled last week. Its ultimate aim is to completely de-carbonize U.K. retail by 2040, with stores and warehouses being powered by net-zero electricity by 2030 and brands’ and retailers’ supply chains reaching net-zero carbon emissions by 2040.

“The U.K. has an opportunity to rebuild a fairer, more sustainable economy in a post-pandemic era, which starts by cutting carbon emissions,” the organization said in a statement. “We believe that with vital support from the government, the retail industry can de-carbonize stores by 2030, deliveries by 2035 and products by 2040.”

To reach its targets, the BRC has laid out a climate action roadmap that looks at ways of reducing carbon emissions from shops and logistics operations; incorporating decarbonization in key business decisions, and educating the end-consumer about how to live a low-carbon lifestyle.

Up to 60 British retailers, including the likes of Burberry, Asos, All Saints, Marks & Spencer and Boots, have signed the BRC action plan and committed to delivering on the targets. Many of the fast-fashion retailers that have been heavily criticized for their wasteful practices and worker wellbeing are also involved, included Primark and Missguided. The latter is among the funders of the action plan.

“By 2040, we want every U.K. customer to be able to make purchases — in-store and online — safe in the knowledge they are not contributing to global warming,” said Helen Dickinson, the organization’s chief executive officer, adding that collaboration between “retailers, industries and government” will be fundamental in realizing the BRC’s vision.

Despite the economic challenges imposed by the pandemic on retailers, rebuilding the industry with a greener focus is the only way to ensure long-term survival, according to Dickinson: “Climate change is a threat that none of us can ignore and the retail industry has a key role to play, [as] consumers are demanding change. A recent survey into consumer sentiment conducted by PwC showed consumers are much more likely to shop with sustainable and ethical brands post lockdown than they were before.” 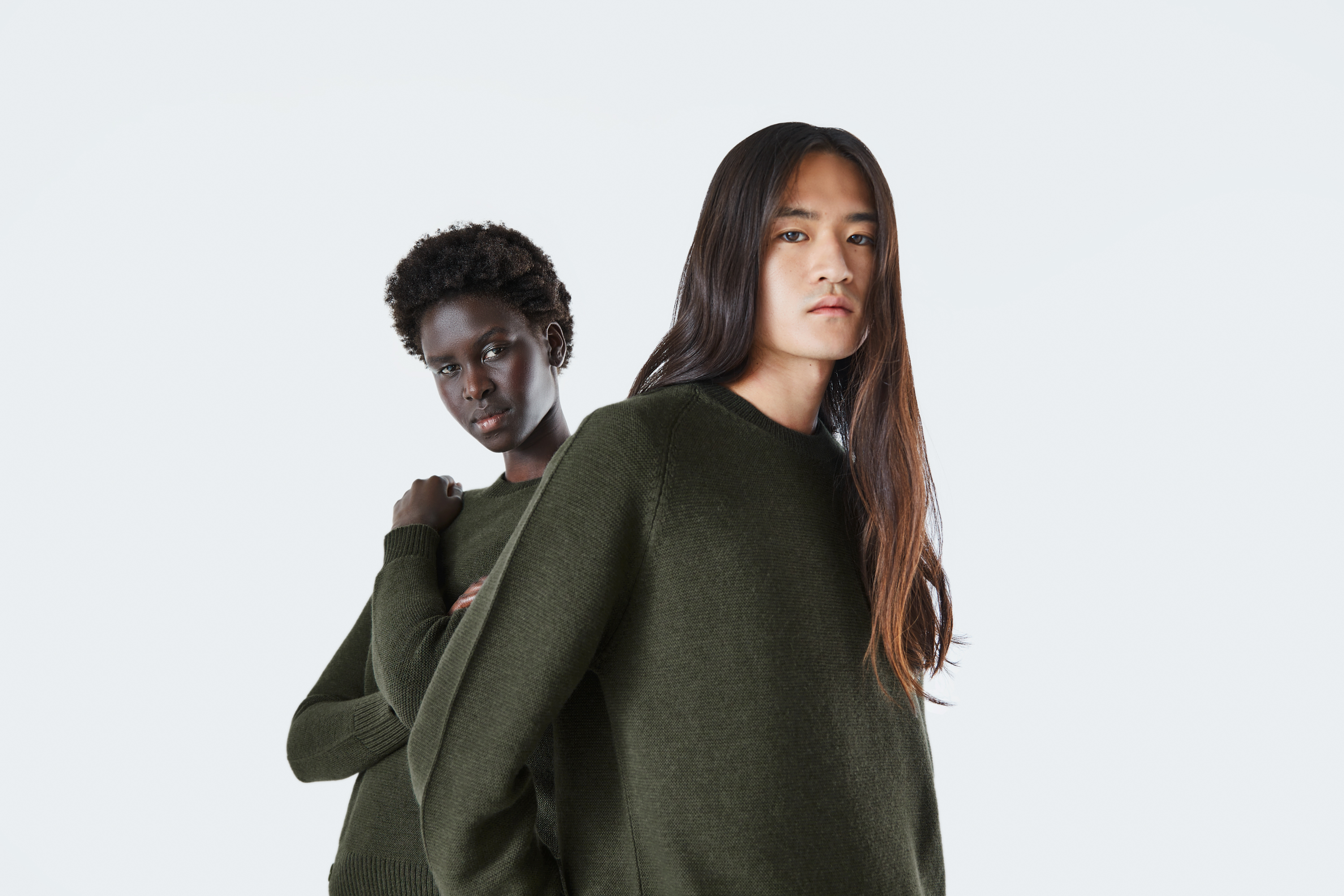 A number of fledgling labels in the U.K. have also been building their businesses around carbon neutral supply chains, reflecting many of the goals laid out in the BRC plan.

One is Sheep Inc., a sustainable knitwear company that made its debut last October and is going a step further and reaching carbon negative status — a fashion first in knitwear — as a result of its biodiversity investments.

The company has been able to become the first carbon-negative fashion label by dedicating 5 percent of its revenues to a mix of carbon-insetting initiatives. These investments go toward farms the label directly works with; areas that have been impacted by over-farming by the broader fashion and agriculture industries, as well as areas that require urgent action, like the Amazon rainforest.

“This allows us to offset around 325 kg of carbon per sweater, although our mix of investments means our actual positive impact is in fact far higher,” said the label, whose investments are vetted by an independent advisory panel of climate change experts.

Each Sheep Inc. sweater includes a tag that can provide a full account of the item’s carbon impact, in order to hold itself accountable and provide consumers with the necessary information.

“The big challenge is making the consumer more in touch and aware. The fashion industry has been so opaque for so long that people aren’t conditioned to ask questions or interrogate the provenance of the things they buy,” said Edzard van der Wyck, Sheep Inc.’s cofounder, adding that although awareness around clothing’s provenance is still not widespread, the brand is seeing increased engagement with its content as much as its products.

“We see comments on social and responses to e-mails around this topic. We often find that once you learn this information you don’t forget it, so the first encounter through us leads to more learning, more interest. Starting people on this journey is so key.”

Reaching carbon negativity is feasible for fashion brands, according to van der Wyck, provided they work with suppliers that share the same values, be it use of renewable energy and minimal use of chemicals — and are willing to put their money where their mouth is.

“Although [dedicated 5 percent of revenues to biodiversity investments] is a high amount for a young business like ours, we feel that this needs to start becoming the new mind-set. It needs to be baked into the margin structure of the business, as we all need to be doing more than just enough if we are going to divert the path we’re on, in any way,” he added. 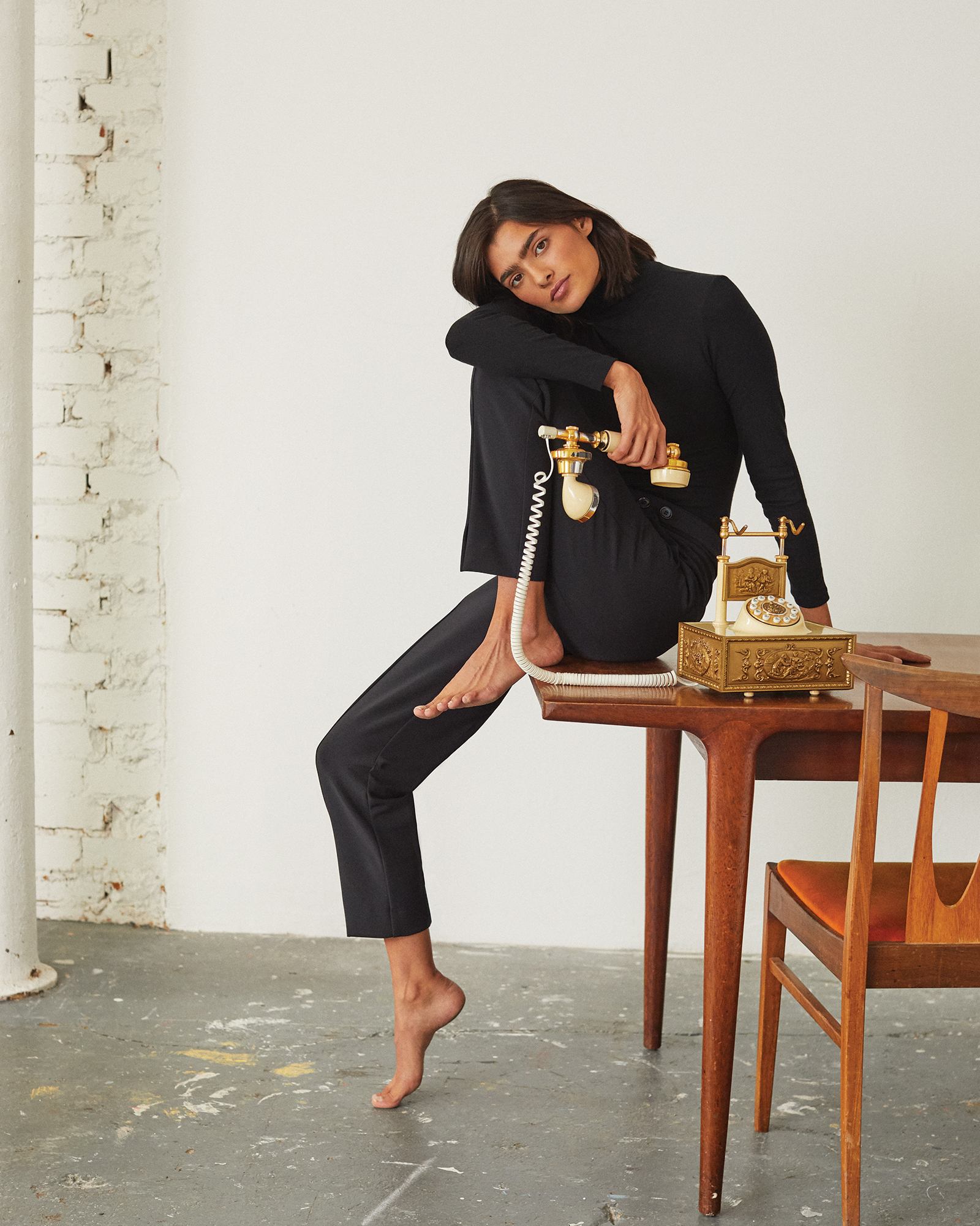 The sustainable label Dai, which specializes in wardrobe staples, has been on a similar path. It has just revealed its certification as a B Corporation, joining the likes of Veja, Eileen Fisher and Allbirds. Having scored 97.4 points out of 200 available points, Dai is now second to Patagonia in the apparel sector, by the B Corp ranking.

By 2021, the label is aiming to become fully carbon neutral.

“We’ve been offsetting carbon on 100 percent of our shipments for the past three years, and this year, we calculated that shipping made up only 25 percent of our overall carbon footprint. The remaining 75 percent came from the manufacturing of our products, from yarn production to finished goods. For 2021, we are eliminating our own impact to global climate change,” said the label’s founder Joanna Dai, adding that the company has been offsetting the carbon impact of its shipments for the past three years and the majority of its remaining footprint comes from manufacturing.

“Once we calculated the greenhouse gas emissions on every style and every unit we sold, we can attribute and commit to a self-governing ‘eco tax’ on every garment sold at Dai by offsetting the carbon through a number of certified climate positive projects. Achieving carbon negative status is completely possible and is our stretch goal in 2021, which I am confident we can and will achieve.”