Cornwall, in England’s far southwest, is known for antique fishing villages and snug, cliff-lined beaches. Soon it may be the scene of something very different: a small but growing space industry.

One day in a year or two, a modified Boeing 747 is expected to lift off from the long runway at the region’s airport, head out over the Atlantic Ocean and soar into the stratosphere. There, a rocket will drop from below a wing, fire its engines and ferry a load of small satellites into orbit, while the plane returns to the airport.

After six years of planning and fund-raising, construction of a bare-bones spaceport, budgeted at about 22 million pounds ($28 million), is beginning this month at the airport in Newquay.

The anchor tenant is expected to be Virgin Orbit, a part of Richard Branson’s Virgin universe. Its selling point: Putting satellites into orbit via aircraft can be done faster and with less infrastructure than earthbound rockets. It plans to bring its 747 (called the Cosmic Girl) and other gear being tested in the Mojave Desert to Britain with the help of £7.35 million from the U.K. Space Agency. 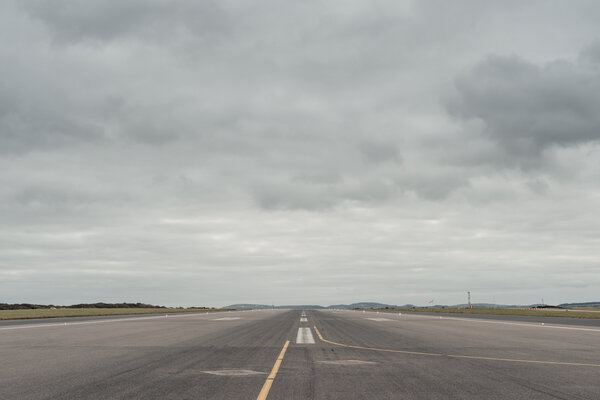 “At the beginning, people laughed at us,” said Melissa Thorpe, head of engagement for Spaceport Cornwall, the developer. “It took a lot of work to convince a lot of people.”

Among the better arguments: The spaceport, which is owned by the local government, could eventually provide 150 good jobs in what, despite its charm, is a region dependent on low-paid, seasonal work from tourism.

Britain is doubling down on the always risky space business after, some would say, years of neglect. Besides Cornwall, the government is putting money behind several other potential launch sites, including one on the remote north coast of Scotland, which is being tailored for an environmentally friendly rocket to be manufactured nearby.

This is all new for a country that does not have a deep history of rocketry or launching satellites into space. The case for spaceports in Britain is far from proven. In fact, some analysts say there are already too many such facilities, including in the United States.

The first — and, to date, only — British-made satellite-bearing rocket was launched from Woomera in Australia in 1971. That program, called Black Arrow, was scrapped after four launches for not being cost effective.

“You do have to pinch yourself that the U.K is within a few years of launching satellites,” said Doug Millard, space curator at the Science Museum in London. “That is something that never would have been considered not so long ago.”

A big reason for the turnaround is Brexit. The decision to pull away from the European Union has heightened awareness that Britain, which has largely relied on European and American space programs for services like satellite navigation, would be at risk without its own space infrastructure. This year the space agency’s budget was bumped up 10 percent to £556 million (still a small fraction of NASA’s $22 billion).

Brexit has provided “a real stimulus to get us to think about what we actually need as a country in space,” said Graham Turnock, chief executive of the U.K. Space Agency, in an interview.

But the decision to look skyward also coincides with the growing commercial use of space around the world, promoted by deep-pocketed investors like Elon Musk, Jeff Bezos and Mr. Branson, but also pushed along by a range of less prominent entrepreneurs and businesses.

Key has been the emergence of much smaller and cheaper satellites, some the size of a shoe box and costing a relatively small $1 million or less. Some are used for observation, such as measuring how much oil is stored in a tank farm, valuable data for energy investors. Others are planned to provide internet connectivity on earth and a key link in the burgeoning internet of things, essential for self-driving cars and smart kitchens.

“We are right at the beginning of this journey,” said Mark Boggett, chief executive of London-based Seraphim Capital, which is investing a $90 million space fund.

The government of Prime Minister Boris Johnson put its own chips on such efforts by agreeing in July to spend £500 million to acquire 45 percent of OneWeb, a satellite operator.

OneWeb filed for bankruptcy this year, but is involved in the hottest area of the satellite industry: the creation of so-called constellations, blizzards of coordinated satellites in low orbit, designed to provide blanket coverage for purposes like extending the internet to remote regions.

OneWeb is building its satellites at a factory co-owned by Airbus in Florida. The hope in the British government and space community is that OneWeb will build a future generation of satellites in Britain.

Over all, the government is trying to support activity in what is known as “new space,” a more agile and commercial approach to an industry traditionally dominated by government and military programs.

“OneWeb, and what we are doing on launch, is all about taking a really big role in that new economy,” Mr. Turnock said.

While Britain has participated in prestigious space activities like making a Mars rover for an upcoming European-Russian mission, it has catching up to do. Still, space experts say the direction the industry is moving could play to its advantage.

The launch vehicles that Britain is trying to nurture would be suited for smaller satellites that operate in low-Earth orbit, around 800 miles up, compared with about 22,000 miles for telecommunications giants that sometimes cost hundreds of millions of dollars.

Smaller satellites also have much shorter life spans than the larger ones, implying the need for more of them, and more launches. Virgin Orbit says it plans to charge $12 million to take a nearly 700-pound payload of satellites into space.

Having nearby launch sites will fill a need for companies like In-Space Missions, a space service firm in Hampshire, outside London. Doug Liddle, the chief executive, said the company went all the way to New Zealand to launch a satellite this year, only to lose it when the rocket failed.

The new space economy is also more affordable for medium-size countries like Britain. “The small-satellite approach now means we are not going to spend our entire national budget on our space program,” said Martin Sweeting, a founder and executive chairman of a British university spinoff called Surrey Satellite Technology, a pioneer in small satellites.

Space is also becoming far more accessible to start-ups like Open Cosmos, which offers to build satellites and arrange their launch and early operation at a cost of $10 million or less. The company is one of many technology businesses clustered in Harwell, a community near the University of Oxford.

Among the neighbors are clients like Lacuna Space, which plans to deploy satellites for a range of uses like tracking cattle on vast Latin American ranches, and potential suppliers like Oxford Space Systems, which builds satellite-mounted antennas that unfurl once in orbit to send data to ground receivers.

“It is a small ecosystem; everybody knows each other,” said Rafel Jordá Siquier, the 31-year-old founder of Open Cosmos.

But not all the companies are start-ups. Airbus, the giant French maker of commercial aircraft, is also a major manufacturer of satellites and employs 3,500 people doing space work in Britain.

The company had been nervous about Brexit’s implications for those operations, but the government’s move into OneWeb offered some reassurance.

“The investment in OneWeb and focus of the U.K. on space is actually making Airbus go, ‘Look, the U.K. is a really good place to invest,’” said Richard Franklin, head of space and defense for Britain at Airbus.

The launch technologies it is counting on are unproven. Virgin Orbit’s first test this year in the United States sputtered when the main rocket engine shut down. And the coronavirus pandemic has put huge financial strain on Mr. Branson’s empire, including the flagship, Virgin Atlantic. To help bolster the finances of the airline and other companies, the entrepreneur sold around $500 million of shares in Virgin Galactic, a space tourism business.

But Will Pomerantz, Virgin Orbit’s vice president for special projects, said the 747 would come to Cornwall “when they are ready and they need us.”

The satellite market is also both competitive and turbulent. Tesla’s founder, Elon Musk, whose SpaceX has carried U.S. astronauts to the International Space Station and returned them safely to Earth, is building his own mega constellation satellite system, Starlink. Other technology companies are likely to follow, while many countries can now build satellites.

“One of the beautiful things about small sats is that anyone can make one,” said Alexandre Najjar, senior consultant at Euroconsult, a market research firm.

Still, Britain’s space entrepreneurs say having a launchpad near home might give them an edge.

”If we can get in a van and drive our spacecraft up to Scotland or Cornwall, the whole process becomes much more straightforward,” said Mr. Liddle, the satellite builder.