Boris Johnson admitted more people are working from home because of coronavirus but defended the HS2 high-speed railway, saying transport networks will be critical in the years to come.

As construction on the controversial HS2 railway began, the prime minister insisted mass transit infrastructure projects will be “crucial for our country”.

His comments came as former Labour transport secretary Lord Adonis said “the death of the office is massively exaggerated” and he insisted most people “can’t wait” to get back to the workplace. 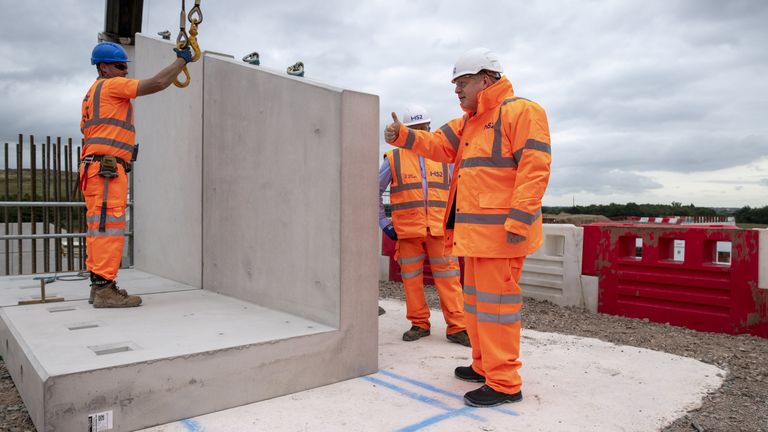 But the chief executive of sandwich chain Pret A Manger said he did not think workers would ever go back to pre-pandemic levels.

“I think flexible working will be more apparent than it’s ever been.”

Demand for rail travel is at 31% of pre-pandemic levels, according to Department for Transport figures.

Mr Johnson said: “I think loads of people have had the benefit of working from home. It’s been magnificent and it’s definitely enhanced people’s quality of life in many, many ways and I congratulate people on the hard work they’ve put in from home.

“But I’ve got absolutely no doubt that mass transit transport infrastructure is going to be crucial for our country, not just now, but in the decades ahead.”

HS2 will connect London with the West Midlands, Leeds and Manchester, and is the largest infrastructure project in Europe.

The aim is to run 18 trains an hour in each direction to and from London – at speeds of up to 224mph – compared to between two and six an hour on Europe’s high-speed railways. But the project may not be ready for passengers on the full network until 2040.

The government-commissioned Oakervee Review into HS2 warned last year the final bill for the railway scheme could reach £106bn at 2019 prices, but the PM gave HS2 the green light in February with a revised budget and schedule. Speaking at a “shovels in the ground” event for HS2 in Solihull, West Midlands, he said: “This incredible project is going to be delivering 22,000 jobs now, but tens of thousands more high-skilled jobs in the decades ahead, linking Birmingham, eight miles away there, to London, just 38 minutes behind me when HS2 is built.”

He added: “Transport connectivity is at the heart of the build back better, build back faster and build back greener recovery.”

Pret A Manger chief exec Pano Christou also said he could not guarantee more job cuts after declining demand. “People are hoping that things come back, you’ve got different countries that have got second waves, third waves. It’s so hard to say whether you will or whether you won’t. I think any CEO would be in a similar predicament,” he said.

Meanwhile, Lord Adonis told Sky’s Ian King Live programme there is “no reason to believe that once the vaccine has come and the pandemic is over, that life won’t return back to normal”.

He said: “Once COVID-19 is over, and we’ve got a vaccine and life returns to normal, all the reasons why we needed HS2 – we have a massive shortage of transport capacity between our major cities – that will still be true afterwards and we can’t afford the delay.” 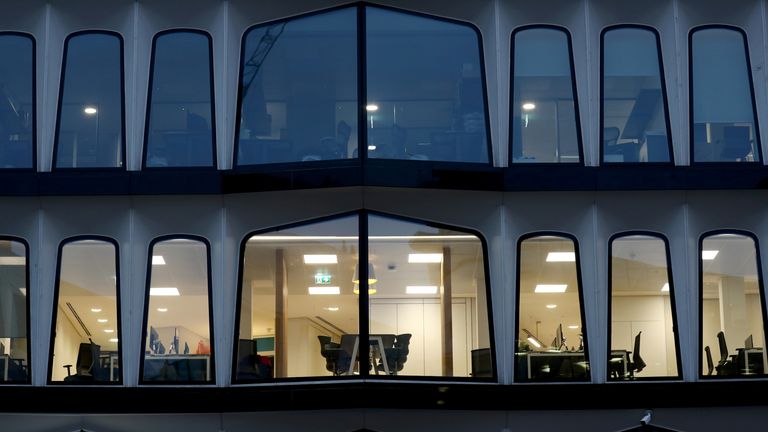 The former minister added: “Of course there is no one on the railways at the moment because there is a pandemic, and we still haven’t got a vaccine.

“If you are looking at the sectors which are already returning back to normal – education and the retail sector – they are behaving just as they were before, and I think it will be the same with the economy at large.

“I think the death of the office is massively exaggerated.

“Most people can’t wait to get back to the office, it’s just that it’s not safe to do so at the moment.”

Working from home, while recommended during the worst of the coronavirus pandemic, is now being blamed for holding back the economic recovery.

Inner city retailers continue to suffer from low footfall as workers stay away from the office, prompting Mr Johnson to encourage people to return to the workplace.

The Office for National Statistics (ONS) released figures on Thursday showing that the proportion of people working exclusively from home has been slowly declining.

The ONS said: “In the most recent week, the proportion of working adults who travelled to work reached 57%, its highest level since the series began, after increasing steadily over the last two months.”