(Reuters) – Improving U.S. economic data is pushing investors out of U.S. government bonds at the fastest pace in months, the latest sign that risk appetite is returning to broader markets. 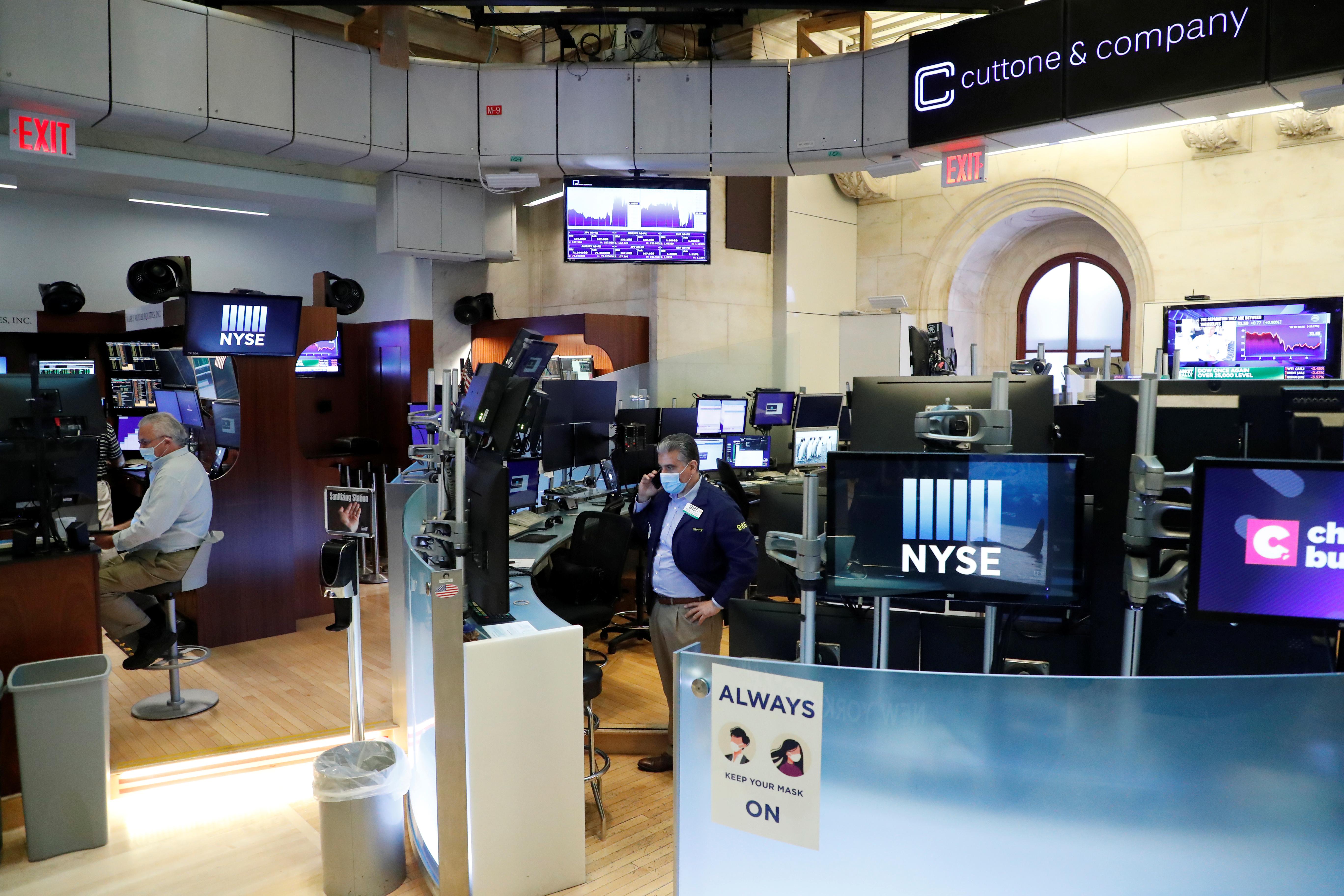 Yields on the benchmark 10-year U.S. Treasury rose on Friday to 0.96%, their highest since March 20, after government data showed the economy unexpectedly added jobs in May after suffering record losses in the prior month. Those on the 30-year Treasury bond were recently at 1.76%, up from 1.40% a week ago. Bond yields rise when prices fall.

The moves come amid signs that easing lockdowns across the United States and trillions in stimulus are helping stabilize the economy, potentially allaying concerns over a stock rally that has seemed disconnected from economic reality and weighing on Treasuries and other safe-haven assets.

The S&P was recently up around 2.8%, and the index’s 39.3% gain between March 23 and June 3 marked its best 50-session period in history, according to LPL Financial.

“There’s been an ongoing debate for some time whether we’re going to have a “V” or a “U” or an “L”-shaped recovery from this,” said Jim Paulsen, chief investment strategist at Leuthold Group. “Certainly this supports the “V” camp.”

Surveys have also shown consumer confidence, manufacturing and services industries stabilizing, albeit at low levels in May, indicating that the downturn triggered by a near shutdown of the country was bottoming.

And while investors have rushed into investment grade and high-yield bonds, some have lightened their positions in Treasuries.

Government bond fund outflows increased to $3.24 billion in the week to June 3 from $140 million in the prior week, while investors pulled some $37.5 billion out of money market funds, data from BofA Global Research showed.

The sell-off in bonds “is primarily based on what is being viewed as an improvement in the economy,” said Jason Ware, chief investment officer at Albion Financial. “The long end of the curve is reflecting optimism around an economy that seems to have troughed and is getting better.”

U.S. investor sentiment has also turned more bullish in recent weeks despite a still-climbing death toll from the coronavirus pandemic and widespread civil unrest stemming from protests against racial inequality and excessive use of force by police.

The percentage of individual investors describing their short-term outlook as “bearish” fell to its lowest in nearly four months, according to a survey by the American Association of Individual Investors.

“For a while, people have been talking about this (stock)rally as being flimsy or without staying power.” said Solomon Tadesse, head of quantitative equities strategy for North America at Societe Generale, in an interview before the jobs data was released. Now “it’s like a sentiment change.”

Bond yields have also risen as the Treasury ramps up its sales of long-dated debt while the Federal Reserve reduces its bond purchases, leaving more bonds to be absorbed by investors.

To be sure, bond sell-offs have stalled or reversed in the past when economic data has stumbled – a profound risk this time around, as uncertainty remains about the trajectory of the coronavirus pandemic as lockdowns end.

“Yields can continue to push higher from here, but not dramatically so,” said Jon Hill, interest rate strategist, BMO Capital Markets. “At the end of the day we are in a recession, unemployment is above 10 percent, we have low inflationary pressure … and a Fed quantitative easing program on top of everything else.”

The Fed, which has pledged to do everything in its power to foster a recovery, may also turn to new tools in the months ahead, including yield caps to keep rates low and monetary conditions loose, investors said.

John McIntyre, fixed income portfolio manager at Brandywine Global, expects the Fed may move to cap yields in September, though questions regarding the policy are likely to come up when the central bank holds its monetary policy meeting next week.

“The thing is yields can move a bit higher but they can’t move significantly higher – there is too much debt out there,” he said.