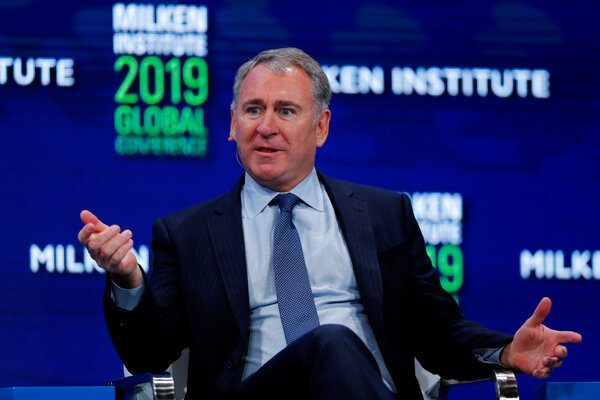 These managers made bank

Today, Institutional Investor unveiled the 20th edition of its Rich List, one of the most watched rankings of hedge fund managers’ performance. Every year, financial tycoons pore over the magazine’s estimates of whose fortunes are up the most.

Last year, the top 25 managers earned $32 billion even as the economy crashed and markets wobbled. Over all, hedge funds returned 11.6 percent last year, according to Hedge Fund Research, their best performance in a decade but not enough to keep pace with the S&P 500, which was up 16 percent.

“It may not be seemly, but it remains fact,” the magazine’s editors wrote.

Here are the top earners, according to the list:

Izzy Englander of Millennium Management, who earned an estimated $3.8 billion and whose flagship fund produced a 26 percent return.

Jim Simons of Renaissance Technologies, who earned $2.6 billion and whose flagship generated a 76 percent return (but whose fund open to outside investors lost big).

Ken Griffin of Citadel, who earned $1.8 billion and whose main fund returned 24 percent. (The firm has made headlines for other reasons, too.)

New restrictions for the Paycheck Protection Program. For two weeks beginning on Wednesday, only businesses with fewer than 20 employees will be eligible to apply for loans from the glitch-prone emergency aid program. Separately, the Small Business Administration will revise how it calculates loans to help self-employed individuals.

Boeing calls for grounding another of its airplane models. The company recommended a worldwide halt to flights using its 777 model with a particular Pratt & Whitney engine. The move came after a United Airlines flight suffered engine failure over Colorado, shedding debris over neighborhoods before landing safely in Denver.

Texas’s energy markets come under scrutiny. The state’s uniquely independent and largely deregulated electrical grid has been criticized for being ill-prepared for last week’s severe winter storms and for saddling some customers with thousands of dollars in power bills.

Good news for Pfizer and BioNTech’s Covid-19 vaccine. Data from Israel showed that just one dose prevented 75 percent of infections, potentially bolstering arguments for delaying second shots. (The research didn’t determine how long single-dose protection lasted.) The drug companies also announced that their vaccine could be stored safely in standard freezers for up to two weeks, which might mean it can be deployed more widely.

A security breach highlights Clubhouse’s weaknesses. An unidentified user streamed audio from several chat rooms on the increasingly popular social network to a third-party website. The Stanford Internet Observatory, which first highlighted concerns about privacy on Clubhouse, warned that users should assume all their activity on the app is public and being recorded.

Exclusive: Traeger fires up a sale

The high-end grill maker has interviewed investment banks in recent weeks for what could be either a sale or an I.P.O., DealBook hears. Traeger, which has about $160 million in operating earnings, is growing quickly: Sales rose more than 20 percent last year. The company is hoping for a valuation that tops $3 billion, which may be too high for a buyer but could match public market appetite. The private equity firm AEA Investors, which acquired control of Traeger in 2017 for an undisclosed amount, declined to comment.

Grill sales soared during the pandemic, as people stuck at home lit up the barbecue. Traeger’s wood-pellet-fueled grills can run into the thousands of dollars and come outfitted with Wi-Fi (“WiFire”) technology to adjust heat settings from a smartphone. At-home grilling could slow as economies reopen and people spend less time at home, but in that case, Traeger also sells accessories and grills made for travel.

Traeger is the latest company looking to capitalize on a pandemic bump, testing the lofty premiums that investors are willing to fork out. McCormick paid $800 million to buy Cholula hot sauce as home cooking pushed spice sales, and Hormel paid $3.35 billion to buy Kraft Heinz’s once stalled Planters business as consumers sought comfort foods. Shares of Yeti, a maker of fancy coolers, have more than doubled over the past year, giving it a market capitalization of $6.5 billion.

“When the pandemic ends, cash could be unleashed like melting snow in the Rockies.”

— The Times’s Ben Casselman on the rising expectations among economists that a supercharged economic boom may come at the end of the pandemic.

Tesla’s Bitcoin bet is paying off

The price of Bitcoin set another record over the weekend, briefly rising above $58,000 per coin. And Elon Musk tweeted about it, cementing his status as one of crypto’s highest-profile backers.

Tesla is set to make more profit from buying Bitcoin than selling electric cars, according to a research note by Daniel Ives at Wedbush Securities. A few weeks ago, the company said it had bought $1.5 billion in Bitcoin in order to diversify its balance sheet. The rapid rise in Bitcoin since then implies a gain, on paper, of roughly $1 billion; that’s more than Tesla earned from selling cars last year, the first time it turned a full-year profit. (Tesla also made more from another tangential business, selling renewable energy credits to other automakers.)

Will more companies now follow its lead? Gaudy numbers like this might make C.F.O.s think twice about the cash and low-yielding bonds on their balance sheets. “It’s clearly been a good initial investment and a trend we expect could have a ripple impact for other public companies over the next 12 to 18 months,” Mr. Ives wrote. He expects less than 5 percent of public companies will shift corporate cash into cryptocurrency, which would still be a big jump.

Skepticism of the Bitcoin rally abounds, including from the president of the Boston Fed and Citadel’s Ken Griffin. And even as he tweeted approvingly of cryptocurrencies, Mr. Musk noted that prices “do seem high.” Last May, he said the same of Tesla’s shares (“too high”) — they have since risen more than 400 percent.

The House is expected to pass President Biden’s $1.9 trillion stimulus bill at the end of the week, probably in a party-line vote. The Senate may take it up shortly after.

The Fed chair Jay Powell testifies before Congress on Tuesday and Wednesday, and will most likely emphasize the need for more economic stimulus.

On Tuesday, HSBC reports earnings, and the bank may also announce steps to move top executives from London to Hong Kong, The Financial Times reports.

Other earnings highlights include Home Depot on Tuesday, Nvidia on Wednesday, Airbnb and Salesforce on Thursday, and Berkshire Hathaway on Saturday, when Warren Buffett’s widely followed annual letter on the state of business, markets and politics is also expected.

Today in SPACs: Elliott Management, Michael Dell and the former Xerox chief Ursula Burns have all filed to raise blank-check funds. And Asian tycoons are also eager to get into the game. (Bloomberg, WSJ)

A group of activist investors is reportedly seeking nine of 12 board seats at the department-store chain Kohl’s. (WSJ)

LVMH is buying half of Armand de Brignac, Jay-Z’s Champagne brand, in a bet that the “superluxury” market — a bottle can cost up to $65,000 — will bounce back from the pandemic. (NYT)

The Trump administration quietly and unusually lifted sanctions on the Israeli mining magnate Dan Gertler in its final days, after lobbying from the likes of Alan Dershowitz. (NYT)

The venture capital firm Sequoia told investors that it had been hacked, and that some of their personal and financial information may have been stolen. (Axios)

The British antitrust regulator has told American tech giants to expect a series of investigations into their business practices this year. (FT)

The scale of short-selling positions in U.S. stocks has fallen drastically since the meme-stock frenzy. (Axios)

McKinsey is facing criticism over its role in France’s slow vaccine rollout. (NYT)