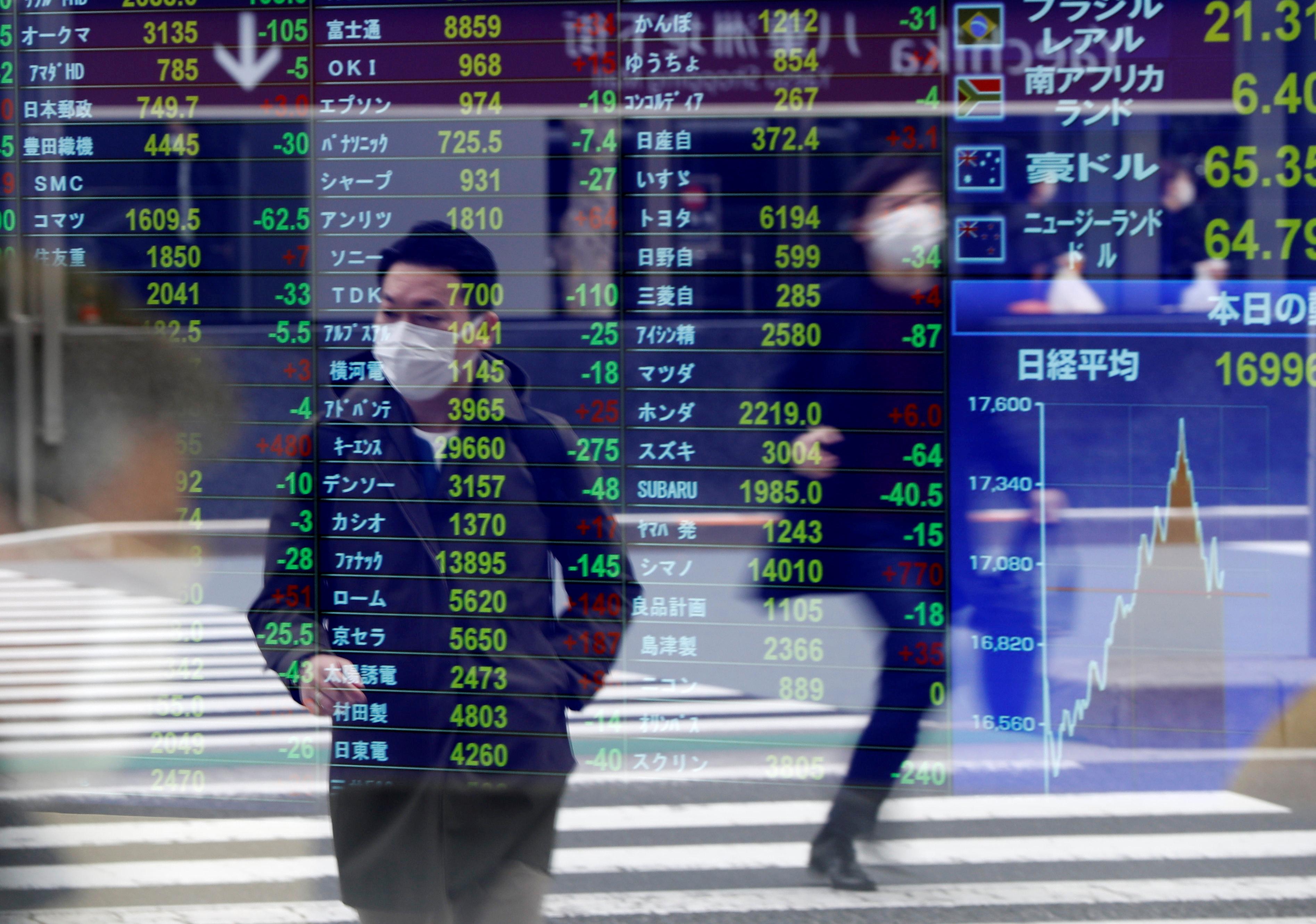 European stocks were headed for a strong start, however, with the pan-region EUROSTOXX 50 futures STXEc1 up 1.23%, German DAX futures FDXc1 gaining 1.26% and FTSE futures FFIc1 up 0.93%.

E-Mini futures for the S&P 500 ESc1 slipped 0.46%, having jumped last week on hopes some U.S. states would soon start re-opening their economies.

Japan reported its exports fell almost 12% in March from a year earlier, with shipments to the United States down over 16%. Readings on April manufacturing globally are due on Thursday and are expected to hit recession-era lows.

Better news came from New Zealand where success in containing the virus allowed the government to announce an easing in the country’s strict lockdown from next week.

Japan’s Nikkei .N225 fell 1.19%, but Chinese shares .SSEC edged up 0.37% as a benchmark lending rate was lowered to shore up the coronavirus-hit Chinese economy after it contracted for the first time in decades.

U.S. President Donald Trump said on Sunday that Republicans were “close” to getting a deal with Democrats on a support package for small business.

The United States has by far the world’s largest number of confirmed coronavirus cases, with more than 750,000 infections and over 40,500 deaths, according to a Reuters tally.

The S&P 500 .SPX has still rallied 30% from its March low, thanks in part to the extreme easing steps taken by the Federal Reserve. The Fed has bought nearly $1.3 trillion of Treasuries alone, and many billions of non-sovereign debt it would historically have never gone near.

“The Fed will be a major buyer of risky assets in the coming months, and has displayed its willingness to backstop virtually any part of the domestic financial system in trouble,” said Oliver Jones, a senior markets economist at Capital Economics.

Yet the particular composition of the S&P 500 was also a major factor, he added, as three sectors relatively resilient to a virus-induced lockdown — IT, communications services and healthcare — make up around 50% of the index.

“What’s more, the S&P 500 is skewed towards a few ultra-large firms, some of which are also in those sectors,” Jones said. “Their sheer size might make them better able to weather a few months of dramatically-low revenues than most.”

Bond markets suggested investors expected tough economic times ahead with yields on U.S. 10-year Treasuries US10YT=RR steady at 0.63%, from 1.91% at the start of the year.

“We are dealing with scales of declining economic activity that nobody has seen before. The potential hit to GDP in the second quarter this year will probably far exceed what we saw at the worst point of the financial crisis,” Capital Group’s economist Robert Lind said in a note.

That decline has shrunk the U.S. dollar’s yield advantage over its peers and left it rangebound in recent weeks. So far in April, the dollar index =USD has wandered between 98.813 and 100.940 and was last at 100.060.

Oil prices remained under pressure as the global lockdown saw fuel demand evaporate, leaving so much extra supply countries were finding it hard to find space to store it.

Brent crude LCOc1 does not have the same storage problems and its June contract was off only 1.02% at $27.06 a barrel.