Airlines operating in the UK are to face an investigation into whether consumer laws were breached through failures to offer cash refunds to passengers during the coronavirus crisis to date.

The industry, along with holiday operators, have been accused by angry consumers of dragging their heels on returning cash since flights were first disrupted in March as the country was placed in lockdown to combat the spread of COVID-19.

Complaints have ranged from incentives to take vouchers instead and repayment delays following a formal refund request. 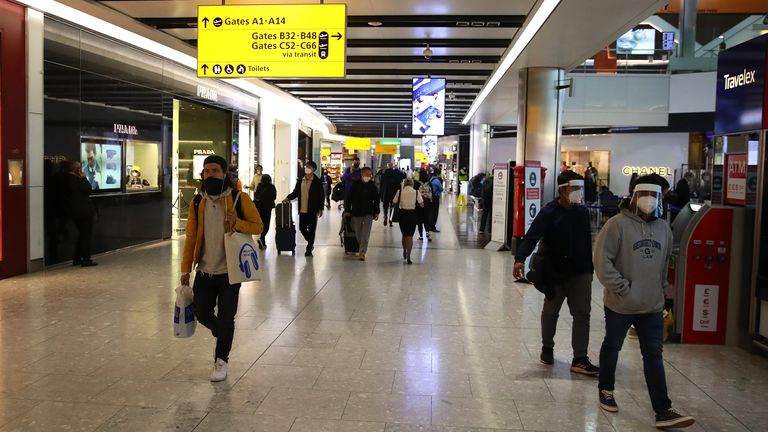 The Competition and Markets Authority (CMA), which has recently secured refund undertakings from a number of holiday firms including LoveHolidays, said on Wednesday that it was examining whether airlines had breached legal rights by failing to offer cash refunds for flights that consumers could not lawfully take.

It said that in some cases where flights were not cancelled, customers were not given refunds and were instead told to rebook or offered a voucher.

It had been under growing pressure to act in the face of criticism from consumer groups.

Which?, which has accused all the major UK airlines of breaking the law in respect of refunds, has demanded the CMA is given powers to impose fines on the industry rather than simply impose payment deadlines.

The travel industry has been among those worst hit by coronavirus disruption, with thousands of jobs lost at airlines as schedules were ripped up, planes grounded and staff furloughed.

Flybe became the first corporate casualty of the crisis before the first UK lockdown even began, Virgin Atlantic had to secure a rescue and has halved in size while British Airways has shed more than 12,000 staff.

The CMA’s statement said: “The investigation will consider situations where airlines continued to operate flights despite people being unable lawfully to travel for non-essential purposes in the UK or abroad, for example during the second lockdown in England in November.

“The CMA is aware that, in some cases where flights were not cancelled, customers were not offered refunds even though they could not lawfully travel.

“Instead, many were offered the option to rebook or to receive a voucher.”

The watchdog said that while it understood that booking systems had been placed under great strain by the pandemic, customers may have been unfairly left out of pocket.