The U.S. may soon run out of Covid money. That’s not the only problem. 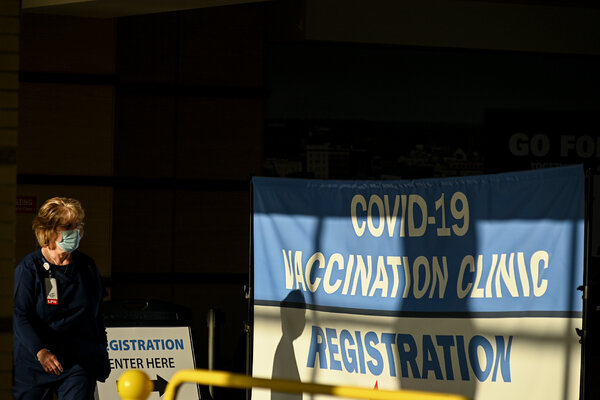 The short-term and long-term flaws with the country’s current Covid-19 policy are quite different.

In the short term, the main problem is a lack of demand for Covid vaccines and treatments: Not enough people are trying to get them. In the longer term — by the second half of this year — the bigger problem may end up being a lack of supply, especially if cases surge again.

I think this distinction has gotten lost in some of the public discussion. Yesterday, President Biden called for additional Covid funding, after Congress had left out such money from its most recent spending bill because of a disagreement over how to pay for it.

“We need to secure additional supply now,” Biden said in a brief speech, shortly before receiving his second booster shot onstage. “We can’t wait until we find ourselves in the midst of another surge to act. It’ll be too late.”

Biden is right that the lack of funding creates problems. To ensure an adequate supply of vaccines and treatments later this year, the government probably needs to take action soon. Democrats and Republicans have been negotiating over a possible deal this week.

But the potential funding shortfall is nowhere near the entire problem. A lack of money is not preventing many Americans from getting vaccinated or getting valuable treatments right now. Even if Congress does pass more Covid funding, the country will still face a problem that is more about information and persuasion than dollars.

For months, the United States has been awash in Covid vaccine shots, and many Americans would benefit from getting one. About one-quarter of adults remain unvaccinated, while roughly another quarter are vaccinated but not boosted, according to the Kaiser Family Foundation. A booster shot sharply reduces the chances of severe Covid illness, especially for vulnerable people like the elderly and immunocompromised.

I know that last point may sound counterintuitive. The elderly and immunocompromised, even if boosted, face a higher risk of severe illness than a healthy, younger person. But a booster shot still reduces the risk more for a vulnerable person than for an average person. It’s a common dynamic in medicine: Treatments tend to be most valuable for the most vulnerable even if they do not eliminate risk.

Despite the huge value of additional vaccine shots, many Americans simply aren’t getting one. The number of shots given per day, including both initial doses and boosters, has fallen to the lowest level since the beginning of the mass vaccination campaign, in early 2021.

Including first, second and booster doses