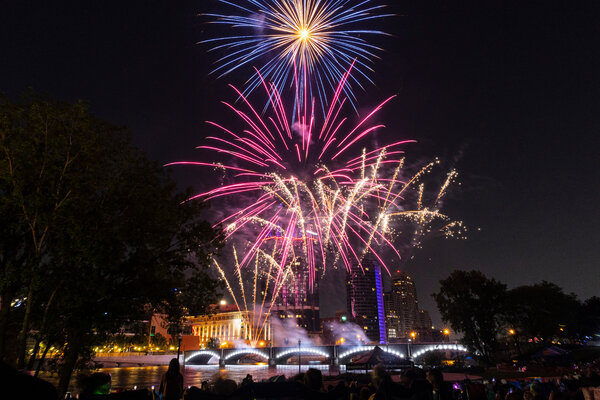 Bret Stephens: Hi, Gail. Hope you had a nice Fourth of July. Politically speaking, most of the fireworks seemed to be coming from the Supreme Court. Any thoughts on how the term ended?

Gail Collins: Bret, I’ve never been too romantic about Independence Day. I guess in my youth I learned to regard a successful Fourth as one in which nobody got a finger blown off.

Bret: Where I grew up, Independence Day was on Sept. 16, though festivities began the night before with a famous shout. Anyone who knows the country to which I’m referring without help from Google gets a salted margarita.

Gail: Well, Sept. 16 is Mexican Independence Day — you know, we haven’t had nearly enough talks about your life south of the border. Putting that down for a summer diversion.

I admit I did have to look up the famous shout, which I assume is the Cry of Dolores, calling for freedom from Spain, equality and land redistribution.

Bret: Mexico was always progressive, though more in theory than practice. And if you really want to nerd out, next month marks the 200th anniversary of the Treaty of Córdoba, when Mexico gained its formal independence.

Gail: And Sept. 16 is also the day the Pilgrims set sail on the Mayflower. We need to set aside a fall conversation about history.

But right now we’re going to talk about the Supreme Court’s performance. Given its current makeup, I tend to see success in any get-together that concludes without total disaster. (The Affordable Care Act survives!) But I’m very worried about the way the majority is siding with the bad guys on voting rights issues.

Bret: Not that it will surprise you, but I was with the bad guys on that Arizona voting case. It isn’t at all tough for anyone to vote in the Grand Canyon State, in person or, for a full 27 days before an election, by mail. I don’t think it violates the Voting Rights Act to require people to vote in their precinct, or to ban ballot harvesting, which is susceptible to fraud.

Gail: One person’s ballot harvesting is another person’s helping their homebound neighbors vote. But I’m not as concerned about what the court’s done so far as where it will take us. We’ve got Republican states eagerly dismantling many procedures that make it easier for poor folks — read Democratic folks — to vote. And some have also been very protective of political leaders’ right to squish their voters into districts that are most favorable to their interests, even if some of them look like two-headed iguanas.