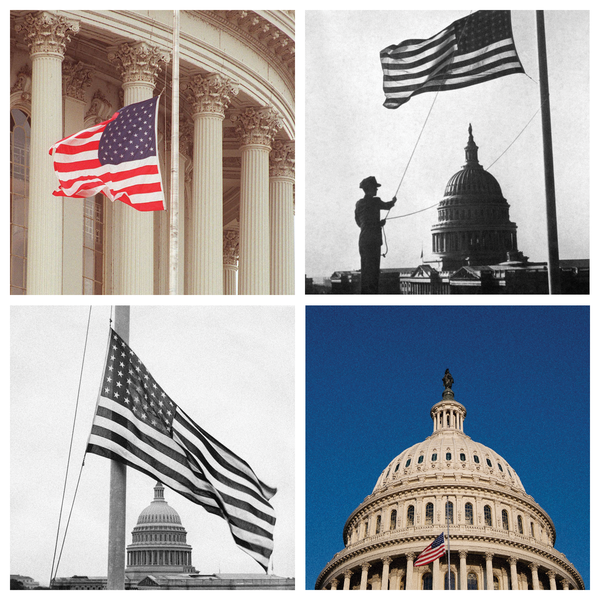 Mr. Kristof is a former Times Opinion columnist. He was a candidate for the Democratic nomination for governor of Oregon this year.

Gun enthusiasts protest that now is the time for mourning, not politics, for national grief rather than polarizing debates about firearms.

No, we resolved to act, even though these were hard challenges with no perfect solutions. Gun policy is likewise complicated and politically vexing, and we’re not going to make everyone safe. Still, experts suggest that over time we plausibly could reduce gun deaths by a third, or 15,000 lives saved annually, with a series of pragmatic limits on firearms and those who can get them.

So what’s a way forward? This will be painful for many of my fellow liberals, but I suggest that we work harder to engage centrists, talk about “gun safety” rather than “gun control,” and jump into the weeds. Social scientists suggest “complexifying” an issue to reduce polarization, and, sure enough, I find that I can (sometimes) have productive conversations with gun enthusiasts if we focus on technocratic details.

For example, consider the minimum age to buy or possess a gun. The suspects in both the Texas and the Buffalo shootings were only 18, and that’s not a surprise. Americans ages 18 to 20 account for 4 percent of the population but 17 percent of those known to have committed a murder.

In Wyoming, one of the most pro-gun states in America, the minimum age to buy a handgun is 21. Overall, one-third of states limit purchase of a handgun to those 21 or older, according to the Giffords Law Center to Prevent Gun Violence.

If we say that teenagers can’t buy a beer, isn’t it worth having a conversation about whether they should be able to buy Glock 19 handguns and AR-15-style rifles?

One study found that 17 percent of all firearms offenders obtained guns legally but would not have been able to do so if their state required handgun purchasers to be at least 21. Even more would have been ineligible to buy guns if there had been limits imposed on those with drug or alcohol convictions.

That’s another conversation to have. We typically don’t allow people with felony convictions to possess firearms, and wouldn’t it also make sense to bar purchases by someone with a recent misdemeanor conviction for drug or alcohol abuse, for violence, or for stalking? Only 10 states bar people with stalking convictions from buying guns.

We know that people going through breakups are particularly a risk to themselves and to their ex-partners. So why not pass red-flag laws that allow guns to be removed from someone who is undergoing a mental health crisis or subject to a domestic violence protection order? Even former President Donald Trump has backed red-flag laws.

What about universal background checks to buy a firearm? Polls suggest that gun owners themselves overwhelmingly favor universal background checks, yet 22 percent of firearms are obtained without them. In much of America, there is a more thorough review of people adopting a rescue dog than of those buying assault rifles. And should we really continue to allow people on the “no-fly list” to buy firearms but not board a plane?

These are pragmatic steps that won’t eliminate gun violence or avert every shooting. But they can make our country a bit safer. And while they will feel flimsy and unsatisfactory to many, they would at least break the paralysis on sensible gun policy. They would indicate that some progress is possible at a time when gun-related deaths have been worsening.

Nineteen elementary school children died in the Texas school shooting on Tuesday, along with two teachers. Nine days earlier, six people were shot in a California church, one fatally; and five were shot, two fatally, at a Texas flea market. A day before that, a gunman killed 10 people in a racist attack on Black shoppers in Buffalo.

When New Zealand experienced a mass shooting in 2019, that country acted in just 26 days to tighten gun laws. Here in America, it has been 56 years since one of the first gun massacres, the University of Texas tower shooting in 1966 that claimed 17 lives.

Yet we know that gun safety is not a hopeless task, because just about every other country manages to do better. The Onion satirical website regularly responds to mass shootings with a headline: “‘No Way to Prevent This,’ Says Only Nation Where This Regularly Happens.” It has a point.

The result of our paralysis is that just since 1975, more Americans have died from guns — including suicides, murders and accidents — than in all the wars in United States history, going back to the American Revolution.

Is the Second Amendment an obstacle? Perhaps to some degree. But most of us, judges included, recognize that we need some limits on weapons — few believe that private citizens should be able to possess mortars, or that it’s OK for 15-year-olds to buy assault rifles. The practical question is the difficult one of where precisely to draw the lines.

The truth is that we’re not going to ban guns in the United States any more than we ban alcohol, motorcycles, hunting knives, cigarettes or other products that can be deadly. Screaming, maximalist fights about “gun control” versus the “Second Amendment” have created a political stalemate as we continue to lose 45,000 lives a year to guns. That’s 123 lives lost a day.

This does not happen in other countries. Japan typically loses a single-digit number of people to gun murders in a year; we lost twice that in a single school on Tuesday.

Whenever I write about guns, I get indignant protests: Cars kill about as many Americans a year as guns do, but you don’t ban cars!

No, but we do work to make vehicles safer. Auto safety is a boring, nonpoliticized endeavor driven by engineers that has enabled us to live with dangerous objects — cars — and reduce the auto fatality rate per 100 million miles driven by more than 90 percent since 1923.