It’s bad faith in the name of bipartisanship. 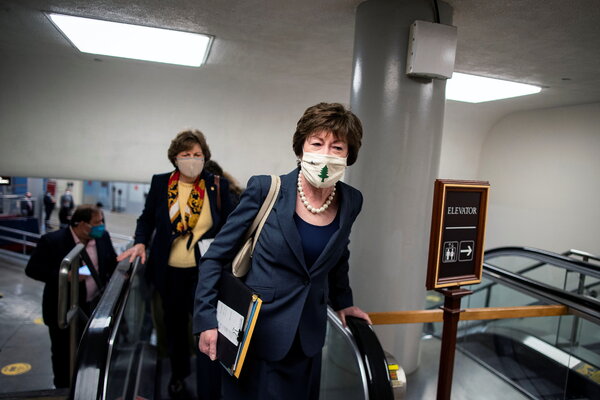 So 10 Republican senators are proposing an economic package that is supposed to be an alternative to President Biden’s American Rescue Plan. The proposal would reportedly be only a fraction of the size of Biden’s plan and would in important ways cut the heart out of economic relief.

Republicans, however, want Biden to give in to their wishes in the name of bipartisanship. Should he?

It’s not just that what we know about the G.O.P. proposal indicates that it’s grotesquely inadequate for a nation still ravaged by the coronavirus pandemic. Beyond that, by their behavior — not just over the past few months but going back a dozen years — Republicans have forfeited any right to play the bipartisanship card, or even to be afforded any presumption of good faith.

Let’s start with the substance.

By any measure, January was the worst pandemic month so far. More than 95,000 Americans died of Covid-19; hospitalizations remain far higher than they were at previous peaks.

True, the end of the nightmare is finally in sight. If all goes well, at some point this year enough people will have been vaccinated that we’ll reach herd immunity, the pandemic will fade away, and normal life can resume. But that’s unlikely to happen before late summer or early fall.

And in the meantime we’re going to have to remain on partial lockdown. It would, for example, be folly to reopen full-scale indoor dining. And the continuing lockdown will impose a lot of financial hardship. Unemployment will remain very high; millions of businesses will struggle to stay afloat; state and local governments, which aren’t allowed to run deficits, will be in dire fiscal straits.

What we need, then, is disaster relief to get afflicted Americans through the harsh months ahead. And that’s what the Biden plan would do.

Republicans, however, want to rip the guts out of this plan. They are seeking to reduce extra aid to the unemployed and, more important, cut that aid off in June — long before we can possibly get back to full employment. They want to eliminate hundreds of billions in aid to state and local governments. They want to eliminate aid for children. And so on.

This isn’t an offer of compromise; it’s a demand for near-total surrender. And the consequences would be devastating if Democrats were to give in.

But what about bipartisanship? As Biden might say, “C’mon, man.”

First of all, a party doesn’t get to demand bipartisanship when many of its representatives still won’t acknowledge that Biden won legitimately, and even those who eventually acknowledged the Biden victory spent weeks humoring baseless claims of a stolen election.