It seemed like everything was calming down, until it wasn’t. 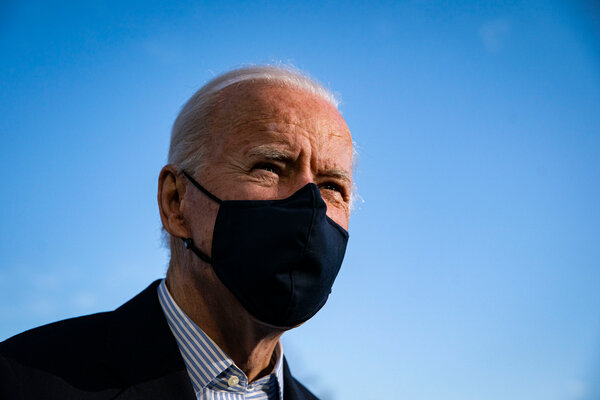 Bret Stephens: Gail, before anything else, I know we are both as one in our sense of heartbreak and horror at the massacre in Georgia. And while it’s not yet entirely clear what exactly motivated this depraved perpetrator, it has sparked an overdue recognition of anti-Asian hate crimes.

Gail Collins: Absolutely, Bret. As well as a wrenching regret that this is still a country where, in many places, anybody can walk down to the corner gun shop on a whim and buy a rapid-fire weapon that can kill multiple people in a matter of minutes.

Bret: Agree there, too. And a third thing we both agree on is that it’s good to once again have a consoler-in-chief in the White House, not to mention someone who doesn’t stoke racial divisions, like a certain former president I could mention. I don’t mean Millard Fillmore, either.

Gail Collins: Bret, I’ve never been a big defender of Millard Fillmore but I do think you’re mostly prejudiced against his name. If he’d been christened, say, Joshua Fillmore, he’d have been just as bad a president, but less memorable.

Bret: Little-known fact: After his presidency ended in 1853, Fillmore, who had been a Whig, was the anti-immigrant Know Nothing party’s presidential nominee in 1856, and actually won Maryland’s eight Electoral College votes that year. Lesser-known fact: Fillmore was out of the country at the time of the nomination and, given the state of communications back then, supposedly knew nothing about it. So he was a know nothing Know Nothing. Sorry, go on.

Gail: I wonder if there’ll be more or less people naming their children Donald in the future.

Gail: To get back to your point, it is sort of amazing how much Joe Biden has turned out to be the perfect president for the moment. But I have a vague memory that you’re not a fan of his actual domestic agenda.

Bret: Someone once pointed out to me that the American presidency combines the ceremonial role of head of state and the political role of head of government — unlike, say, in Britain, where the Queen is the former and the prime minister is the latter. I’m liking Joe a lot as head of state. He relates to human suffering. He shares the limelight. He speaks softly. And he isn’t using social media to pound himself into my head space like a construction-site jackhammer at 7 in the morning.

And, if you are a progressive, he’s getting a whole lot done. Trouble for me is, I’m not a progressive, which brings me to my objections to him as head of government.

Gail: Well, that’s sort of why we converse, although I really do enjoy the historical forays, too.

Obviously, I’m a fan of Biden’s plan. The big infusion of money to jump-start the economy and support the antivirus program has such widespread national support. Is that your big problem? Or the aid to states and localities? Help for victims of domestic abuse? I know I’m trying to tilt the argument here …

Bret: Gail, did you ever see the 1980s remake of “Brewster’s Millions?” Richard Pryor plays a minor-league baseball player who learns that he stands to inherit $300 million, provided he can spend $30 million in 30 days, and not just by giving it away or buying fancy assets. Turns out, it’s not so easy to do.