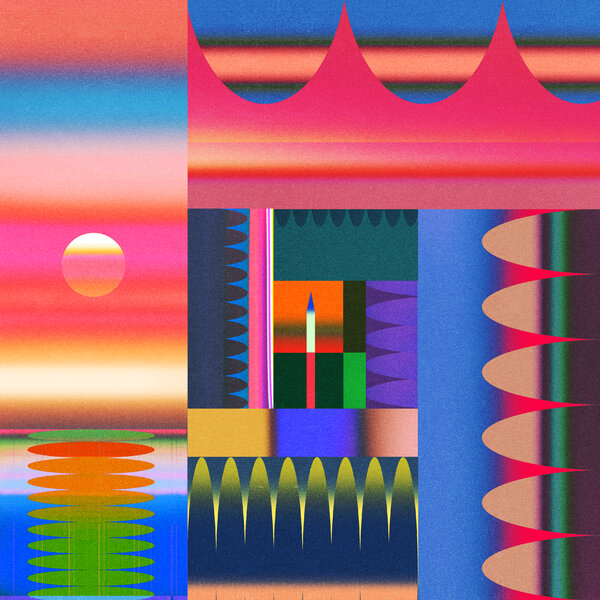 Among the first things you likely heard about the Inflation Reduction Act was its size.

The bill, signed into law by President Biden on Tuesday, makes $369 billion in climate and energy investments — by far the largest such investment in American history. Its many supporters have called it “transformational” and a “game changer.”

But there are several ways to measure the size of a bill, and given how high the country’s emissions targets are, even many of the I.R.A.’s supporters will openly concede that it is, on its own, inadequate. With overall investments of $437 billion, it is just one-fortieth of the size of Senator Bernie Sanders’s $16 trillion Green New Deal campaign package, one-twentieth of the size of Jay Inslee’s $9 trillion proposal and less than one-third of the size of Biden’s Build Back Better Act, which passed Congress last fall. Adjusted for inflation, the clean energy provisions of the I.R.A. are only about three times the size of the clean energy spending tucked into President Barack Obama’s Recovery Act of 2009, and less than half the total size of the bipartisan infrastructure bill passed last fall. In fact, the infrastructure bill spent about half as much on climate and clean energy provisions as this one does, though it focused on long-term research and development rather than cutting emissions today.

But at the risk of playing Pollyanna, I think it is also possible to see the size of the bill — its relative smallness — as at least a mark of good news. A bigger expenditure would have achieved more, of course. But emissions trajectories are not narrowly a matter of public policy, and the broader economic and cultural landscape is so different now than it was just a few years ago that public investments of even this somewhat smaller scale appear poised to make an enormous difference.

That’s because those public investments are being made not against dirty-energy headwinds but with the support of much broader tailwinds — and pretty intense ones. Thanks to technological change and the plunging cost of renewables, a growing political and cultural focus on decarbonization and increasing awareness of the public health costs of pollution and market trends for things like electric vehicles and heat pumps, it’s genuinely a whole new world out there. Not that long ago, the upfront cost of a green transition looked almost incalculably large. Today it seems plausible that quite dramatic emissions gains can be achieved for just, say, $369 billion — with an estimated payoff of nine million new American jobs, to boot. The average American household might pay $1,800 less a year for energy, too.

This year, global investments in clean energy are expected to exceed those in fossil fuels; in the United States, investments in clean tech have roughly quadrupled since 2017. For 90 percent of the world, clean energy is now cheaper than dirty alternatives, and while countries like Spain are boasting about more than tripling solar power capacity by 2030, in Texas, solar output has grown 39-fold in just six years. Globally, renewable output has grown fourfold in the past decade. Ten years ago, when the United States endeavored to tackle the problem of climate change, it tried to do so largely by punishing the cost of dirty energy with a cap-and-trade system. This time, it’s giving a kick-start, or a boost of momentum, to an already ongoing green transition.

In the weeks since Senator Joe Manchin of West Virginia first announced his reversal and brandished the basic text of his proposed compromise, this strategic choice of carrots rather than sticks has received some deserved praise: It’s better and more popular to subsidize cheap, clean energy than it is to make the bad stuff more expensive. Sticks could be useful too, of course, since it is ultimately how much carbon we put into the atmosphere and not how much solar power we produce that determines the future of warming. But the power of carrots also just reflects some new realities: To simplify radically, a 90 percent reduction in the cost of solar power over the last decade means that the same amount of money now goes ten times as far.

Each of the three major analyses of the new law — by Energy Innovation, Rhodium Group and Princeton’s REPEAT Project — take slightly different approaches and make slightly different assumptions (about how quickly carbon capture technology might scale, for instance, or how much friction could slow down wind and solar build-out). But the three models make projections almost in unison: about 40 percent reductions in American emissions, compared to a baseline of 2005 levels, cutting about a billion tons a year in carbon by 2030. This is just a little more than halfway from where we are to where we’ve promised to be, which means that much more could have been done — and that even though the bill represents massive progress that was improbable-seeming just a few weeks ago, it also marks a significant shortfall.

The models may ultimately prove optimistic, given the complications of infrastructure build-out: “It can take more than a decade to build an interstate transmission line to connect renewable energy generation to major metropolitan areas,” Benjamin Storrow writes in Politico Pro. “Yet most models assume many of these projects will be built by 2030.” And it is fair to wonder about the uncertain economics of some of the bill’s technological bets, like carbon capture and storage, which could allow emissions from industry and power generation to be trapped and sequestered, and which some climate activists and environmental justice advocates distrust. Robert Bullard of Texas Southern calls it “unproven,” and Elizabeth Yeampierre of UPROSE calls it a “false solution.”

Jesse Jenkins, who leads the REPEAT Project, says he believes that the tech problems of C.C.S. have been solved and that, with tax credits, the bill will address its cost problem, leading to a dramatic scale-up in use. Julio Friedmann, a former Obama-era Energy Department official turned carbon removal advocate, says that a rapid scale-up of C.C.S. would be, while miraculous, also plausible.

CarbonPlan’s Danny Cullenward is less sure. The co-author, with David Victor, of “Making Climate Policy Work,” Cullenward says he’s broadly enthusiastic about the new law and believes that C.C.S. could play a significant role in the country’s decarbonization future. But, he asks, “What happens if we throw a whole bunch of money in subsidies into fossil-adjacent infrastructure? What do we lock in? What happens? Who builds what? You can tell a story where that goes well, and you could tell a story where that goes poorly. And the difference between those stories is administrative capacity and regulation that guides the massive amounts of money that are coming out of the federal government.”